Creating a Game Character with ZBrush and 3D Coat

by The Scout 4 years ago 3 min read 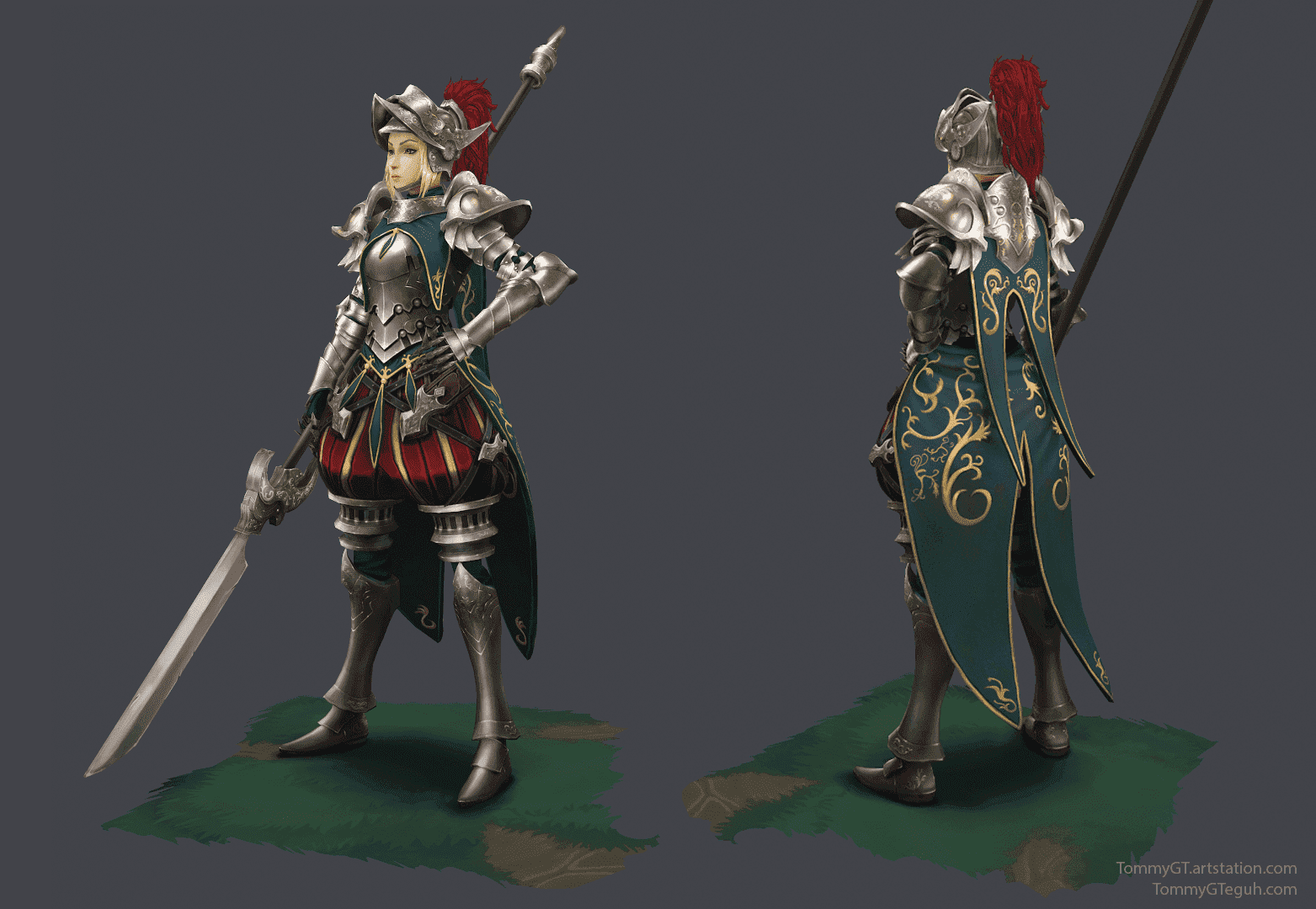 My name is Tommy Gunardi Teguh and I am a freelance 3D Character Artist. I recently graduated from Monash University and have since undertaken professional and personal work on several projects. Here is a tutorial about how I created a game character as a personal project.

As a freelance character artist, I generally work off a given concept, sometimes loosely or precisely, depending on the client’s needs. The Knight is a personal piece I did to practice this, while also giving me enough room to design several elements of the character that are unseen in its 2D form, such as her rear view and specific armor pieces that are only vaguely suggested in the concept.  The Knight’s concept on the left is done by Kyoung Hwan Kim ‘Tahra’.

When I start, I collect many real life references to uncover how I can bring the Knight alive. These are mostly amour related images, accompanied by decorative patterns and anatomy images.

I sculpt the high poly in ZBrush, blocking forms first for a good while and then revising the proportions before going into detail.

I define the characters technical constraints very early on. For the Knight, I decided it should be a diffuse only, handpainted character without using any form of lighting. Kyoung Hwan Kim did an amazing job establishing this character in his illustration and it is up to me to follow through with the 3D execution.

I sculpt the high poly in ZBrush, blocking forms first for a good while and then revising the proportions before going into detail. Keeping things clean at this stage helps to keep character’s silhouette readable and straightforward.

Usually, for a handpainted piece, you might be able to get away skipping the details since it can be painted in later on. However for the Knight, I decided to go in and detail further to practice my sculpting. I then retopologize and unwrap in Maya.

Texturing comes afterwards with the majority of it taking place in 3D-coat, and then later finalized in Photoshop. The style of the character will determine how best to hand paint the textures since certain games like League of Legends require specific attention to a top down view. For the Knight, I intend to make her look good in a third person view and still acceptable when zoomed in.

With the diffuse maps painted, the Knight is done! Check her out in 3D via Sketchfab to see how she looks posed. I did a very basic humanoid rig to move her around and will sometimes go in and move individual verts directly to correct certain parts of her stance.

I joined The Rookies to see how I would fare with other artists around the world, and it has truly been a humbling experience. There are many amazing entries from everyone else and it shows me just how much I still need to improve.

I would like to thank Kyoung Hwan Kim, otherwise known as ‘Tahra’, for letting me realize the Knight. Big shout out as well to my awesome mentor, Yekaterina Bourykina, who gave detailed critiques to push this project further. Finally, a toast to Sketchfab  for making it easy for 3D models to be shared the way they are meant to be.

How to Build Victorian England in Unreal Engine 4

How to create an Interstellar Helmet using Substance Painter and Mari