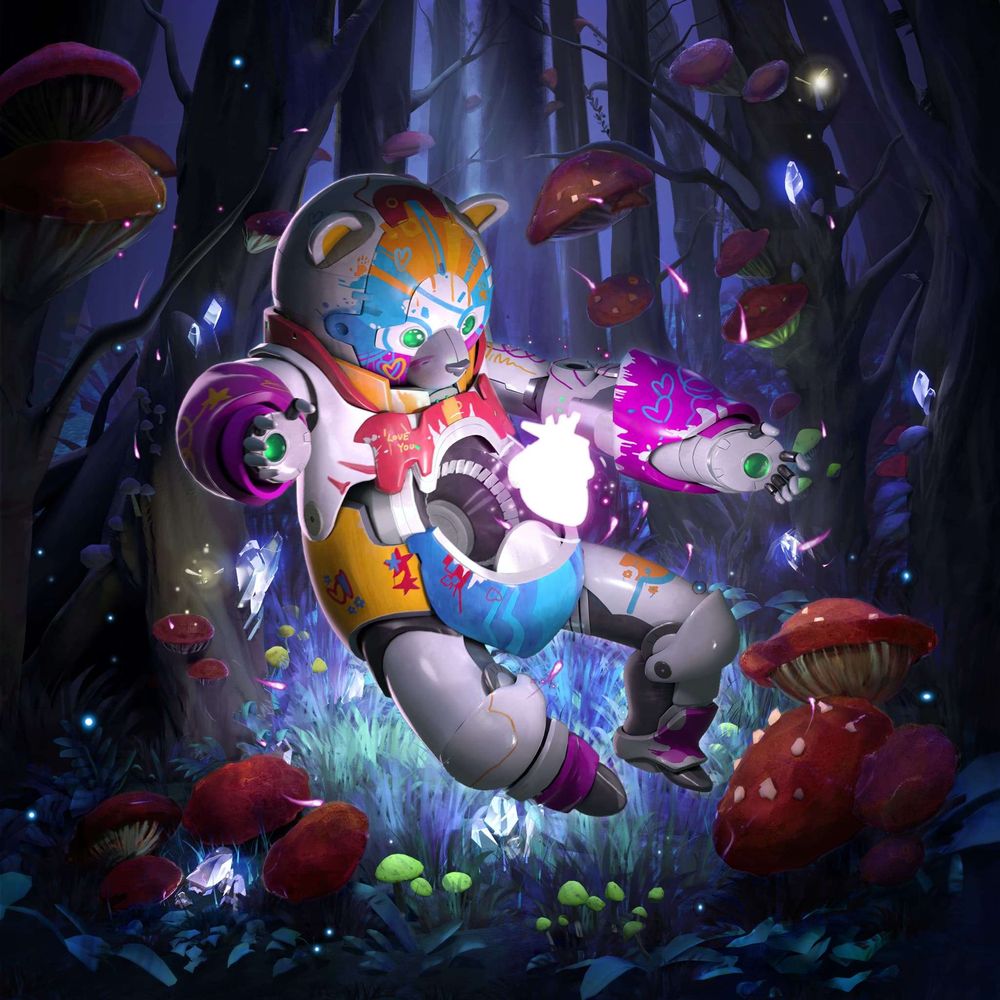 Soumya Verma is a student from Pune, India. For her Term Project at Think Tank Training Centre, she blended two concepts together to create her final 3D piece.

In this article, she will be sharing a breakdown of the project and some tips on concept selection, creating materials, texturing and compositing.

To start, here is a list of the software that was used for this project:

The idea was to look for a stylised concept which had both organic and inorganic objects. I Found the mech Bear “Hope” concept by Mathias Osland, while searching for concepts on ArtStation. It immediately stood out as a project that could translate well in 3D, and so I decided to take it as the primary concept.

After that, I looked for the secondary concept which was an environment scene. The concept had to fit well with the Bear visually as well as support a narrative.

When putting different concepts together, It is important to match the camera angle of the character with the background.

I brainstormed different scenarios in which the character could belong. I had three settings in my head: A sci-fi Lab, an alley, and a mystical forest and I looked for concepts on these three themes. After that I superimposed the bear character on the concepts roughly to get an idea of how it would look. A concept with a good amount of repetition is ideal as they look complex quickly, so you can spend more time on the main elements.

Finally, I found a perfect environment concept – “Dark Mushroom Forest” by Nele Diel, for which had all the organic elements that I wanted to add.

When putting two different concepts together, It is important that they complement each other and look like a cohesive piece.

Before starting with the project, I marked out the main light sources, materials, environment effects and shapes. I worked on both the concepts separately and composited them in Photoshop.

Setting up priorities is crucial if there are a lot of elements in the scene. My main goal was to complete the primary concept first and then spend the rest of my time on the environment.

I had six weeks to complete this project and this is a rough estimation of how I spent my time:

It is good to have a rough idea about how the final output will be presented, whether it will be a still frame or a turntable. Since my project was going to be a still image, I made my choices and did most of my problem solving based on that.

Recreating the Character Concept in 3D

The character was symmetrical, so I modelled only one side of the character and created an instance for the other half. I also added the main light sources early to compare the model with the concept.

Start Simple. The primary focus was to get the proportions and the camera angle right. Taking a day or two to nail the camera angle as good as possible is fine, but it is okay to not be a perfectionist about it. In the block out stage, I prefer creating shells rather than extruded panels and keeping things fairly low poly and basic.

For a lot of objects, I created UVs before adding control edges and subdividing the mesh. Main tools that I used for this stage were Multi-Cut, Duplicate, Bevel and Extrude.

I hand painted the graffiti textures on the model in Mari. Using the Diffuse channel as the base, I created Gloss, Spec and Bump maps.

I also created masks for the white paint material, the graffiti material and the dark metal material. These masks were used in V-Ray Blend Material so that I could tweak properties of each material individually. For the remaining objects I created V-Ray materials and used the Bump map that I made in Mari to add details.

I interpreted this material as the marble looking eyes that are used for teddy bears and dolls. To recreate that, I placed a plane with a green glossy material inside a glass like material and it created the illusion of the depth.

There were three light sources and a couple of lights to get some specific reflections. For making the green glowing lights, I assigned V-Ray Mesh Light  to the geo and gave it a green diffuse color. There was one camera for the bear and another for the environment so that I could toggle between both concepts.

The silhouette of the heart was more important than the geometry. The heart model was only used to get a mask and a placeholder during early renders. I added the glow effects in photoshop later.

Recreating the Environment Concept in 3D

The environment scene was the secondary concept. Since there was less time for it, I focused more on getting the atmospheric effects right, which was done in the look development stage. The environment had 4 key elements which I list out below.

For the atmospheric fog, I used a fluid container  and played around with the textures settings to get the desired result. There were 2 main light sources in this scene. A spotlight falling on the grass and another light in the background.

For combining the concepts together, I added a soft glow around the bear. To emphasise the character further I added a vignette in the background.

All of the effects were created in photoshop. Using stock images of bokeh, spiral patterns is handy. I painted the important strokes and used color dodge and gaussian blur for creating the glow effect.

Even with all the planning, there were a lot of times when I got behind schedule, especially during the later stages. To overcome this, I made a priority list and kept on updating it till I finished the project.

Oftentimes, we make the mistake of making unrealistic targets and expect everyday to be ideal and it is never the case. There should be always room for mistakes, so you can learn and grow from them. I learned a lot while working on this project and I still have a long way to go.

I would like to thank Think Tank Training Centre for providing me the knowledge that I needed to make this project, my supervisor James Clark for his valuable feedback and some awesome solutions that helped me push the concept further, my fellow students for motivating me and my family for being supportive throughout my entire art journey.

Thank you for reading this article, I hope it gave a general idea of my process and will be helpful for your own project. If you have any questions related to this project, feel free to reach me out on any of these platforms.

Also, I want to thank The Rookies for giving me an opportunity to share my work on this platform.

Dagmawi Tsegaye is a self-taught 3D artist currently developing his technical and artistic skills using procedural tools. In this article he shows us how to layer details in Substance Designer to achieve realism in 3D art. 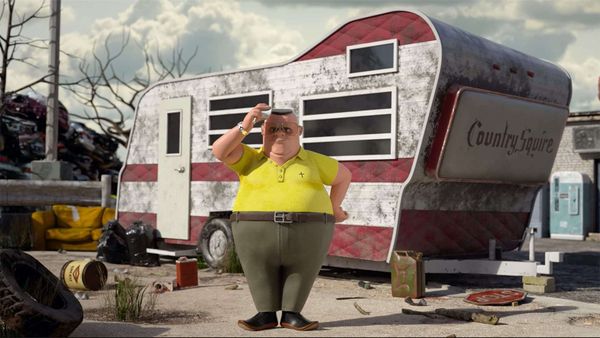