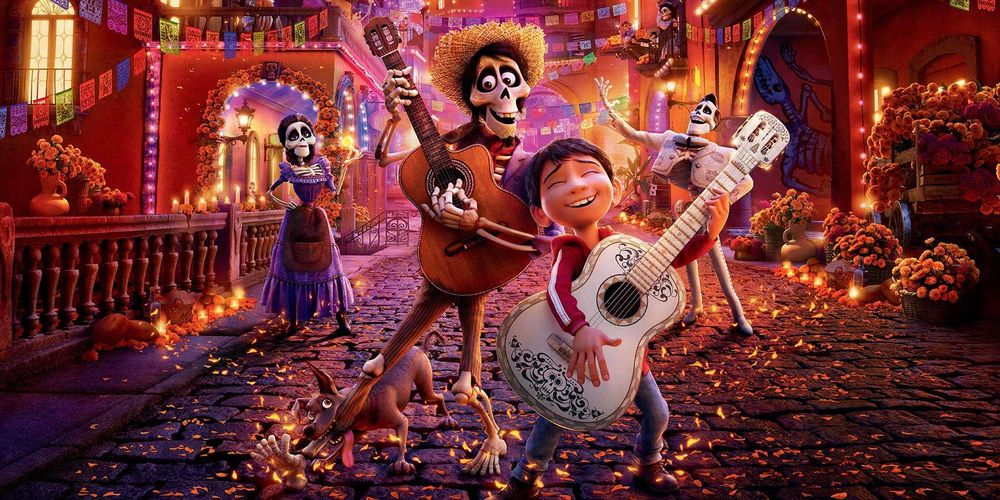 Learn the Principles of Film Making from Pixar Animation Studios

Sometimes, creatives in the filmmaking industry fail to understand the math, science, and technology behind the craft. Maybe they didn’t pay attention in school, maybe they’ve just forgotten, or maybe they’re learning as they go. If you feel that you fall into one of these categories, then

Sometimes, creatives in the filmmaking industry fail to understand the math, science, and technology behind the craft. Maybe they didn’t pay attention in school, maybe they’ve just forgotten, or maybe they’re learning as they go.

If you feel that you fall into one of these categories, then the creative professionals as Pixar have some excellent wisdom to share through the Khan Academy training series Pixar in a Box.

Since Pixar in a Box is aimed at kids, there’s plenty of material that won’t be new to you. However, if you don’t know which way your F-Stop should be going, what a color gamut really is, or why color contrast is so important in your images, then the following courses will help fill in these knowledge gaps.

The third season of Pixar in a Box is now available with a focus on Storytelling— and a follow-up module on Character, coming soon.

It’s ok that your idea isn’t perfect right out of the gate. But it’s just about identifying if there is something there emotionally that is drawing you to it, and if there is … then there’s something there and you can keep working on it and changing it, but always remembering what was that initial feeling that drew you to that idea. — Pixar on Storytelling

Each course is a mix of short video lessons and interactive exercises to test your learning on a specific topic. Each module would easily fit into a lunch break, or you can watch them at home.

Here’s a quick list of all the Pixar in a Box modules currently available on the Khan Academy.

If you’re a colorist, DP, editor or DIT and you want to get a better grounding in color science, color theory, and creative concepts, then the Pixar in a Boxshort course on Color Science is for you.

Taught by Pixar color scientist Dominic Glynn, this course introduces how color works, how your brain perceives it, and how all of that affects color grading in film.

The course also covers RGB and HSL color spaces, color gamuts, and much more — including a lesson in the Pixar grading suite with DP Sharon Calahan and colorist Mark Dinicola, who both worked on Ratatouille.

The following is one of the ways the Pixar team used color correction on Ratatouille:

We wanted to make the human skin look good and the food look really good so we added a little bit of red to the darks, the deep darks so that it kind of tied the look together and almost made the film feel like it was dipped in chocolate a little bit.

If you’re a shooter who can make decent-looking images but can’t explain why you’re doing what you’re doing to anyone else, then this course on Virtual Cameras will help you brush up on the technical details.

The course, taught by Patrick Lin, Director of Photography on Inside Out, and Adam Habib, camera lead on Inside Out, covers how lenses work as well as the intricacies of depth of field, focal lengths, and how that all of this interweaves with cinematic storytelling.

It’s a great course for editors and motion graphics artists, especially those working in 3D environments, who want to better understand how to match their virtual cameras to real-world photography.

One of the things that stood out to me in the Storytelling with Camera lessonwas that they add “bad camera work” to some shots to make them seem more “real.”

We want the camera to feel real … and imperfection is part of the real world … In Act Two and Three of Inside Out especially, when the cameraman is trying to follow an action, we purposefully miss some of the focus marks and then refocus. It’s just some of the subtlety we’re trying to do to try to get the imperfection.

One of the modules that was most intriguing to me personally was the course on Effects that focuses specifically on water simulation. It’s amazing how far water simulation has come in animation and visual effects in the past decade or so. And the team at Pixar are taking it into stunning new realms.

If you haven’t really played with any kind of particle simulation in After Effects, then the interactive simulators will help you understand the core concepts of working with particles.

The final phase of any Pixar film is rendering. These days, rendering a single frame can take dozens of hours, even using massive render farms. Even with Pixar’s incredible technology, it took a couple of years to render Monsters University.

Pixar’s data center full of humming servers — double the size that the company used in the past …would be considered one of the top 25 supercomputers in the world. The 2,000 computers have more than 24,000 cores. The data center is like the beating heart behind the movie’s technology.

Even with all of that computing might, it still takes 29 hours to render a single frame ofMonsters University, according to Supervising Technical Director Sanjay Bakshi. — VentureBeat.com

In the Pixar course on Rendering, you can learn about Ray Tracing and how the technicians at Pixar go about matching light’s natural properties, such as rays, reflections, and more.

A ray tracer constructs a mathematical ray that starts at the virtual camera, crosses the center of the pixel, and then extends off into the scene … The ray tracer computes the closest intersection point between the scene object and this ray. It then determines the color of the intersected object at that point, and paints the picture of that color.

Whatever creative field you’re in, the Pixar in a Box series on the math and science underpinning some of cinema’s most successful films will leave you better informed and more inspired.

Reprinted with permission of PremiumBeat. 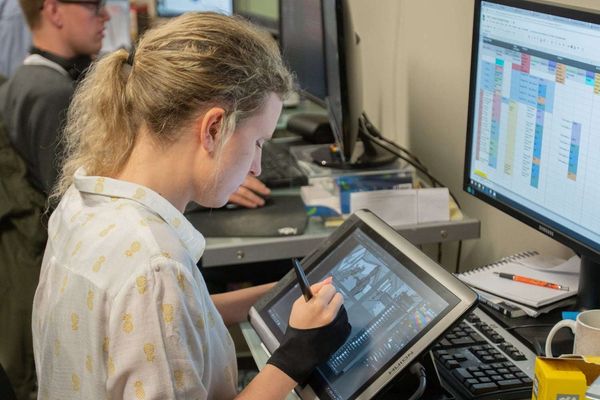 Monkeystack Studio opens its doors to talent with a good attitude and a clear passion The digital industry is dynamic, creative and ever-evolving, but how do you find your place in it and what should you expect? Justin Wight [https://www.linkedin.com/in/wightjustin/], Director at Monkeystack Studios [http:

Award-winning visual effects studio has built a new classroom facility to accommodate more students and a new program offering a Graduate Certificate in Dynamic Effects and Lighting. Responding to demand from aspiring visual effects artists from across Australia and beyond, Rising Sun Pictures [http://www.rsp.com.au] is expanding