Beat Reichenbach is a visual effects artist working at Blur [http://www.blur.com/] Studio in Culver City. Originally from Switzerland, Beat moved to the United States to pursue his passion by studying and graduating from Gnomon [https://www.gnomon.edu/]. Since graduating, he has been on the Scene Assembly

Beat Reichenbach is a visual effects artist working at Blur Studio in Culver City. Originally from Switzerland, Beat moved to the United States to pursue his passion by studying and graduating from Gnomon.

Since graduating, he has been on the Scene Assembly team at Blur, focusing on lighting and look development for a variety of content, including AAA game cinematics and feature films. One of Beat's last projects was the Netflix show Love, Death + Robots.

I am a Scene Assembly Lead at Blur Studio. Scene Assembly is a unique department that is responsible for environments, lighting, rendering, and sometimes even compositing. Due to this broad scope of required skills, most of the Scene Assembly artists are generalists. Being a good problem solver is a must as every project brings new challenges. As a lead, I am working closely with the CG Supervisors to develop the overall look of the sequences, as well as creating templates and writing project-specific tools that will help support the team.

I work for Blur Studio, which is an animation and visual effects company located in Los Angeles that specializes in video game cinematics. We have created cinematics for titles such as; League of Legends, Destiny 2, Far Cry 5, Elder Scrolls, and Halo. We are also the studio behind the Netflix animated anthology series Love, Death + Robots.

We get to work on a variety of styles across our shows, for example, the look of the League of Legends cinematic was very stylized, while our Far Cry trailer had a much more realistic tone.

I took my first steps in 3D with Blender when I was in high school. Most of my free time I spent honing my modeling skills. I loved creating car models and sculpting characters and creatures. As an avid gamer I was always fascinated by trailers from studios like Blur and Digic. I wanted to learn how they were made which led me to pursue a career in this industry.

After I graduated from high school in Switzerland, I spent some time looking for a job or internship in the industry. Most of the studios in Switzerland that I found ended up being small places doing archviz jobs. After some time though, I found a studio on the other side of the country that was doing commercial work for television. They were generous enough to offer me an internship and I was able to model and texture assets for them. I went to work with a smile because that was the moment I realized I could do this for a living.

After working in Switzerland, I decided to travel to Los Angeles and study at Gnomon. At the beginning of school, I was pretty sure I wanted to become a character modeler. I learned a lot about modeling and texturing, so I was happy with my path.

During one of the projects my instructor, Miguel Ortega, pushed me to put my creature into an actual scene. It was a great challenge because this was something new and I was afraid it would not fit with my goal of becoming a character artist.

I soon realized how much there is to learn about visual effects and started to really embrace being a generalist. Additionally my interest in design and cinematography grew. While in my last year of school, I was able to intern at Blur Studio on the scene assembly team, which eventually led to a full time position.

A typical morning is spent collecting our renders from the farm, and compositing our shots for dailies. During the afternoons, I work on assigned shots as well as my other lead duties. Before we leave for the day we try to send new renders to the farm.

While this is an ideal day there are usually things that pop up. Sometimes it’s an environment that needs detailing, other times it’s technical issues that need to be solved. Who does what really depends on each artist’s individual strengths.

Maya, 3ds Max, and ZBrush are used for modeling. Texturing is usually done in Mari for characters, and Substance is used for environments and props. We use 3ds Max for lighting and render our passes along with VRay, and our farm jobs are managed with a proprietary tool. All of Blur’s compositing work is done in Nuke, and Shotgun is used for production tracking.

Since we’re at the end of the pipeline we often work directly with the vfx supervisor and director. They decide on a look for the show and give us notes on our shots. When we’re not compositing our own shots we will work closely together with the compositing department making sure they have all the needed render passes. Most interactions with other departments are usually handled through coordinators and production staff.

One thing you wouldn’t mind seeing changed is?

I love being surrounded by so many motivated people who are eager to learn and get better at what they’re doing. Our industry doesn’t have an easy entry so it’s rare to find people who don’t enjoy what they’re doing. I learned so much from other artists who were willing to share their secrets with me and I hope this will never change.

The reason why there is so much to learn is because technology is constantly evolving. Personally I really don’t mind seeing new tools coming out and making things easier. There are always new workflows which is exciting.

No, I have seen people without a formal education work in the same field. However school often provides students with an understanding of art fundamentals with classes like figure drawing, composition and perspective drawing. Drawing with pencils seems far removed from the computer work we do now but it has helped me tremendously.

Formal education can also help a student focus on their project and give access to teachers with lots of knowledge.

My advice for people considering formal education is to do a lot of art before going to school. Try to figure out whether this is really what you want to do because art school is really expensive.

Junior artists often work closely with their project’s Scene Assembly Lead. They will be handed a shot template with all the building blocks necessary to assemble their shot and a light rig. Some set dressing might be necessary as well as compositing their passes in Nuke. The cool thing about Blur is that if a junior artist shows interest in a certain area, they do their best to help. For example, if they excel in scripting, they might be asked to develop some simple tools, or if they are interested in modeling, they might be able to help out with environments.

I recommend creating a shot as their next project. They can take any movie trailer with a shot that has one asset in it, an environment that isn’t too complicated and try to recreate it. They will learn so much from doing this and it will stand out more than a turntable in front of a gray backdrop. This applies both to real-time and pre rendered work.

They will learn about camera work and composition. This will lead to the question of how much of the environment needs to be modeled and what can be solved with matte paintings. Depending on their interests they can either create fx elements in Houdini or try to create them with 2d cards in Nuke. If something goes wrong, they can render out a still frame and touch it up in Photoshop but either way it’s a great challenge with lots to learn.

Stick to deadlines and finish the project. At least for me, there’s nothing more rewarding than finishing a project. And if you have a deadline, even if it’s your own, it makes it easier to plan ahead.

Classes at Gnomon where always 10 weeks long, so that was the deadline. I often had the urge to keep modeling, fixing issues here and there but by following a schedule I was guaranteed to have a finished project by the end.

It can be hard to call something done when you know you could improve it. Especially as a student, I feel it’s important to focus on one thing and not worry about the three unfinished pieces from last semester. So stick to deadlines and finish the project, no matter what.

Scatter more objects on surfaces. This is one of the biggest differences from my personal work during school and the professional work I do now. There’s almost always something on the ground. In nature, for example, there are rocks, leaves, mushrooms, pine cones or sticks. If you study these landscapes you notice patterns. Leaves tend to collect along the edges of paths and mushrooms grow in groups around trees etc.

This also works for close up shots. Often times dust as a texture is not enough and you need to scatter small dust particles, dirt, ashes or trash. Again it’s fairly easy to notice patterns such as dirt and dust accumulating in areas that are hard to reach, along crevasces and in corners for example. 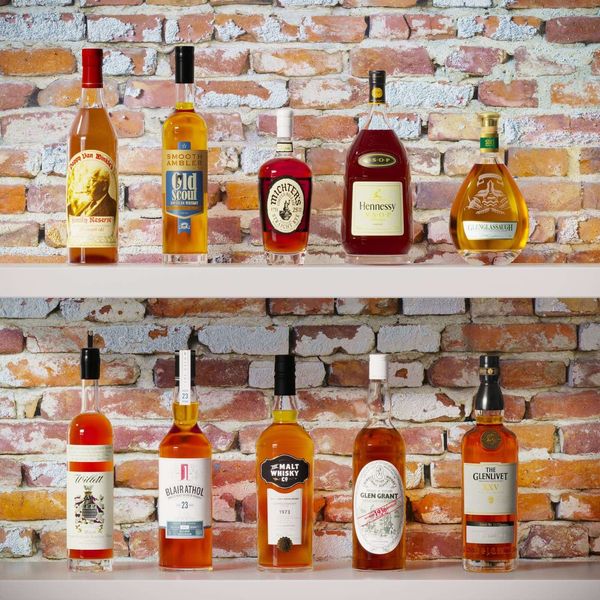 Mirko Venturi is a 3D artist from Italy, living in Sydney, Australia. Mirko has worked at Binyan Studios since 2014 and has been passionate about everything CGI since 1998 - especially anything procedural. 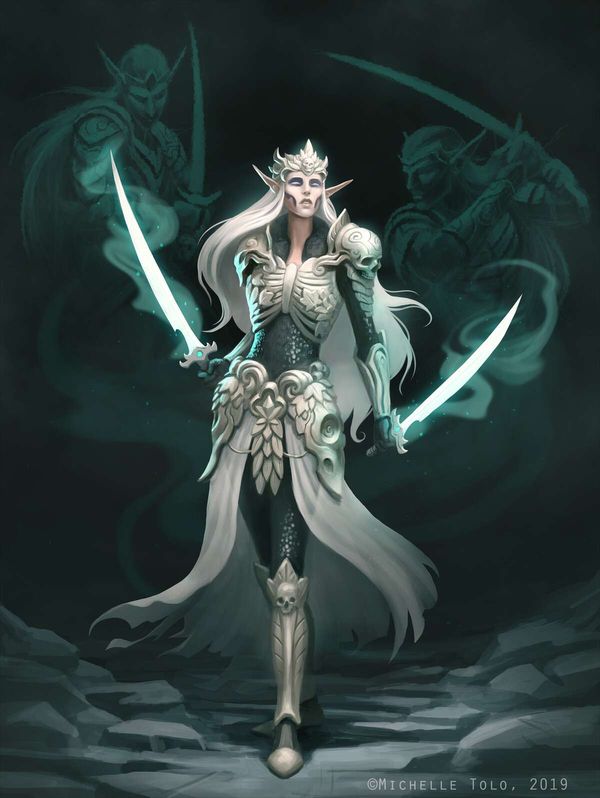 Today we throw the spotlight on Rookie Awards 2019 judge, Michelle Tolo. She is a Norwegian concept artist and illustrator, currently based in London. She studied computer graphic art at the Animation Workshop in Viborg, Denmark. Since then she has spent two years working as a concept artist at MPC