learned most of the skills I use day to day, on the job, but I picked up almost all my foundational skills during my time at DAE. I already had some basic programming knowledge when I started but I knew basically nothing about how games or films were made.

Want a successful career working as a Pipeline TD for high profile visual effects and animated feature films? Pipeline TD Marieke van Neutigem sits down with us to share her journey to Montreal DNEG, and provides some invaluable advice to other artists looking for an equally exciting and challenging career.

Relatively late! After my first year at Digital Arts and Entertainment (DAE) where I'd been following a mix of technical and artistic classes, I realised that I was quite good at programming but I had the ambition to work in film, not in games.

The problem was that during the second year we had to choose a major so I was torn between the Game development track which was more heavily focused on programming, and the VFX production track which was more artistically focused, and would prepare me for the film industry. Luckily they allowed me to follow one full degree major and add on extra courses from the other programme in my spare time as long as I could handle it.

So, I was able to do the Game development degree programme while also following courses in rigging and animation from the VFX programme. I only really realised I would be able to combine the two in an actual job when I started looking for an internship for my final year.

I'm currently a Pipeline TD. I'm involved with ensuring the smooth running of the department and show I'm attached to. I work mainly for the Layout department, so that means I work closely together with the layout supervisors, but also with the pipeline and CG supervisors on the show, to come up with new tools and ways to improve the workflow for our artists. When I first started I was doing a mix of both desk-side troubleshooting and helping artists fix their problems, and tool development. Lately, I've been more focussed on the latter.

I work at DNEG, specifically in the Feature Animation Division within the studio. I started with them in the London office but transferred to Montreal a couple of months ago. Currently, we're working on our first full feature animation show, which is set to release next year.

As part of my degree programme at DAE, I was required to do an industry internship during the last semester. We were pretty much given carte blanche as long as it was somewhat relevant to our studies. Over a couple of weeks during my Erasmus semester I sent out a couple applications to different studios every week, for roles ranging from 3D Animator to Software developer.

One of the applications was an e-mail to one of the recruiters at a german VFX and animation studio called Trixter. I explained about my interests, the internship I had to do, and my skills, and we agreed on a position in the rigging team where I could intern for them for 6 months. I got very lucky as I was able to work on some very cool projects including Captain Marvel.

I learned most of the skills I use day to day, on the job, but I picked up almost all my foundational skills during my time at DAE. I already had some basic programming knowledge when I started but I knew basically nothing about how games or films were made.  DAE pretty much taught me the entire pipeline, of course not exactly how it is in real production, but they taught me how to navigate dcc's like 3DSMax and Maya and how to model, rig and animate in them.

I learned relatively in depth programming knowledge in C++, and although I currently work mainly in Python, a strong OOP foundation is transferable to most other languages. I picked up most of my python in my spare time before I started my internship and learned a lot more on the job.

What was the interview process like and what advice would you give others?

The interview process for my internship went very easily. I don't remember exactly but I think I only did a phone or Skype interview with the head of rigging and a recruiter. We talked about what I was supposed to get out of the internship, things I wanted to learn and skills I already had. Since I'm in a more technical role I don't have a reel and the interviews tend to be part technical questions, part getting to know me, and part me getting to know the studio. Sometimes there might be a coding test.

Typically, I start the day by checking my e-mails, tickets and messages. DNEG is a global company so London will already have been in for a couple of hours by the time I start, so I catch up on anything I might have missed. I usually write down what tasks I'm looking to achieve that day.

We then we have a stand up meeting with the pipeline team where we go over what we're working on and anything that might require attention. After that I usually have the morning free to work on whatever project/tool I've been assigned and continue that for the day. The day is also full meetings and occasional training sessions, for example, sometimes they run Houdini training that we can attend.

Every now and then a critical issue comes up which might need immediate support so then I spend some time debugging an artist problem or forward it to another member of the team to solve. First line artist support is usually done by the more junior members of the team - when I had just started I was often jumping between problems and quickly solving artist issues, not so much developing new tools.

Depending on the discipline, a Pipeline TD will be more specialised in a different digital content creation (DCC) tools. Layout and Animation Pipeline TD's will be more familiar with Maya whereas an FX Pipe TD will know everything about Houdini, and a Lighting Pipe TD will be knowledgeable in Katana or Clarisse, and a comp Pipe TD will know all about Nuke. I personally mostly work in Maya. We also use different third party and open source standards like Alembic, OTIO and USD. There are many in house tools that the pipeline team supports as well.

I work closely with the pipeline team, the pipeline and department supervisors and CG supervisor. I also work together with the layout artists to make sure I understand their workflows and to solve any problems they might have involving my tools.

Working together with the artists and department supervisors is one my favourite things about my job. Creating something that will solve a problem for them and speed up their work is a lot of fun.

Being in Pipeline means not being an artist ,so it's sometimes hard to explain when my name is in the credits of a film what exactly I did on the project!

It's a great way to learn the fundamentals of how films and games are made and requires no prior knowledge. The internship in the last year is a great opportunity to get your foot in the door. DAE is also relatively cheap and has a big network of alumni all over the industry. When I moved to Montreal there were already a couple of my classmates here - it's always nice to already have some sort of network when moving around.

I thought it would be a lot more ruthless, I'd hear stories about crazy crunch time that scared me a bit but I personally always work just 40 hours a week. It requires some time management skills but there's really very rarely a need to stay late especially being in the pipeline team. A perk of being in the Feature Animation Division, is that we have much longer running projects and I mainly work with layout so fairly early in the pipeline!

If you could give one piece of advice to artist’s trying to get a job, what would it be?

Be nice to everyone! This industry is so small and if people like working with you word will travel fast, which probably has just as big of an impact as a killer portfolio. 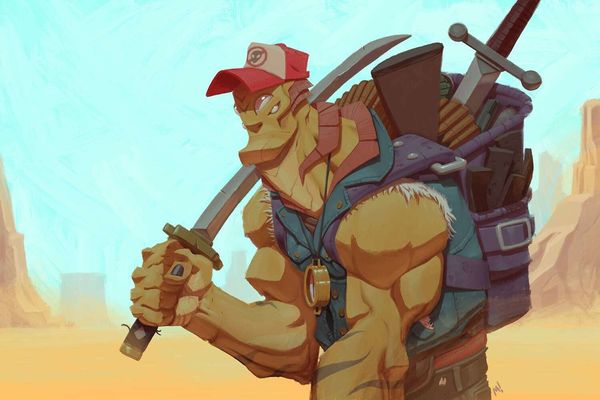 Thanks to the internet, a strong portfolio (plus resume) gets you the interview. Your personality shows us we can spend 40+ hours a week with you. Your passion shows us how much you care about your work, your profession, and games as a whole. These three qualities land 90% of jobs. 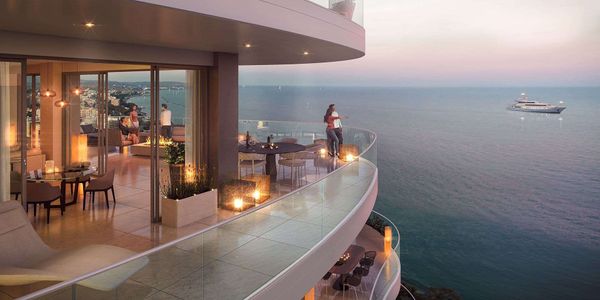 There was no CGI industry when I started! In the late 1980’s I went to college to study architectural design on the advice from my architect father with the hope I would join the family firm. My dream was to be a traditional cartoonist and live a surfer lifestyle.