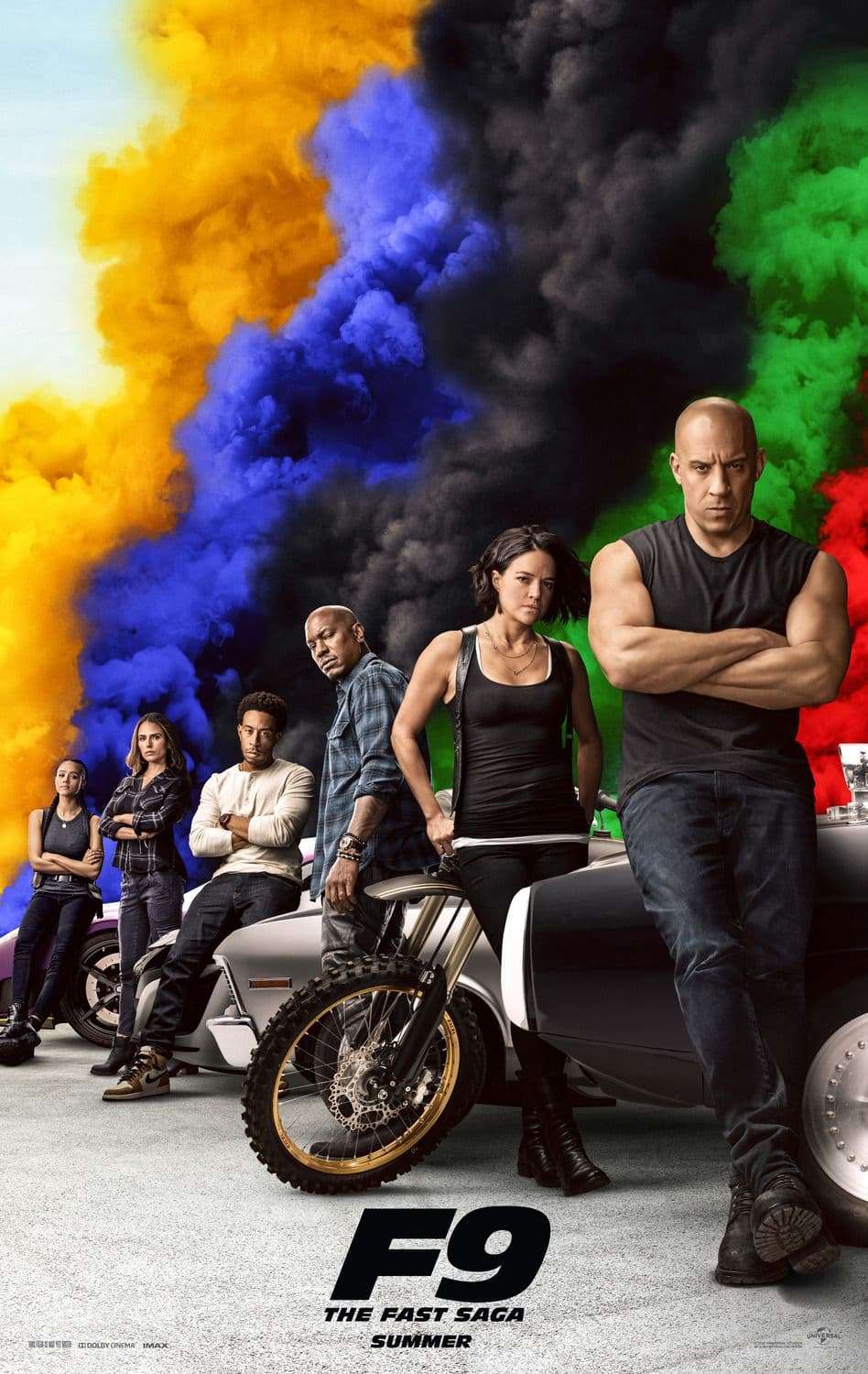 Career Advice - Working as a Previs Artist with Jiamin Wu

In this article, Jiamin Wu shares her journey and advice to aspiring artists looking for an exciting and challenging career like her own.

Want a successful career working as a previs artist? Jiamin Wu graduated with a Bachelor of Fine Arts from Ringling College of Art and Design, majoring in Computer Animation. She went on to become a previs artist at Proof Inc. in Los Angeles, and she shares her journey and advice to aspiring artists looking for an exciting and challenging career like her own.

I’m a previs artist. Previs is short for pre-visualisation, which is a process where the artists plan the camera movements as well as the basic character animations before the movie is filmed. Previs is used in commercial projects and video game cinematics as well.

I currently working for Proof Inc, based in Los Angeles. I usually work for big-budget Hollywood films like Fast and Furious 9, because they’re the ones that need to figure out extremely complicated scenes (such as car chases and fight sequences).

Depending on the project, I also work as a postvis and techvis artist. Postvis includes many steps, from tracking the real footage, to adding CG elements to the shots, to merging them together through compositing before it’s finally sent off to the VFX department.

My role is usually as an animator, though I did track a couple times as well. As for techvis, we use 3d software to simulate the film set. This is so that the director, cinematographer, and art department can all figure out questions like how the camera would smoothly move in the real world, how many props needs to be built in real life, and what should be replaced as CG elements.

When did you first realize you wanted to work in this industry?

It was during my senior year when we were working on our thesis, when our school invited guest speakers to help on the layout for our films. Here, they showed their layout and previs work.

I was originally focusing on becoming an animator, but [Previsualisation] had really opened up my eyes. I didn’t realise such interesting jobs existed!

I enjoyed the process of figuring out the camera work and really felt a real sense of achievement when cutting the shots together. Soon after, I decided that I wanted to be a previs artist and work in film.

Back in school I did the thesis film entirely by myself. It was really challenging at first because I had to do all the rigging, modeling, texturing and lighting. I just wanted to focus on the animation and layout. I realized later, when I entered the industry, all these skills are needed as a previs artist. The shots I’m responsible for often involve minor modeling or rigging.

After I realised that I wanted to do previs, I started to watching a lot of classic films and learn the composition, color, and camera rules by studying them. I also read books and educational videos that analyzed the cinematography, and tried to understand the logic behind the scenes. It’s important to pay attention to the director, artists, and the studios behind the film. Absorbing all this knowledge later showed how involved and passionate I was in my role, and really helped during job interviews.

It’s a very different situation for us right now because of COVID-19. My company started to do the whole work-from-home set-up at the start of 2020. For now, I’ve been on Slack to communicate with my supervisor and other coworkers during the work hours while having meetings through Zoom. We usually receive updates from the director or VFX supervisor every day, and sometimes we’ll have to kick out shots under a pretty tight deadline.

For previs and postvis, we usually work very close with the director, editor and vfx department, though it depends on the projects. Sometime we will get the storyboard from an artist as a starting point.

The fact we are basically doing the cinematography in 3D software. For me, it’s the most interesting and creative part of my job. I hope that never changes.

The one thing that I wish that could be changed is if things went back to normal so that we can work with other artists, face to face. Though I enjoy working from home, it’s not as efficient, especially in term of communication. Just getting on and off the Zoom meetings takes a lot of time and energy. Hopefully we can overcome COVID-19 and work together in a safe environment again.

I graduated from Ringling College of Art and Design. It’s a very well-known 3D animation school in the US. I would recommend it to people who are really passionate about 3D animation, as Ringling pushes the students to learn every aspect of it. This can range from storytelling to compositing, and emphasizes both technical skills and aesthetic choices.

I also met many alumni in the industry when I started working. It’s a great way to expand your connections to different studios. Personally, I had received plenty of help from Ringling alumni and they’ve all been so amazing. I can't thank them enough for all of the guidance and tips. I would love to keep that tradition from my school, and help out new graduates in the future.

I wish I would’ve realised how hard it was to get the shots for reel purposes. Previs is a planning process, and though it lays the foundation for the film, it’s not something that’s going to be shown in the final footage. It's often a long process to finally get the shots that you had worked on. And when you actually do, it's from several years after the film has been released, which means that it doesn’t represent your current skills. I wish I had more time so that I could work on my own projects to keep my portfolio up to date.

If you could give one piece of advice to artist’s trying to get a job, what would it be?

I would suggest to recently graduated artists that they be mentally prepared for the uncertainty of the previs industry. I had an experience where I did several interviews with different companies, but ended up with none of the jobs.

There have also been times where I’ve joined a team in the morning, only for the production company to call off the project in the afternoon. Don’t let the frustrations undermine your confidence; believe in your own abilities. If any of these happen, just know that it’s all too common, even for experienced artists. Most importantly, don’t hesitate to ask for the rate that you deserve.

You can find more of Jiamin's work on her website.

I'm Jiamin “Kino” Wu, a Los Angeles based previs artist. I’m extremely passionate about cinematography and cutting-edge technologies and how they converge in contemporary filmmaking 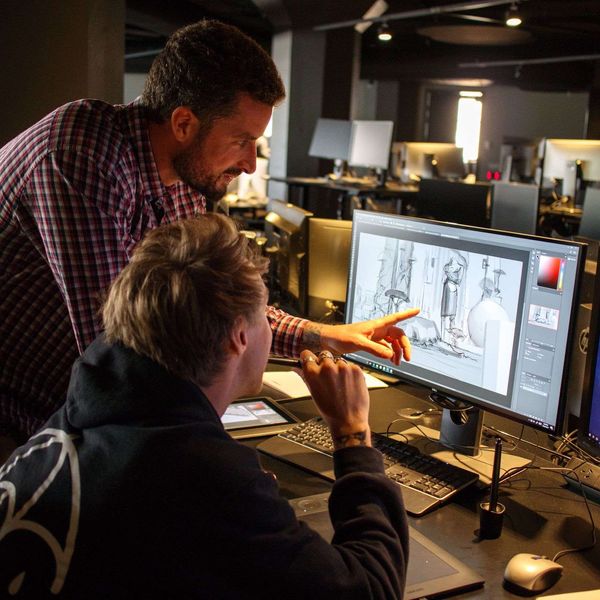 UTS Animal Logic Academy, have put together a breakdown of some of the key specific industry roles, from industry pros, to help you prepare for your future job in Animation and VFX.

Anson Ng Lee Ming, a graduate from 3D Sense Media School is a 3D Artist at Bandai Namco Studios (BNSS) in Singapore. He sits down with us to share his journey and advice to aspiring artists looking for an exciting and challenging career like his own.