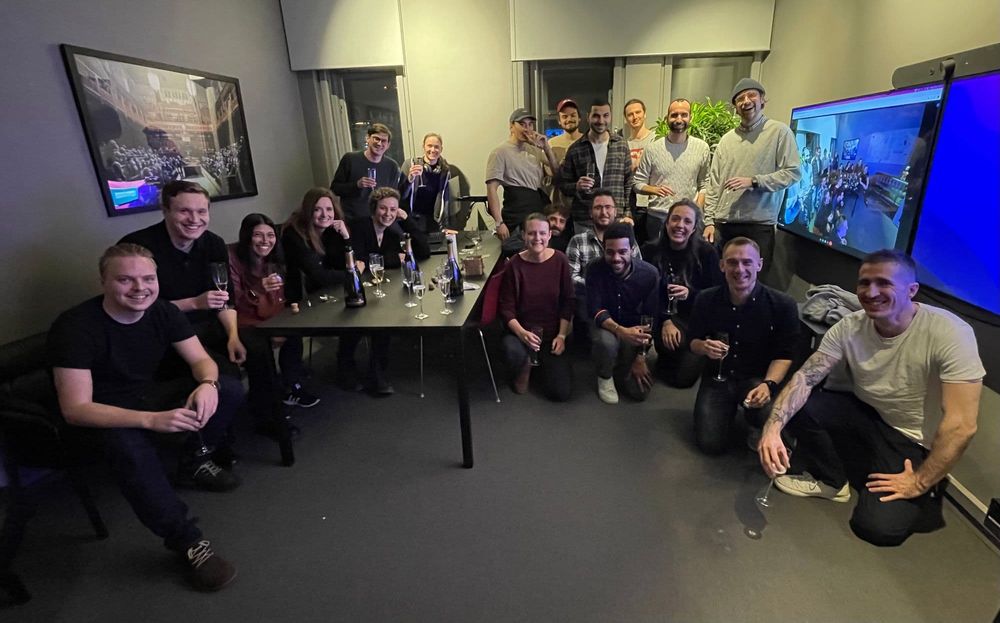 Chelsea Mirus, a VFX Production Manager at Important Looking Pirates in Stockholm, Sweden, sits down with us to share her journey and advice to aspiring producers and artists looking for an exciting and challenging career like her own.

Want a successful career working in Production for VFX? Chelsea Mirus is a VFX Production Manager originally from Adelaide, Australia and currently working at Important Looking Pirates in Stockholm, Sweden. Chelsea sits down with us to share her journey and advice to aspiring producers and artists looking for an exciting and challenging career like her own.

I am a VFX Production Manager at Important Looking Pirates (ILP) in Stockholm, Sweden. I’m responsible along with the VFX Supervisor of a show to ensure the successful delivery of a project to Client - which encompasses overseeing crewing, budget, resources, as well as the more micro level planning of input and output of shots to Client.

What type of projects are they involved with?

I’m currently working on Netflix’s The Sandman, which just had its first trailer release. Previously at ILP I’ve been lucky enough to also be a part of The Mandarlorian, Westworld, and Lost in Space.

I have always had a love and passion for film, but it wasn’t properly realised until I was trying my fourth attempt at a University degree - I distinctly remember seeing a poster advertising an elective for ‘Intro to CGI’ that had some pictures from Disney’s Paperman on it.

I took the elective and instantly fell in love with the medium - I then totally switched my degree around so I could major in Film and CGI, with the aim to land a job in VFX as soon as possible.

Through my Media Arts degree at UniSA I was initially focused on studying to be a 3D artist and really enjoyed hard surface modelling, so I was making a lot of assets in my spare time. I was keen to get involved with as much industry as possible so I was also taking additional short courses with Rising Sun Pictures (RSP) in Compositing and Dynamic Effects, and CDW Studios for fundamentals.

In my second year of study I attended an industry talk from local game developers and I reached out afterwards on LinkedIn, thanking them for their time and to connect. One of them got back to me, and having seen my Linkedin asked me to send a demo reel for some modelling work they had available.

I got the job but found out after it wasn’t strictly my demo reel that impressed them, but that I had taken the initiative to reach out and was showing passion and proactivity.

I really can’t emphasise enough how important it is to be proactive and chase opportunities, especially when you’re a student and/or in the early stages of your career.

My first role was as a 3D artist for a local games company called Mighty Kingdom, creating assets for a mobile app (The Shopkins). I then transitioned into a QA role, which peaked my interest in being involved in the how and the why of Production, rather than the what.

That role helped me secure an internship at Rising Sun Pictures (RSP), after which I progressed to Recruitment and Production Assistant, and then Production Coordinator. A highlight of my 3 years at RSP was getting to work as a Coordinator on Game of Thrones Season 6.

In 2019 I then took a leap and moved to Stockholm, Sweden. The Pandemic hit a year later of course, but apart from missing home I’m having an amazing time working at ILP and getting to live in Europe - learning Swedish, playing Netball with expats, travelling - not to mention getting to work on awesome projects and with the incredible people at ILP.

Day in the Life

My day is spent dedicating my time between the short term and long term. My problem solving can’t just be focused on the now, but preempting and planning ahead for the future as well.

Short term: feedback received overnight from Client. Are we on track for next versions, or do we need to reassess based on notes received. Dailies with the team. Is Supervisor feedback doable in time for next projected sends (and final deadlines)? Are artists able to hit their planned milestones this week? What blockers and dependencies have arisen between departments on a daily and and weekly level, and who needs to be brought together to help solve them.

Long term: overall show resourcing, which can be for 6+ months in the future. Bidding shots with the VFX Supervisor for shots, sequences, and even sometimes shows in the future. Mapping out the delivery schedule for the show, and ensuring we’re going to have the crew available to deliver everything on time and on budget.

Shotgrid (previously Shotgun) for shot and asset scheduling. ILP uses an in-house proprietary software for global resourcing and crewing. As a member of Production, a spreadsheet is also my best friend - I currently use Google Sheets, but Excel does the trick as well.

In my role as Production Manager I work closely with practically all departments - which is a pleasure! Most of my day to day interactions are mostly spent with the VFX Supervisor, Department Supervisors and other Production members on the team, as well, email correspondence and calls with the Client side team. That doesn’t mean I won’t reach out or be in touch with artists on the floor direct either though. I’m also in touch with Tech and Pipeline Support for day to day issues that arise, and keep key executives in the loop for overall project progress and concerns.

Working throughout the Pandemic has been an interesting experience, and I am definitely fortunate to have landed in a field where the demand for work kept getting higher and higher, especially in the last 18 months.

This, coupled with the fact that COVID forced a lot of people to work from home, redefined what a normal work setup looks like. I was working from home since March 2020 until August 2021, which obviously lent a lot of flexibility to the workday.

VFX companies from all across the world had to support a remote workforce, and a lot of companies are now returning to a ‘hybrid’ workflow, including ILP. It’s really exciting to see this trend emerge that is supporting companies’ ability to produce great work, whilst also providing more flexibility for a better work-life balance.

Getting to work with so many people, and from so many different places in the world! The joy really is in the teamwork it takes to get great looking pictures onto the big (and) small screens. VFX still feels like a pretty tight industry that if you work with someone once, you’re more than likely to work with them again on the other side of the world, or know others who have worked with them too. It’s not uncommon to keep in touch after shows wrapped or artists have moved onto other gigs. It’s a really cosy feeling.

Not necessarily, especially where learning Production is based on a good foundation of transferable skills - great communication and proactivity. That said, I came from an artist-based background and that really helped give me a great foundation to base my Production career on. It helps to have a base understanding of the work you are planning.

As a more junior member of Production you usually end up working anywhere and everywhere as needed, which helps build a really great foundation and relationship with artists on the floor and all across the company usually.

I would say key skills for Production hires need to be proactive, have great written and verbal communication skills, be flexible, able to multitask, and personable. You’re going to be interacting with a lot of people and as much of a buzz word as it is, being able to ‘communicate effectively’ is so important.

Be proactive! Chase your applications. If you haven’t heard back in a week, get in touch. If a recruiter is going to choose between 2 applications they consider equal, and 1 of the applicants have followed up, it shows passion and dedication for the role.

Probably be a bit more flexible on work/life balance early on. There were days where my friend and family relationships became somewhat neglected during work crunches. Just because you’re junior doesn’t mean you need to work yourself to the bone in order to prove yourself. Learning your limits and learning how to prioritise your work is equally important. 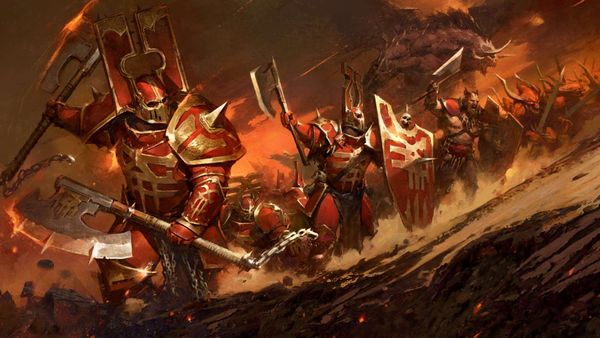 Want a successful career working as a Cinematic Animator? Chloe Bonnet, ESMA Montpellier alumnus and Lead Cinematic Animator at Creative Assembly, sits down with us to share her journey and advice to aspiring artists looking for an exciting and challenging career like her own. 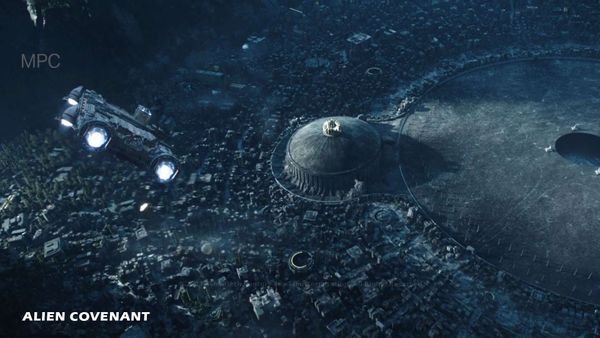 Hope Wolf Brackin is an Environment Lead Artist at Outpost VFX and recent graduate of The DAVE School. She sits down with us to share her journey and advice to aspiring artists looking for an exciting and challenging career like her own.