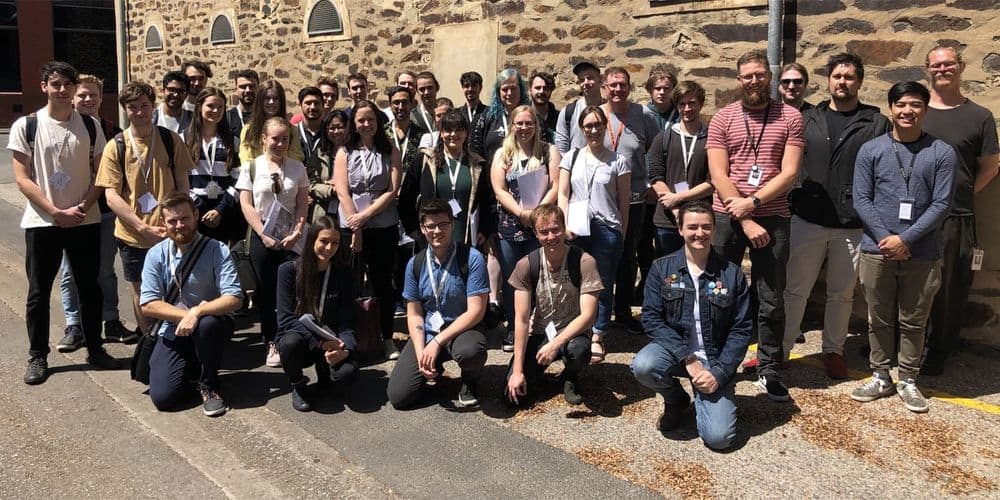 Whether you’re already at school, looking to find a new school or even considering moving overseas to study, nothing beats hearing from the students themselves! We speak to Mayato Moshi about the ins and outs of studying at UniSA / Rising Sun Pictures.

Whether you’re already at school, looking to find a new school or even considering moving overseas to study, nothing beats hearing from the students themselves! We speak to Mayato Moshi about the ins and outs of studying at UniSA / Rising Sun Pictures.

I am currently studying at UniSA / Rising Sun Pictures as part of my Bachelor’s of Film and Television (CGI/VFX) degree at the University of South Australia.

Rising Sun Pictures (RSP) is located on Pulteney Street, just off Hindmarsh Square in the centre of the Adelaide CBD, South Australia.

I live only three or so blocks away so I walk. However, the Adelaide Railway Station, the primary rail terminus in the CBD is only about ten-minute walk from the studio. As for bus services, the city centre is littered with bus stops that are serviced by multiple bus lines that go to all areas of the city.

Of particular note are the bus stops on Grenfell Street, only a few metres from RSP which are serviced by the O-Bahn, a highly convenient bus rapid-transit system that services the north eastern suburbs of the Adelaide metropolitan area.

I have an Advanced Diploma in Screen and Media so was able to transfer my credits to advance my study at the University of South Australia. As a result, I have only been studying at the institution for just over eight months and am already a third-year equivalent student, and as such, was able to take advantage of the opportunity to study at RSP at the start of the current study period.

I had been considering taking advantage of the study opportunities at Rising Sun for a few years. I landed a job at a major broadcast television network in a graphics position straight after my previous study, but due to the financial constraints of the coronavirus outbreak my shifts were reduced quite significantly. Consequently, I decided to take advantage of my new availability and pursue further study at the University of South Australia. Taking advantage of the RSP opportunity was the obvious choice for my third-year.

You’re learning a wide range of skills and software. What subjects or tools are you enjoying the most so far?

I had no desire to pursue FX as a potential creative or career path before starting my study at RSP, but now it is something I am seriously considering. The power and possibilities that Houdini permits, and how much I have enjoyed what I’ve discovered so far, have surprised me beyond words.

Much to my surprise I am enjoying the procedural 3D modelling workflow in Houdini the most so far. As a creative who exclusively modelled in Maya previously, I am surprised at how much I have grown to really enjoy the power the procedural workflow allows. As creative with a lifelong passion for architecture and urban environments, the possibilities for tools and workflows that optimise the creation of modelling building assets is endless, and I am really enjoying exploring that as part of my study.

The studio opens up directly onto Pulteney Street. So, the first thing one sees is the hustle and bustle of the city as soon as they leave the studio. It’s a fascinating contrast to the tranquillity on the other side of the door inside the studio.

There are a few businesses that provide entertainment, food, and beverage services quite literally right next to the studio, but I would have to say the first one of merit worth mentioning is The Jade. A wonderful small-scale entertainment and performance venue that hosts live-music, makes great coffee, and is involved in the Adelaide arts scene in more ways than I can recount here.

I suppose my concern here would be the level of complacency and comfort some students develop during the program. This is not to say it not absolutely wonderful that students get familiar both personally and professionally with current industry. RSP is quite emphatic that the environment it cultivates is that of a professional workplace, this is discussed on day one of studies and incorporates behaviours of a true professional such as timeliness, communication, and being a team player will help get you a job. Some students don’t take advantage of this advice.

Smart casual is the style I’ve noticed the most. There is a lot of wonderful self-expression in what people wear every day. Personalities are intrinsically diverse, letting people wear what feels most right to them is a testament is the culture at RSP. If I had to name the uniform, I’d say the unofficial uniform is self-expression. That probably sounds cheesy, but it is the truth.

When it comes to Adelaide, the only answer I can give is anywhere that serves food. The Central Market, The Barossa, McLaren Vale, Gouger Street, Hutt Street, Rundle Street, North Adelaide, Hanson Road etc. The list goes on. We have some of the best food and wine in the southern hemisphere without a doubt.

I think the spectre of guaranteed employment is something that hangs over the course. The opportunity for employment increases substantially for anyone that completes the program, without a doubt. However, these are still opportunities. It’s up to students to reach of them, and take advantage of the program to build the network required to access these opportunities.

Oh, gosh. I have no idea. For me this entails sitting at home watching RuPaul’s Drag Race, but for the younger students in the course, I imagine hitting up any of the wonderful establishments just a small walk away from studio. There were two birthdays’ not too long ago, the Jade got a lot of attention that night from our class.

For me, it is Contemporary Japanese Deli (現代日本茶店)in Dacosta Arcade. The proprietor and his family work tirelessly to cultivate a wonderfully welcoming and delicious microcosm of the casual Japanese eating experience.

However, if you want good old South Australian pub food, there are so many choices in and around the city. The Cooper’s Ale House does a mean schnitzel.

It's a CGI school. A tornado made of eyeballs? A crustacean made of teeth? A burning space cube? An undulating alien boulder? Where do I start?

How would you describe the school community?

Community in the classroom at RSP is definitely starkly different to that on campus, in my opinion.

The high expectations and steep learning curve mean that students do better working as a team rather than individually. Each of us have different lives, personal, professional, and creative experiences, and these all come together in the classroom to everyone’s benefit. It’d be unnecessarily difficult and stubborn to insist on going it alone, and would be a detriment to the learning experience.

The shared passion for visual effects, the ambition and drive to learn as much as possible, and diversity of skills and knowledge among fellow students fosters a mutually-reinforcing positive community within the classroom that – when engaged with – makes the experience even more rewarding.

The teachers. I honestly could not emphasise this enough.

The passion for CGI/VFX among the teachers is what makes that course such a rewarding opportunity.

There are so many things I am doing and even considering in my future that I would not have if it weren’t for the teachers in the course.

There is always room for improvement. For me this would be to create incentives and opportunities for anyone with a passion, regardless of their social status or background. A more diversified representation in the course. As one of only two people of colour in my current classroom, more racial representation would a boon to the course.

What advice do you have for students thinking of studying for your degree?

If it scares you, do it! As a creative, we have to constantly challenge ourselves creatively, or we can’t grow or improve or skills, but we are also our own worst enemies. I had spent years avoiding this course because I did not think I was going to be good enough to do it, and despite knowing that that was categorically untrue, my anxiety got the better of me for years.

Moreover, I had previously avoided learning Houdini or FX software package because it was so different from what I had already learned. I had avoided learning any procedural modelling because, to be honest, many aspects of the workflow – such as coding, mathematics, and node-based workflow – intimidated me.

It was only after working in television for a while I realised I am capable of more than I gave myself credit. So, when the opportunity came to study at RSP – despite my anxiety – I jumped headfirst and decided to pursue a project that required me to learn all the stuff I had been avoiding specifically, and I have learned so much.

So, my advice would be this, not just for pursuing this course, but also generally: if something scares you creatively, if you feel like it’s something you will not ever do because you’re not good enough, smart enough, skilled enough, or patient enough…do it. If you have the motivation to learn, you’ll be amazed at what you will be able to pull out of yourself personally and creatively. It’s hard and stressful, but if you stick with it, if you want to grow and develop your skills as an artist, you will not believe how personally and professionally rewarding this course is.

Following on from the last question, I’d use it to increase the reach of the University of South Australia program, to ensure that more talented people who might not have had the opportunity or resources to know, or access the degree – and by extension, the RSP opportunity – can be encouraged and supported in starting a career in CGI/VFX. There are people out there right now who lack the social and financial privilege to access this program, I’d want to change that. 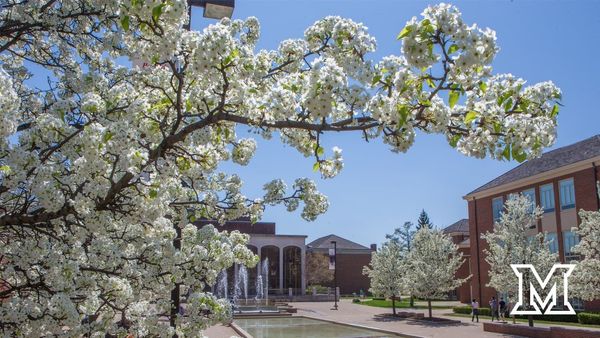 Whether you’re already at school, looking to find a new school or even considering moving overseas to study, nothing beats hearing from the students themselves! We speak to Payton Kunk about the ins and outs of studying at Miami University's campus in Oxford, Ohio, U.S.A 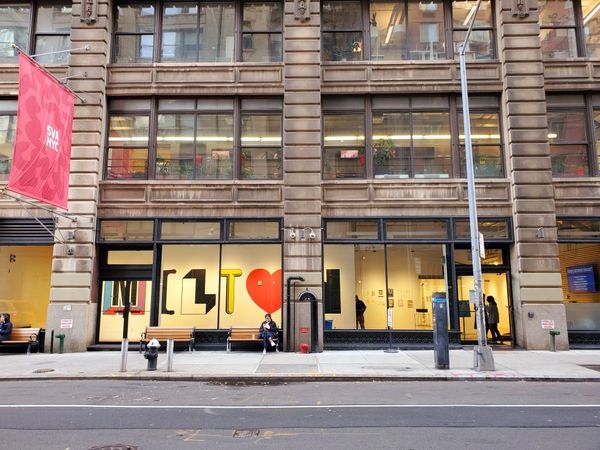 Whether you’re already at school, looking to find a new school or even considering moving overseas to study, nothing beats hearing from the students themselves! We speak to Brithney Rivera about the ins and outs of studying at School of Visual Arts in Manhattan, New York City.