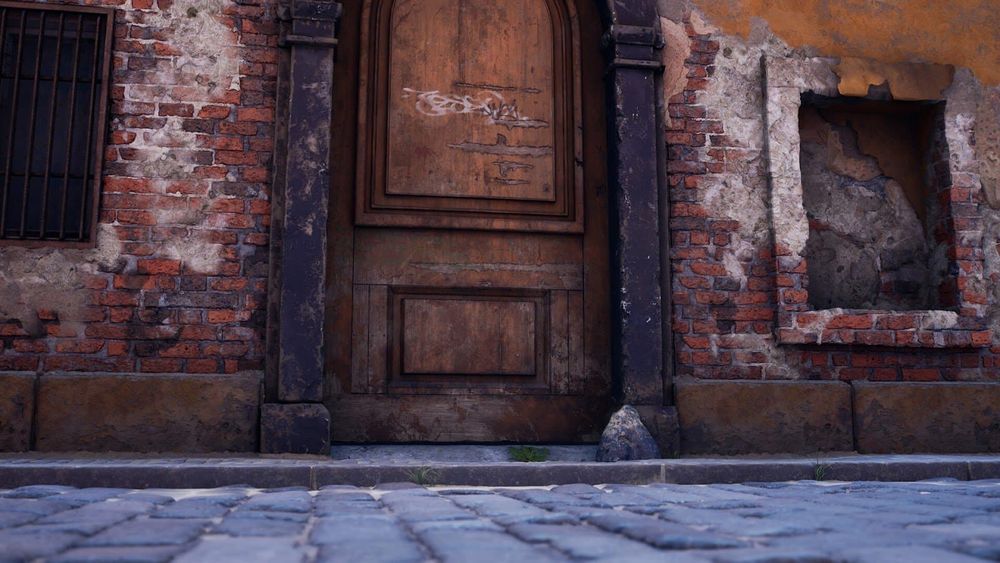 How to Become an Environment Artist for Games

Mohamed Abdel Baki is an Associate Environment Artist at High Moon Studios in Carlsbad, California, and he sits down with us to share his journey and advice to aspiring artists looking for an exciting and challenging career like his own.

Want a successful career working as an Environment Artist for Games? Mohamed Abdel Baki is an Associate Environment Artist at High Moon Studios in Carlsbad, California, and he sits down with us to share his journey and advice to aspiring artists looking for an exciting and challenging career like his own.

I’m an Associate Environment Artist working in the games industry. My role involves doing a variety of tasks ranging from world building and set dressing for environments maps, to asset texturing and level optimisation.

I’m currently working at High Moon Studios. I work on the Call of Duty franchise on the environment team.

Back in 1995 I purchased my first game console, the super Nintendo and knew I wanted to work in games. I already had a passion for Art so it seemed logical to combine the two into a profession.

I was working for an indie games studio at the time while actively looking for a job in AAA games. My initial job search took several months of trying but after numerous attempts I was finally able to land my first AAA position working at Crystal Dynamics on the Marvel’s Avengers game they were currently developing at the time.

Originally I was looking to get into the concept art field however in 2015 I picked up ZBrush and started doing hard surface sculpting for concept. From there, it transitioned to poly modeling.

Eventually I decided I’d be far more useful to a studio as a 3D modeler who has a design sense who also gets to build the assets in the game itself. I got into 3D production modeling during the end of 2016 and went to school for 3D art at the start of 2017.

Where did you choose to study?

I’ve studied at a mixture of two different Art schools completing a Master’s program at Academy of Art University in game development while also taking several classes at Gnomon while I was still a student and post-graduation.

Studying at Gnomon was a great opportunity, as the instructors were usually someone who was a senior or principal artist in the industry.

The Gnomon instructors were always super knowledgeable and showed the latest techniques within their specialisation. It’s also a good connection to have if you do great in class.

How does your education complement your work?

As I said I’ve taken several classes at Gnomon over the past few years, normally 1-2 at a time. This allowed me to focus on one subject at a time and really absorb the material. Usually I’d have a specific project in mind before starting each class and the class would serve as a guide to complete the project to a high standard.

You normally want to put in as much of the knowledge you’ve taken during class into your professional work. Though the tools will differ, the art principles are the same such as what makes a good environment, low poly modeling and creating realistic looking surfaces for games.

I’ll start by running the map I’m working on and checking the updates from the nightly build. From there I’ll continue working on a given task or check with my lead for feedback or new tasks coming in. We’ll have various meetings throughout the week to look at the progress of things, upcoming deadlines and decide what direction we are taking based on feedback.

The COD engine is the tool I use the most on a daily basis. For other tools, I’ll use Maya and Substance 3D Painter for creating props. I’ve also used Substance 3D Designer when making small edits to materials.

I do a lot of environment scene assembly and set dressing in level maps using existing assets. Doing an Art pass on a specific asset or area is also a common task. When creating environment assets from scratch, we’ll start with the main blockout getting the metrics right before going in and adding materials to surfaces and various props to make it feel lived in.

I’ll work most closely with my lead and a few of the other artists on the environment team.

Photogrammetry is definitely becoming more and more used in games.

While it’s still important to know how to model and texture from scratch, having some amount of knowledge of the Photogrammetry process for making assets is definitely a strong plus to have.

I think we have a great workflow so nothing specific comes to mind.

I believe the technology with Unreal Engine does this to a certain degree already, but having LODs that are auto generated by the engine once you import an asset and they don’t fade out at a far distance, would be very useful to have.

I’d say a formal education isn’t specifically necessary to do the job but I think it can help in the process. I would definitely recommend some form of training in 3D production art even if you don’t end up completing a degree.

My education at Gnomon while limited, was very valuable; a handful of classes each with the right instructor can go a long way. Schools also provide a certain structure and set goals for you to reach in terms of completing certain projects and a timeline of when you are trying to have a portfolio ready by.

I feel the self-taught route, while possible, can take much longer. Ultimately it falls on the person learning, if your school doesn’t have the best 3D program try and take more art foundation classes, these will be vital when creating any form of art.

How to create an interesting 3D space, leading the viewer’s eye through the scene and experience with a game engine.

I also look for strong Art foundation: good sense of composition, shape, colour, light and texture is absolutely vital to any artist. New artists are always trained in the studio's tools but an artistic sensibility is something they must already have.

What skills seem to be missing all too often?

Creating high quality materials to achieve a sense of realism in an environment scene. A common mistake would be to focus on creating a large scene with a lot of modeling which lacks a high visual fidelity and all the subtle details that give life to a scene and convey a sense of realism.

As previously mentioned, sometimes you might see artists who know how to use the softwares but are lacking foundation skills and a strong design sense which will show in their work.

Describe your attitude towards your job?

I think it’s most important to understand you are part of a team and the work you do contributes to the project as a whole. It's important to be able to receive feedback well and follow up on it, meeting the Art quality bar that’s set and completing tasks in a timely manner.

Where do you get your inspiration from and how do you implement it into your work?

I mainly look at photo reference online. You’ll usually find an image that’s visually intriguing to you, could be something specific in the image that inspires you such as the composition, material complexity of a surface or the lighting. Taking your own images as well, when you’re outside in nature or just walking in a street is also very helpful for reference gathering.

When doing more hard surface or sci-fi themed work, looking at an array of concept art is great for finding unique designs. However, when implementing this into my work, the designs are always grounded in reality to look convincing by looking at real world reference.

I would say find one image of an environment or prop you particularly like and spend the next several weeks working on it trying to match that image as closely as possible and achieving a highly realistic look through texturing/materials and subtle details.

Having a portfolio that’s too much of a mishmash of projects ranging from environments, characters, props, concept art etc. You should aim to have a handful of projects with a focus in one area. I would also warn against applying to jobs that might not be their specific focus for the sake of applying to as many jobs as possible. I wouldn’t apply to a position I genuinely didn’t want to work at.

Get really good at one specialisation and then expand from there.

Have a small but high quality portfolio that represents your skillset.

Continue to develop personal projects consistently. Consistent effort overtime will allow you to improve even if it’s at a slow pace, you might find yourself surpassing the level of some of your peers even if they initially seemed to be more skilled than you were.

Mohamed Abdel Baki is an Associate Environment Artist at High Moon Studios working on the Call of Duty franchise. His past projects include Call of Duty: Vanguard and Marvel’s Avengers. His previous background was in Concept Art but then ended up making the switch to 3D in 2016. His passion for art is in both environments and hard surface, his work has been featured in different articles and exhibitions. You can find him on LinkedIn and ArtStation. 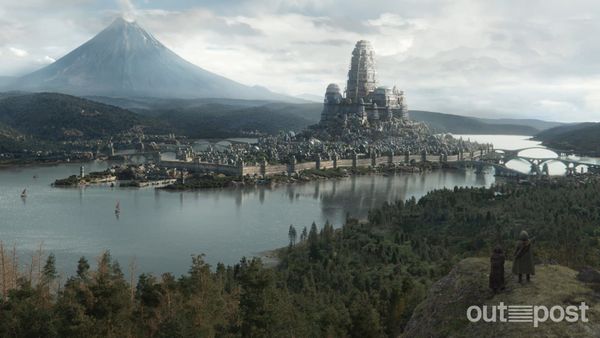 With years of experience behind them, Outpost VFX's talented artists and recruiters have built up expert tips and tricks on creating a winning showreel to help launch your career in VFX.