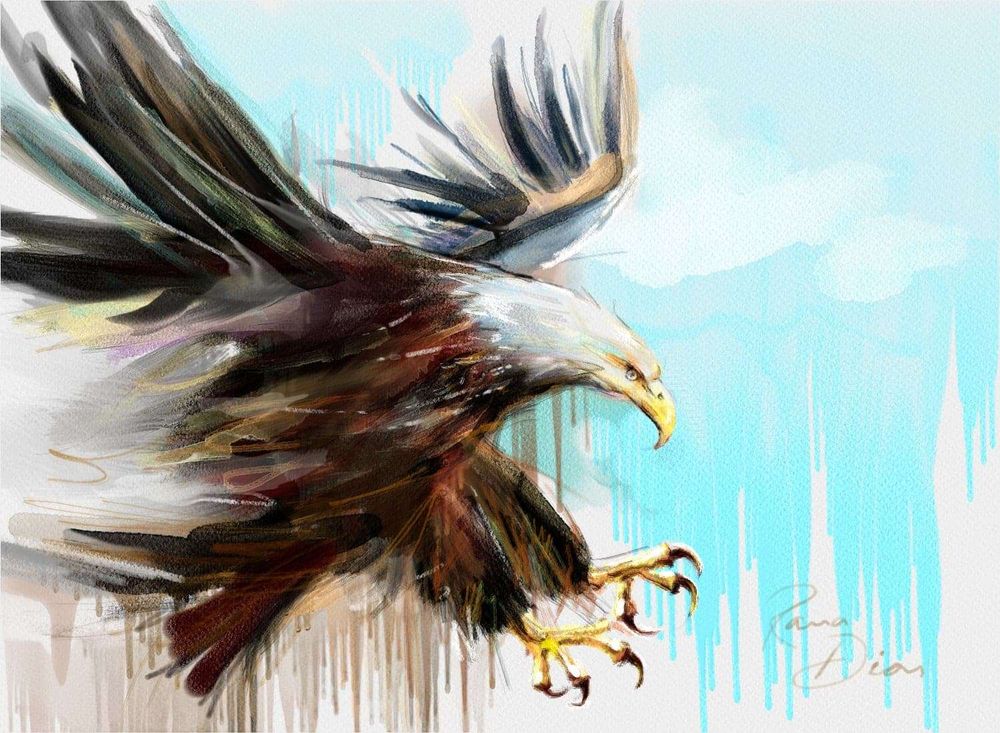 An Interview with Peter Blaskovic - the driving force behind Escape Motions

We spoke with Peter Blaskovic [https://sk.linkedin.com/in/peterblaskovic]– the driving force behind Escape Motions‘ [https://www.escapemotions.com] painting software. What motivated this enthusiastic graduated architect to dedicate his work life to unconventional computer graphics projects? What’s the story behind your success and your brief biography?

We spoke with Peter Blaskovic – the driving force behind Escape Motions‘ painting software. What motivated this enthusiastic graduated architect to dedicate his work life to unconventional computer graphics projects?

What’s the story behind your success and your brief biography?

PB: I grew up having fun with creating visual demos for Amiga scene with my friends. During my studies at Faculty of Architecture in Bratislava, I started with visualizations and 3D animations, which was a very new discipline back then (1993 – 1999) and worked for a multimedia company based on Amiga computers. After the university, I worked as a CG animator on commercials for television and various companies.

In 2003 I joined Cauldron, a game development company, as a lead animator mostly for Activision. I left the company in 2011 and set up Escape Motions. I believe each stage of my life helped me to develop my inner creativity. 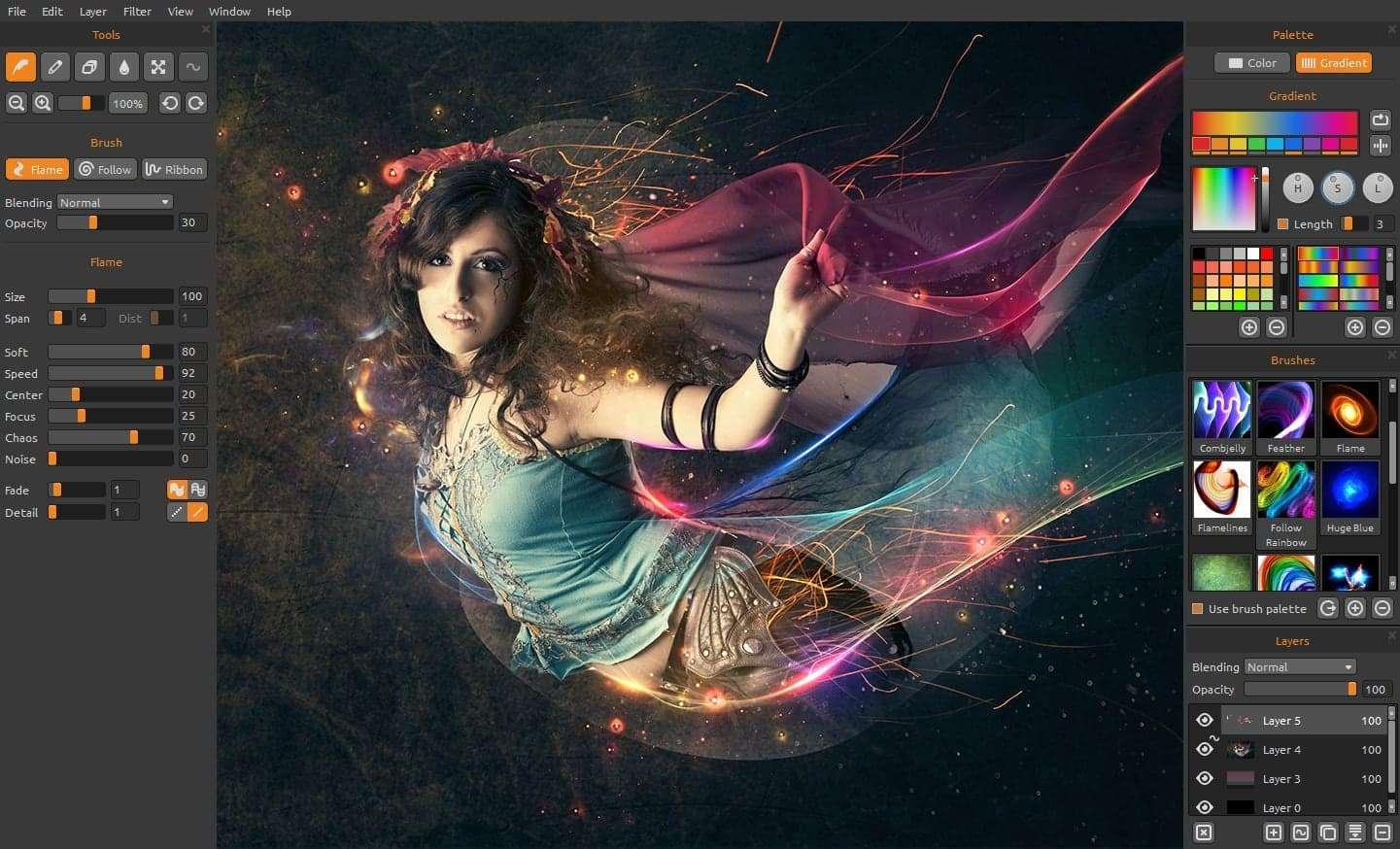 Could you tell us more about Escape Motions?

Escape Motions is a small studio of creatives and coders dedicated to developing innovative visual tools – Flame Painter, Rebelle, and Amberlight. We are located in beautiful spa town Piešťany, Slovakia.

We feel honored that our software has been used by some of the most influential studios in the field like Disney, Lucas Film, ILM, Sony Entertainment and many others.

I know your painting tools are pretty specific. Could you please introduce them to us?

Our first software was Flame Painter with its procedural brushes and special gradients. Resulting images have a wide range of artistic outcomes, from creating original artworks, designing fiery abstract backgrounds to adding light effects to photographs.

It was a revolutionary tool at that time back in 2010, and a lot of articles have been written about it. The online version was so successful that we had more than 300 000 visits in one day which caused a crash on my website provider’s servers. ☺

It is still available for free and till today it has been used by approximately 7 million users.

That’s fantastic! Rebelle seems to be a more conventional painting tool. Am I right in saying that?

Basically, Rebelle is the natural painting software with a focus on hyper realistic watercolors and acrylics. Its watercolor simulation is based on a real-world color mixing, blending, wet-diffusion, and drying. Watercolor is one of the most difficult painting techniques, and it is tough to simulate its effects in a digital world.

I believe that every person is creative, people are just afraid to start creating

We accepted this challenge and tried to find the best solution of watercolor painting on computers for traditional and digital artists.

How would you describe Amberlight 2? How does it differ from previous versions?

Recently, we released Amberlight 2, a new upgrade of the artist software that creates computer-generated images and animations. This one-of-a-kind tool is a beautiful connection between pure mathematics and art. It is a visualization of the magnetic fields algorithm I developed years ago.

In the last version, we gave users the possibility to breathe life into their artworks and make fantastic abstract animations.

Is there anything you’d like to say to the world?

I think it’s important that the person finds some time to create, whether it’s art, music, writing, dancing or programming. As young children, we are more formed, and we spend a lot of time with our imagination. As we grow up, it disappears somewhere from us.

It may have been our school or surroundings which convinced us that we’d be more successful somewhere in the financial sector or the administration. I believe that every person is creative, people shouldn’t be afraid to start creating.

I think it’s great when a person has her/his own vision or dream that they are gradually trying to achieve. Although sometimes it’s difficult, it is necessary to persevere and go tenaciously for your goals. 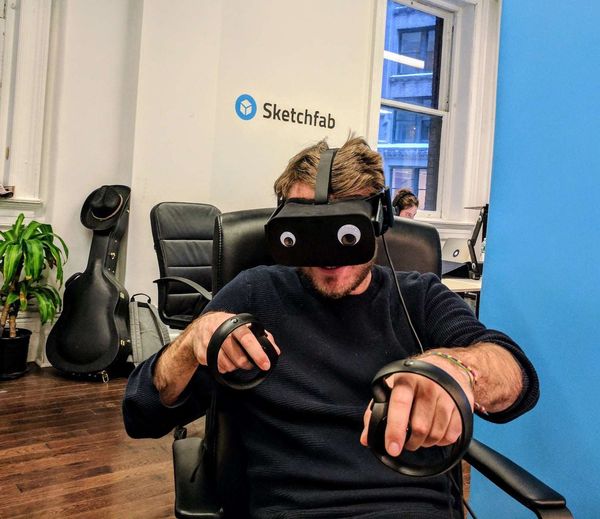 Believing that everyone could be a 3D creator, the team at Sketchfab started out in 2012 creating technology to help people publish, share and discover 3D content online and in VR. Now, proudly supporting a community over 800,000 creators: artists, designers, architects, schools, museums, and many more, Sketchfab is 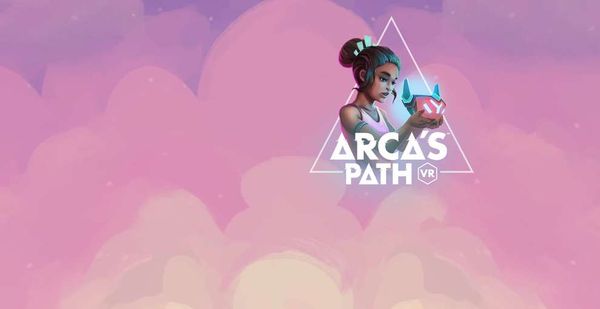 Hello! My name is Kristóf Rosu, and I was fortunate enough to win the internship offered by Rebellion Developments [http://www.rebellion.co.uk] for The Rookies [http://www.therookies.co] 2015. This article is an Internship Diary that takes you on my journey from Transylvania to Oxford. The first