What it's like to Win a Scholarship through The Rookies

by The Scout 2 years ago 5 min read

My name is Abby Nath, I was born in Singapore and moved to New Zealand in 2005 after (very understandably) falling in love with The Lord of the Rings. I have always enjoyed films, with my childhood favourites being Jurassic Park, Indiana Jones and Jaws. As a result, I had always wanted to somehow work in the film industry. Initially, I imagined working in Weta Workshop. Creating environments, weapons, characters and props seemed like the perfect blend of art and film that I found incredibly exciting.

At the same time, I also fell in love with editing, as that too seemed like a fantastic medium to create art and film with a slightly more technical aspect to it. In my confusion, I decided to take a gap year and eventually was made aware of Media Design School’s 3D Animation and Visual Effects Bachelor’s Degree. I had never considered visual effects as something anyone could learn and thus had never given it much thought. The most exposure I had to the 3D world was playing The Sims! Despite not knowing what I was getting myself into, I decided to throw myself into the deep end. Surprisingly, I learnt how to swim relatively quickly!

I absolutely loved my course and learning all about what it takes to create 3D visual effects. 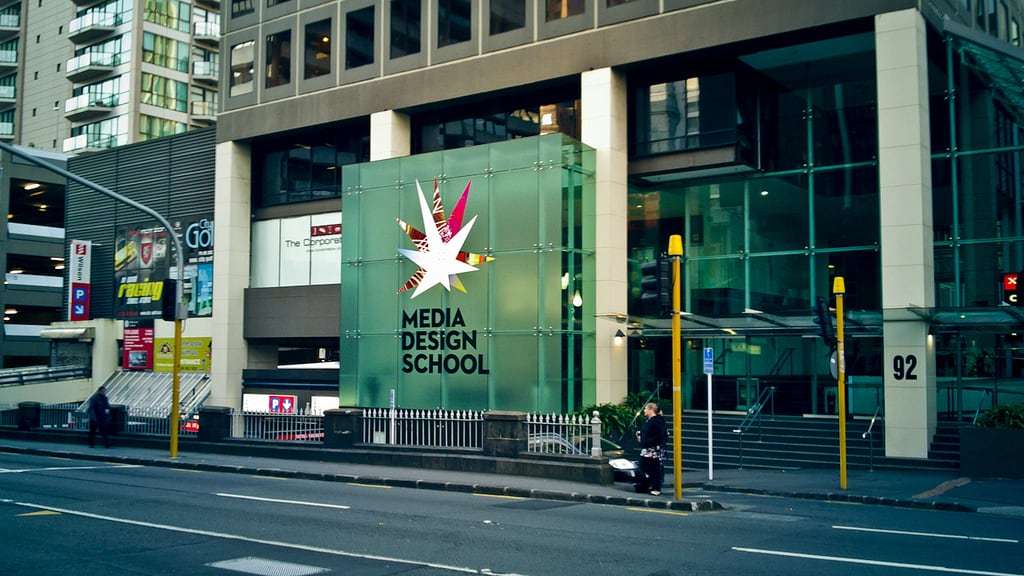 During my final year at Media Design School, my lecturers told us about a competition for Rookie artists and students that we should all enter. I was amazed by all the talent on The Rookies and didn’t think I had the slightest chance. But I entered anyway thinking that I could get some feedback and exposure on the few projects I had done. Soon after, I was shocked to find out I made it into the draft!

Apart from seeing the biggest spider I have ever seen in my life!

After a swell of pride, I didn’t think much more of it. I finished my degree at the end of May 2017 and began to refine my showreel and applied for a couple jobs. Just as I was about to go insane not doing anything with my life, my friend messaged me notifying me that I was a finalist for several scholarships and internships! I was stunned! Finally, I thought I might have a chance. Hence, on the 7th of July, I stayed up incessantly refreshing The Rookies page till the results were out. I was absolutely overwhelmed to find out I was on my way to Rising Sun Pictures in Adelaide, Australia to complete a Graduate Certificate.

The remainder of July and September 2017 could not have gone any slower. I began looking for accommodation in Adelaide online and booked my flights. September 13th finally crawled its way toward me and I was off! I spent the following week looking at several different places and exploring the city. I eventually settled on a lovely, quaint house with a bunch of awesome housemates that was near the free tram line to the city. Apart from seeing the biggest spider I have ever seen in my life and sleeping the subsequent nights in fear, Adelaide was fantastic! 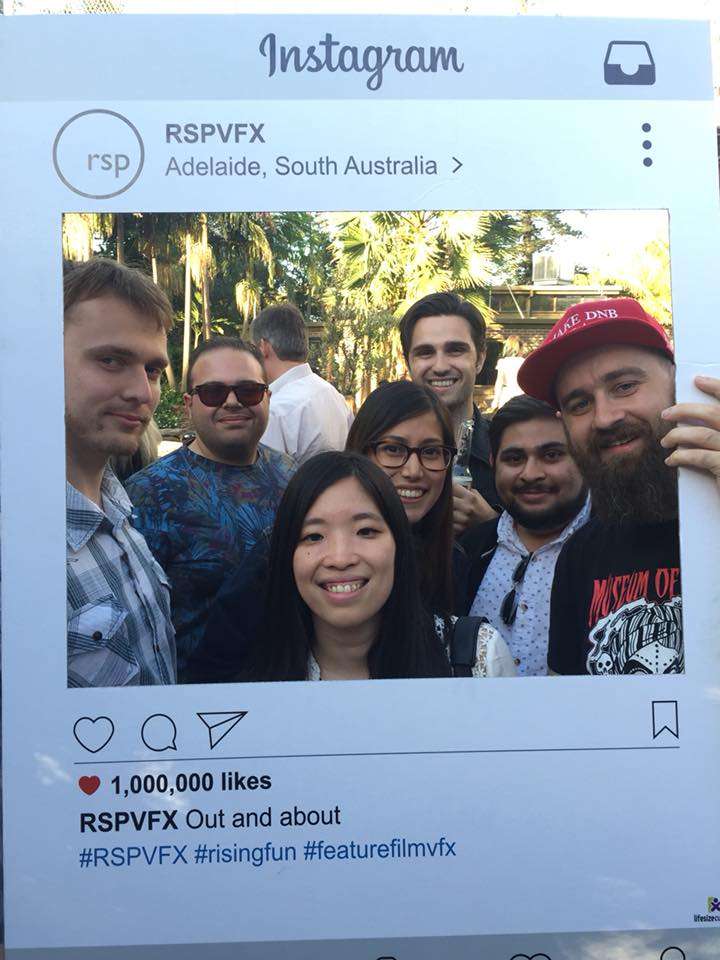 The 18th of September saw the start of the Graduate Certificate in Dynamic Effects and Lighting. I met my 6 new classmates and got a tour of the incredible Rising Sun Pictures studio. We all signed NDA’s and were explained the importance of security at the site. Over the following few weeks, we worked on little fx projects whilst getting used to working with Linux and Houdini. Our lecturer gave us fantastic tutorials, building up scenes procedurally from scratch instead of relying on the shelf tools.

Studying at Rising Sun Pictures Education was fantastic as we could roam around and observe the studio’s artists in our downtime. I got to meet Alwyn Hunt from The Rookies and talk to artists from all the departments, which was great for getting tips and feedback across the entire pipeline.

We also got to book in work shadowing sessions with two departments of our choosing to really get insight into a day in the life of a VFX artist. The company was so much more than I imagined, with table tennis, foosball and the weekly Friday night drinks! Us students even got to glam up and attend RSP’s own screening of Thor: Ragnarok, and the wrap party! 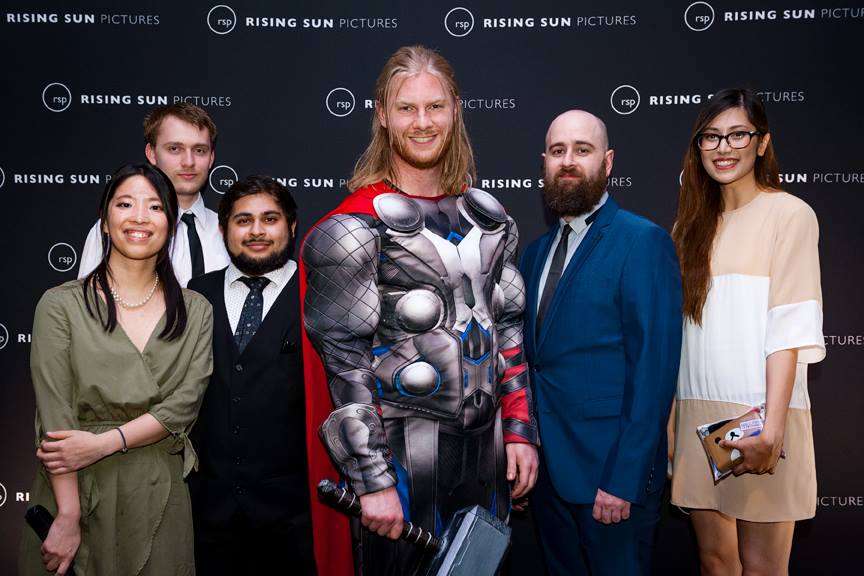 Soon enough, the pace of our studies began to pick up and we were given a brief to complete our own chosen dynamic effect in Houdini. Having not much experience with Houdini prior to my experience in Adelaide, I thought I’d do something small and seemingly manageable, a candle blowing out.

Turns out that was naive thinking… Simultaneously, we began the lighting component of the course, learning tricks and tips and completing tasks such as matching lighting to plates. As we approached the end of our three-month course, I was super pleased to find out I had made a good impression on several people and was offered a paid week’s trial in the Look Development department! I finished up my projects, presented my work to my classmates and several staff, and began an amazing week as a Look Development Technical Assistant, working on creating textures and shaders for film assets.

Unfortunately, I couldn’t stay there forever as I had booked my return flights. I said my goodbyes at the Rising Sun Pictures Christmas Party and packed my bags to return home. The entire experience was absolutely wonderful and I am so glad to have had the opportunity to learn all that I did.

Lucky for me, that’s not where the story ends! After a nice holiday back home with my family, I have now returned to Adelaide as an official employee at Rising Sun Pictures!

I am so so incredibly thankful to The Rookies for giving me this fantastic opportunity and for helping a young rookie like me get into the visual effects industry! 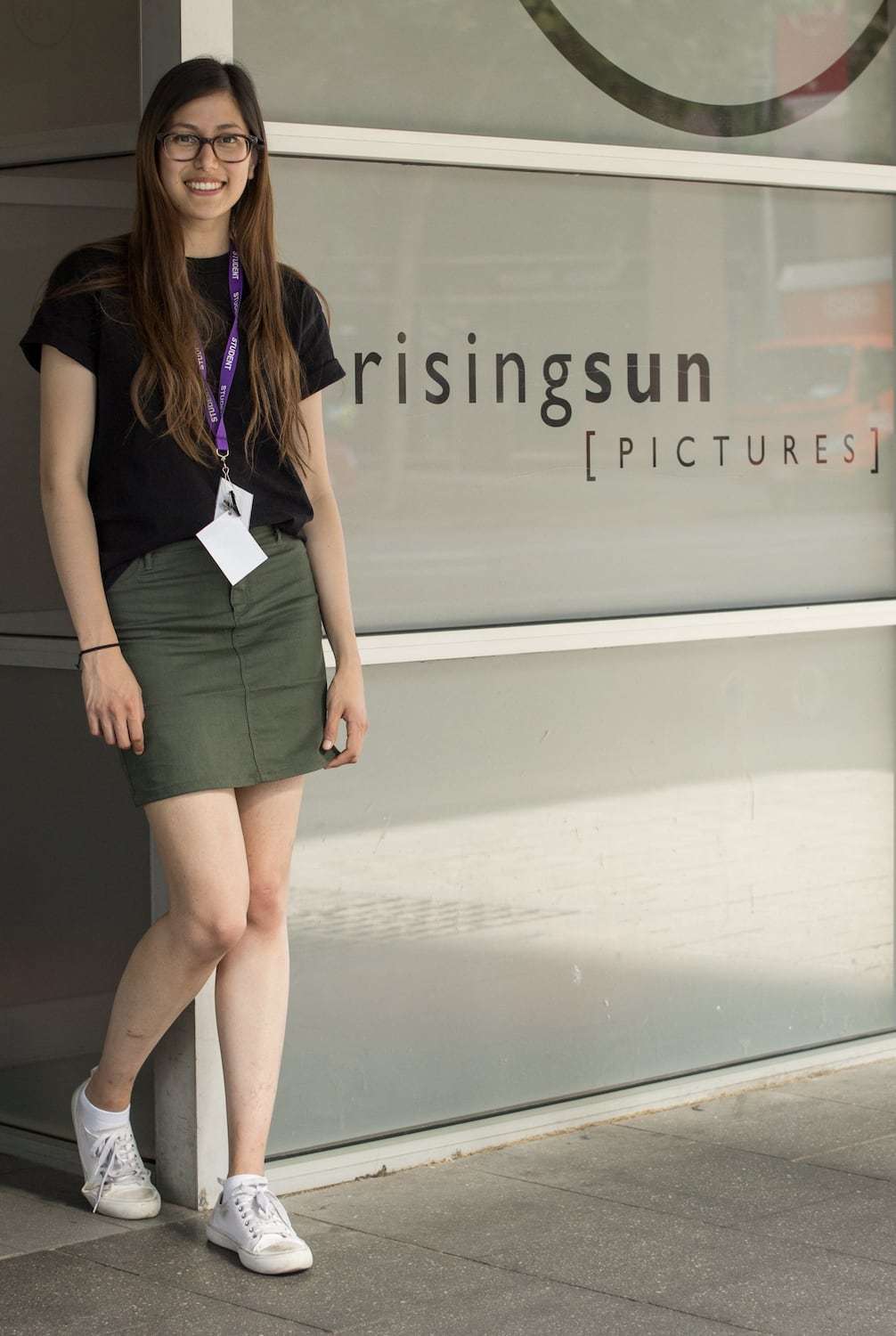