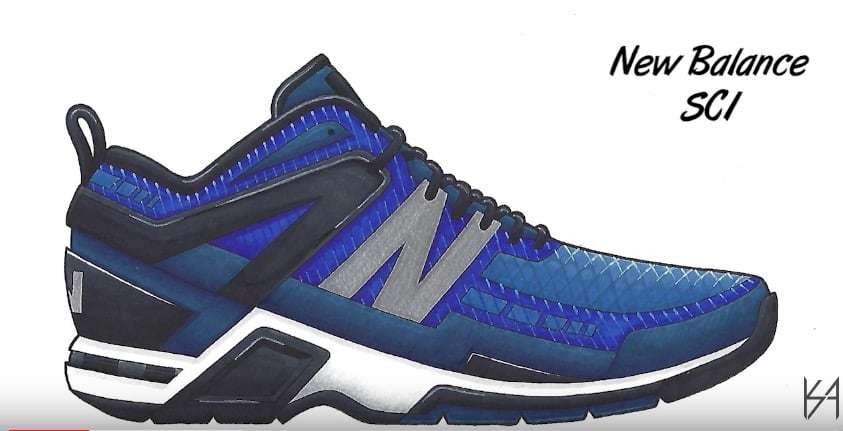 Last month saw the launch of the PENSOLE Master Class in Footwear Design, sponsored by New Balance, Modo and Lenovo.

There was much at stake, with the top students set to be considered for a one-year paid apprenticeship in design with New Balance. “It’s a great way for young designers to learn about a career in the footwear industry” says Jared Goldman, Senior Director of Design at New Balance.

At New Balance, we’re always looking for that next great design star and the Pensole program gives us a glimpse into a great group of students.

Coming from a range of backgrounds, the final 24 students were chosen from a pool of aspiring designers from around the globe, across three categories – 15 in footwear, five in color and material design (CMD), and five 3D designers.

We caught up with those involved about how the course went, and what they were hoping to get out of it.

“When I signed up, I hoped to kickstart my learning in Modo – and that was exactly what the course provided me” Flávio Markiewicz, course attendee, says.

“I knew almost nothing about the software, so it was a great introduction. It felt a bit overwhelming sometimes, but I got a great amount of knowledge as a final result.” 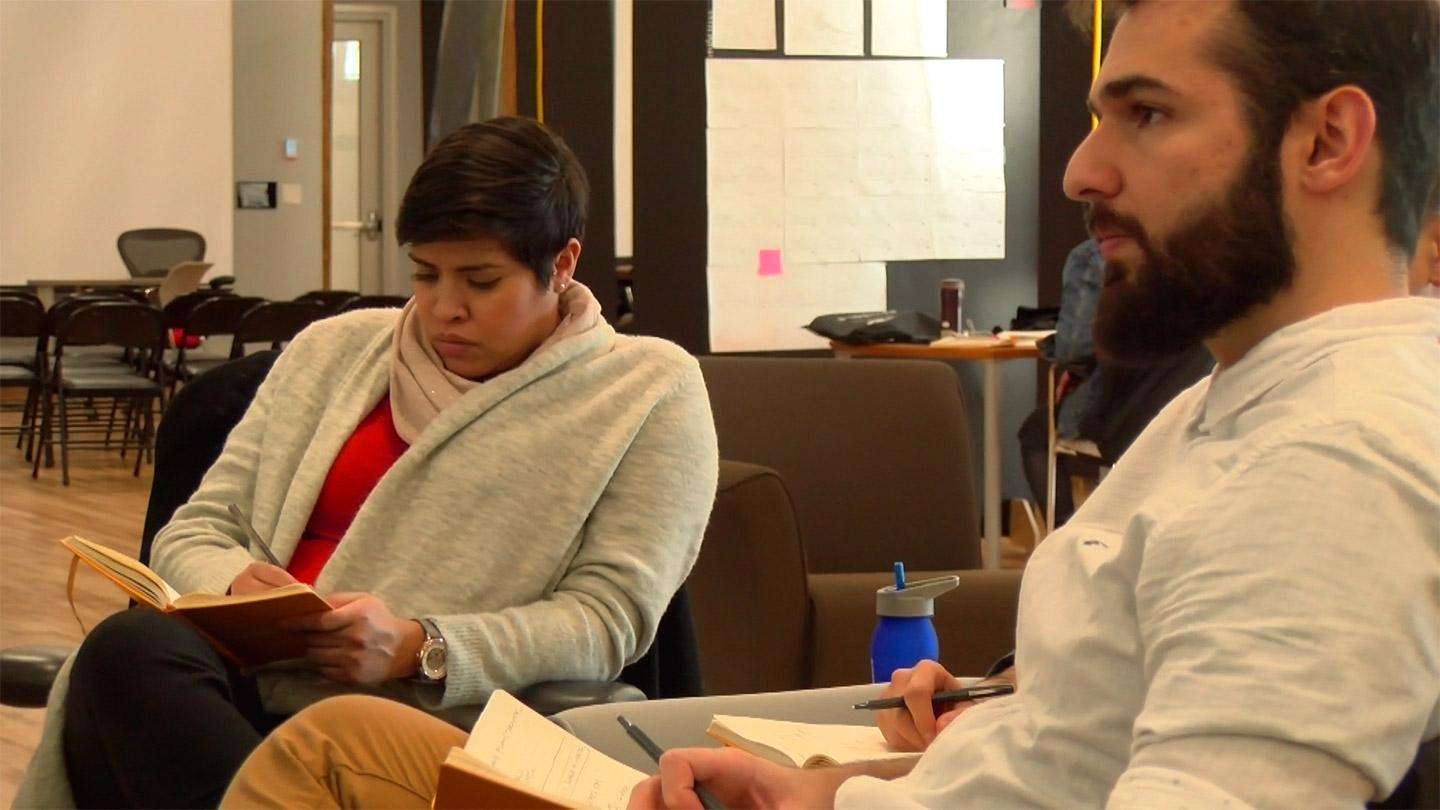 Getting to grips with 3D

A portion of the students on the course were from a 3D design background, but the majority were not. That meant most had to get to grips with unfamiliar 3D workflows quickly in order to progress.

That pressure was lessened to some degree because they were able to start off with a pre-configured base model, as Flávio explains: “Since all of our models started from a virtual shoe, or from a 3D scan from an actual shoe, it was very straightforward. I feel that if we needed to start the shoe from scratch without having a 3D reference, but only 2D, it would be way harder to get proportions that would look real.”

This was possible because Modo supports an extensive range of file formats: the designers had the opportunity to import, fix and combine data from different CAD and 3D applications.

Then, using the toolset’s modeling and sculpting tools, they were able to make the design their own; iterating quickly to explore different creative avenues and refine their design to its ultimate potential. More on that next. 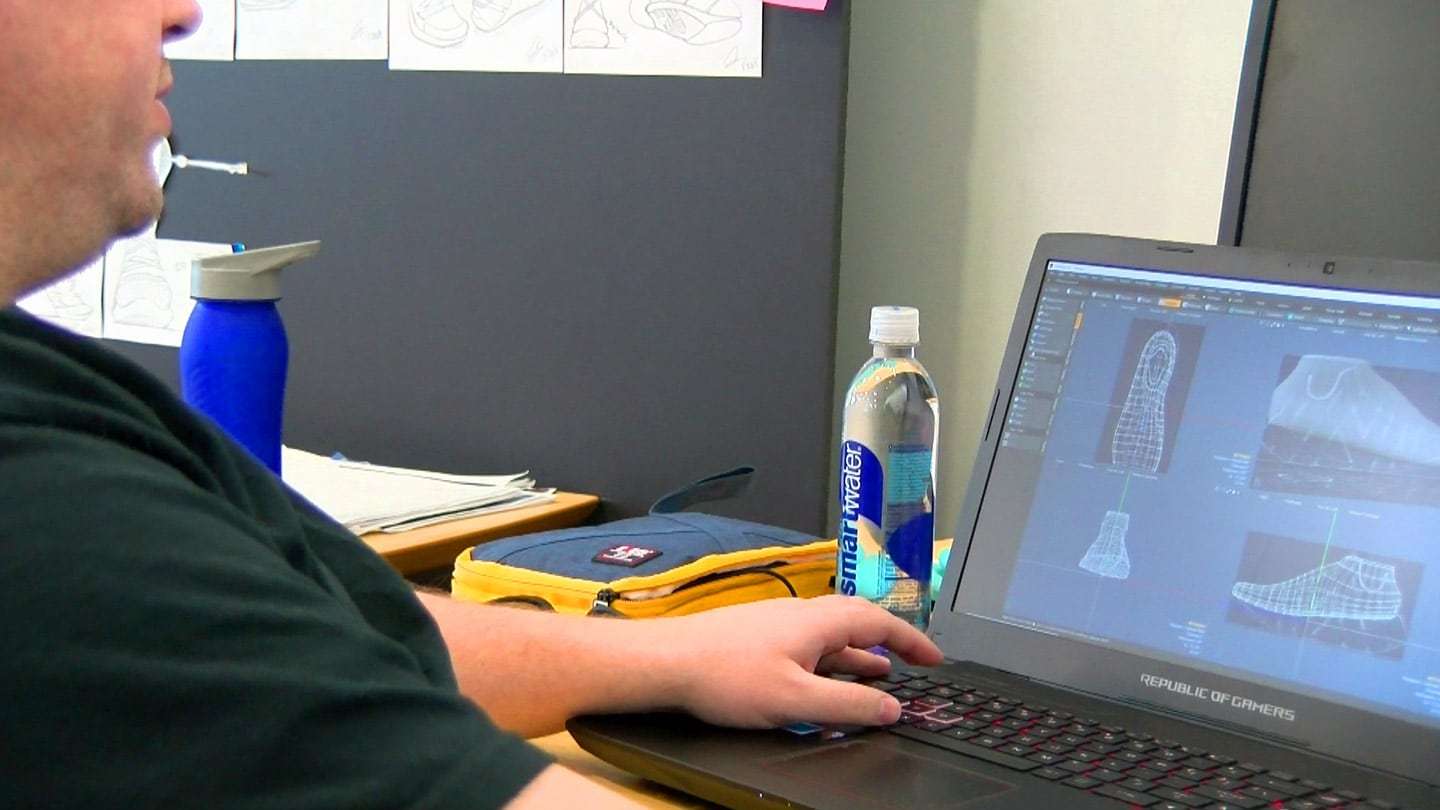 Exploring different ideas at the beginning of the process is one of the most critical stages of footwear design. Footwear designers need to be able to accurately communicate and share their ideas with team members if they are to do their creative vision justice.

For Flávio, this stage of the journey was the most enjoyable: “My favorite part of the course was when we were able to experiment with the early design concepts from our footwear designer teammates, while they still hadn’t decided to continue with a final design” he says.

We had the opportunity to explore the software more freely, and experiment with the tools and modeling processes, while still keeping some kind of reference and goal.

“Also, it felt like Modo was a very powerful ideation tool at that point of the design process, where we could show OUR view of the concept to our teammates, and make them realize pros and cons of their designs at a much earlier stage.”

As the course tutor, Ellery Connell, explains, learning tools that enable them to communicate their ideas quickly will serve the class well in their future careers as product designers: “Adding 3D visualization to a designer’s toolkit gives them a much better way to refine and communicate their visions. Because of the benefits of adding 3D design to a workflow, it’s fast becoming a standard in many industries.”

“We’re very much at a point similar to the adoption of digital design in the 90s, where the transition is slow and will not be complete for some time, but in 5-10 years it will be a necessity – just as Adobe 2D skills became a necessity in fields that were once dominated by traditional, analog design skills.” 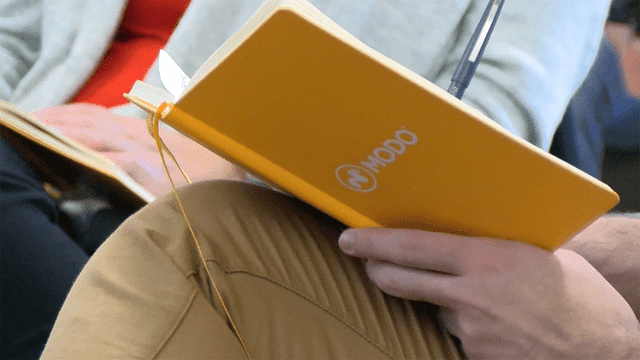 Preparing for a 3D future

The sea change towards a widespread adoption of 3D tools that Ellery talks about is already well underway, as we’ve written about previously. For designers, the repercussions of this are difficult to overstate: “I don’t think there will be any major company in a design field without either a dedicated 3D team or a fully integrated 3D component of designer pipelines by the mid-2020s”, Ellery says.

“I believe we’re at the beginning of a convergence of hardware and software, where the hardware is powerful enough and the software is mature enough to make 3D as accessible now as digital 2D was 20 years ago.”

“With AR and VR beginning to also come to the fore and the power of mobile computing maturing at an accelerated rate, the need for content is only going to increase. Designers and companies need to prepare or they will be rapidly left behind.”

New Balance is one of the forward-thinking companies to have recognised this trend, Jared points out: “We look at 3D design as a must-have for designers coming into the footwear industry. [Modo] is another tool like Photoshop or Illustrator that every designer needs to know how to use.”

“The added partnership of Modo to our master class was a great addition. We’re trying to replicate how a real product team works between footwear designers, color and material designers, and now 3D artists.”

Modo and our ability to visualize product allow us to bring designs to reality much earlier in the product creation process. This visualization allows us to get the entire team aligned on design direction from the start. It’s a must-have tool for all designers.

With prospective employers like New Balance clearly looking to invest in talent with a mastery of 3D, choosing which tools to learn has become an all-important decision for budding designers: “While talking with people from Pensole and New Balance (and later during the course, with Ellery and Will Vaughan) I noticed the potential that Modo has, and how fast it is spreading through many fields and industries says” Flávio.

“Especially when talking about the footwear industry, Modo is already considered to be one of the most powerful tools and resources.”

So I feel that learning Modo will be one great competitive differential when going through interviews and selection processes to get a job in this industry, and primarily to keep improving myself as a professional overall.

Want to kickstart your own learning with Modo? Foundry offers huge discounts on their Production Collective and Creation Collective for students and educators. These include Modo and a number of other Foundry toolsets. 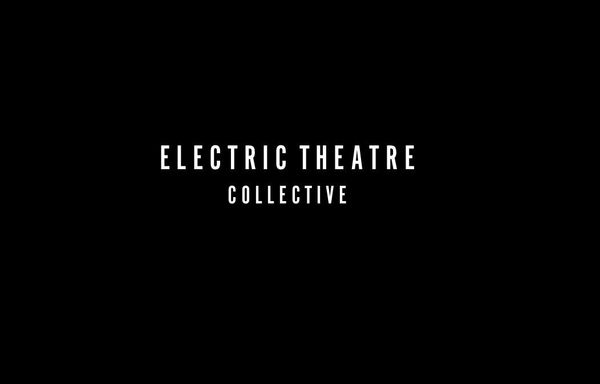 How big is Electric Theatre Collective [http://electrictheatre.tv/] and what are some of the biggest projects you’ve worked on? We touch on a wide variety of styles, our biggest full CG spots would likely be our campaign for Great Western Railway in London based on the Famous Five 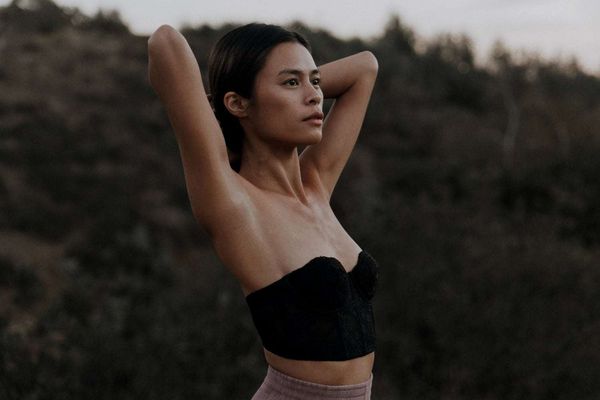 Hi everybody, I am Lanli Su, your 2017 Rookies winner in the Photography category. I am currently freelancing with a team of elite designers on a Christian Dior Campaign as their Lead FX Artist, all while finishing up my third and final year at Gnomon School [https://www.gnomon.edu/