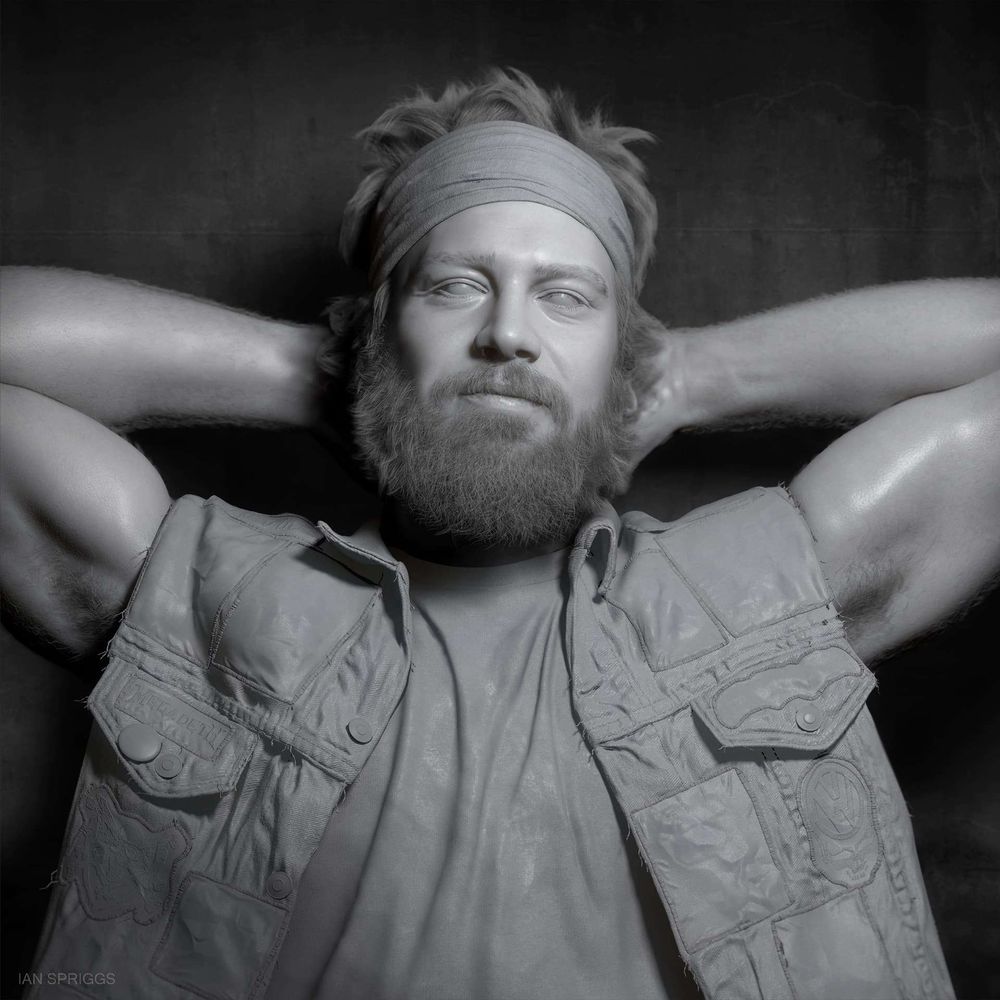 Career Advice - Working as a Character Modeler by Ian Spriggs

Want a successful career working as a Character Modeler? Ian Spriggs is the Lead Character Modeler at Image Engine and he sits down with us to share his journey and advice to aspiring artists looking for an exciting and challenging career like his own. The Journey What's your current role

Want a successful career working as a Character Modeler? Ian Spriggs is the Lead Character Modeler at Image Engine and he sits down with us to share his journey and advice to aspiring artists looking for an exciting and challenging career like his own.

Lead Character Modeler.  It basically is everything involved with modelling anything organic, creatures, humans, animals.

Where do you work, and what type of projects you involved with?

I have been doing quite a bit lately, I just started an awesome new job at Image Engine as the Lead Organic Modeller.

The past few years I have worked at Oats Studios, creating some cool creatures, I have had a few freelance clients doing some character work, I've been working with the Digital Human League helping out with what I can with digital humans, and obviously I always work on my personal 3d portraits too.

When did you first realize you wanted to work in this industry?

It was back in 2006, living in Montreal, I had a Bachelor of Fine Arts Degree and I was unemployed, I couldn't get a job anywhere, even outside of my art field.  My brother (Richard Spriggs, now the anim sup at Image Engine) had been accepted in to Sheridan collage. He told me that another school Seneca was still accepting last minute students, so I applied and got accepted.

I moved from Montreal to Toronto and started school the next day.  I actually didn't realize I wanted to work in the industry until I knew it was even an option, I always loved movies but getting to work on them was similar to wanting to win the lottery, it's probably not going to happen, but then it happened.

I think I have been fortunate in my career, I can't say for sure what my first big break is but I feel as though I have constantly moving up one step at a time.

Opportunities might present themselves as a big break but without recognizing them and working hard to take full advantage of it it won't go anywhere.  In a way I think you create your own big breaks, people help you along the way and be really supportive of you, they might show you the door but you have to walk through it yourself.

I suppose my first big break would be when I was younger and my parents gave me a pencil and paper.

I started my first job as a Modeller at Starz Animation, spent 4 years learning the ropes of modelling.  I then went to Mr.X to be the character lead where I spent another 4.5 years learning about digital humans.

I moved around some companies until I landed the job at OatsStudios, here I was responsible for all the characters and creatures.  I worked with some freelance clients for a while and then recently Image Engine hired me on.  A lot of my journey was supported by my personal work, I was able to get a few jobs from showcasing my work online, creating connections and making friends along the way was a big help too.

So far there hasn't really been a typical day, I like to think that each artist has their own path, even though I might have done the same hours as some of them or sit next to them all day they still their own unique story.

As for teams, they fluctuate, people move around companies, your team is basically the entire industry, everyone knows everyone, starting here at Image Engine I already know half the people because I have already worked with them, I think we are all in it together.

Some new ones I use are Wrap3.0, Agisoft, XYZtextures. Does scotch count as a tool?

As a character artist I work closely with rigging, texturing and lookdev, cloth sim, and grooming.  It is important to know the basics of each of these departments, I try to know everything on how to create a character from start to completion so I know what other departments need so I can make their job easier.

Scans have definitely changed the workflow in the past few years, now we are able to use scans for facial animation which is pretty cool.  Now I would say real time is making a lot of changes, directors will be able to make comments and have almost instant feedback.  When it comes to digital humans, every other month their are better and more advanced ways of doing them, it is hard to keep up at times.

I would never want to change that I work on digital humans, recreating humans in 3d is the biggest challenge we face.  We all know what we look like but to recreate us in 3d means that we have to know what make us human, from understanding how we move to understand subtle expressions to understanding emotion.

We have only just scratched the surface of who we are and every step we take is in new territory, I find it fascinating.

I'm not sure, I love my job.  Anything I have not liked about my job I try to change it, if I am not challenged or I feel unsatisfied I look for new opportunities or figure out ways to improve.  I don't need to work on the best biggest movies, I just want to work with good people and to be challenged in what I do.  I suppose I am not a big fan of shot modelling, perhaps I would eliminate that.

No.  I spent 5 years at art school and couldn't get a job afterwards.  Taking 1 year at Seneca helped me more than getting my degree.  Seneca helped tremendously but I don't think you need to go to school to learn 3d.

There are a lot of tutorials out there to learn the technical stuff, schools provides a platform which allows you to work everyday and gives you great advice and your surrounded by like minds, but if you can figure a way to be disciplined and work hard you might not need schooling.

I would suggest if you choose this path to try to surround yourself with as many artists as possible and get as much criticism as possible.

Prop modelling, retopology, uving, scene clean up.  I have seen a few juniors be given big tasks which have not been executed right and it is a pain to clean up.

I believe you need to walk before you run.  Learning the basics just means they will be able to handle the bigger assets, and it makes everyone down the pipeline happier too.

What skills seem to be missing all too often?

Something personal, something which has meaning in your life.  It will challenge yourself and you will care more about it, don't care if other people don't like it, art is your voice you may as well say something.

A lot of reels look the same, nice turntables, nice lighting, cool music, another nice turntable, most are quite boring.  Do something to stand out.

A lot of people create things because they think companies want to see it, I certainly don't, show me who you are, show me what you are interested in.

Don't get discouraged, it will just hold you back and it is time wasted.  Not everything you do is going to be great, some of it will be quite terrible, just keep moving forward no matter how slowly.

Being an artist isn't a straight line, it is a roller coaster.  My 5 years at art school was a little discouraging, there were a few good teachers but towards the end of school I stopped enjoying creating art.

After I graduated I moved to Montreal and started to draw again and slowly got back into it and realized how much I loved doing it, but I wasted a few years not pushing myself, had I not done this I feel as though I might be a little better today, but I learned and I will never make that mistake again.

I am a 3D Character Artist living in Vancouver Canada. The past few years I have been working at OatsStudios on Neill Blomkamp’s short films Rakka, Firebase, Zygote and Adam. 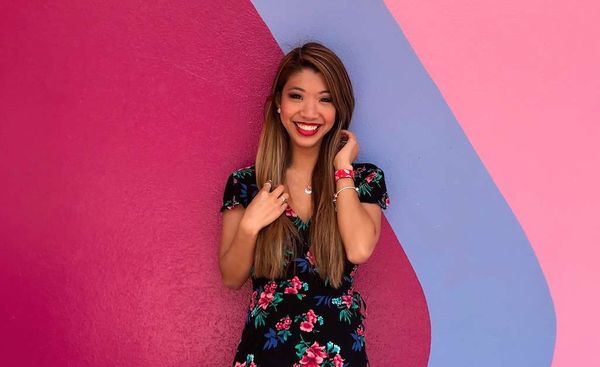 We sit down with Amanda Sparso, a very talented Rookie entrant and talk about her impressive directorial debut film - Yuanfen (pronounced ‘Yen-Fen’). Find out about her inspiration, motivation and tips for success with your own journey. Can you tell our readers a little bit about your background and how 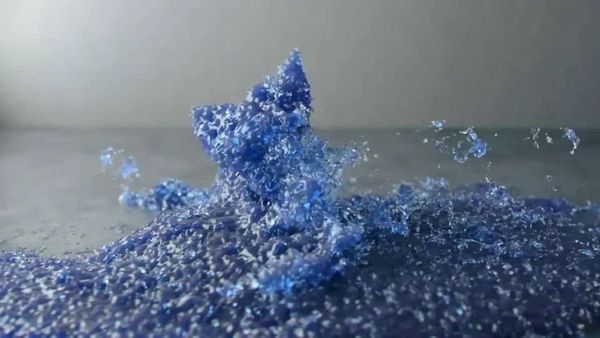 Today we throw the spotlight on CG Spectrum [https://www.cgspectrum.edu.au/] student Kristian Kebbe, an FX artist who is currently living in Melbourne, Australia. Can you tell us a little bit about your background and how you discovered your passion for visual effects? I'm Kris, I'm 25 years