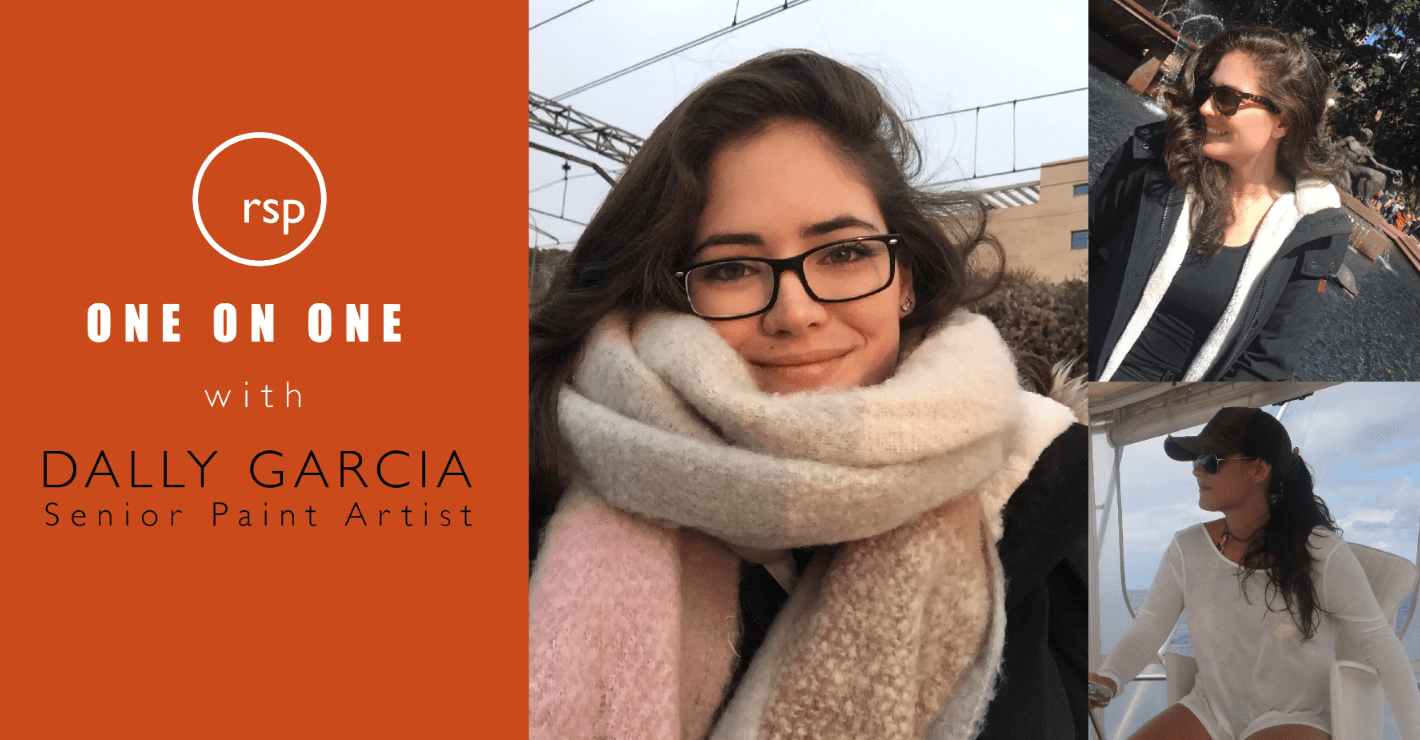 As a young girl in Venezuela, Dally was inspired by two incredible women who helped to set her on her career path. One of her mentors taught her to paint. That teacher - a talented artist - was her grandma. The other extraordinary woman was her mother -  a successful

As a young girl in Venezuela, Dally was inspired by two incredible women who helped to set her on her career path. One of her mentors taught her to paint. That teacher - a talented artist - was her grandma. The other extraordinary woman was her mother -  a successful architect. Influenced by her grandmother's amazing art and her mum's creative skills, Dally enrolled at university to study architecture and follow her mother's career path.

However, her passion for designing and creating on a computer extended further than architectural drawings. She loved using photoshop and enjoyed manipulating images, and after watching "The making of Pirates of the Caribbean: The Curse of the Black Pearl", she decided to deviate from her original path. Dally explored her options and found Full Sail University in Florida, which offered an accelerated program: a bachelor degree in two years instead of four. She took a leap of faith and at the last minute, aged just 18, she changed universities, degrees and countries!  A month after graduating from uni, Dally moved to LA and landed her first visual effects job at Skulley FX.

After 3 years of working on a variety of projects in the US, Dally moved to Spain but continued to work for the company remotely for another year. She then joined the team at Deluxe Studios for 6 months before moving across the world to an island called Australia, where she joined the Rising Sun Pictures studio as a Senior Paint Artist!

WHAT DO YOU DO IN YOUR ROLE?

I work closely with the compositing team to help integrate all elements of an image. I remove unwanted things, may it be wires, markers, tracker, wrinkles, logos, buildings, you name it. Reconstruction of pictures with limited or sometimes no original source and the most fun of all, roto.

WHAT MOVIES HAVE YOU WORKED ON?

WHAT’S THE MOST CHALLENGING THING YOU’VE FACED IN YOUR ROLE?

WHAT CHANGES WOULD YOU LIKE TO SEE IN THE INDUSTRY?

Less politics and more recognition and respect for ALL the artists that make the movie's visuals effects possible.

WHAT DO YOU ENJOY THE MOST ABOUT WORKING IN THE VFX INDUSTRY?

Watching the faces of the people you love light up when they read your name on the credits.

FAVOURITE MOVIE YOU HAVE WORKED ON?

WHAT DO YOU ENJOY THE MOST ABOUT WORKING AT RSP?

Having so many smart and fun people around me.

WHAT DO YOU ENJOY THE MOST ABOUT LIVING IN ADELAIDE?

Living close to the beach, but also having city and hills. I love how safe it is, it's not incredibly crowded, and the cute koalas!

WHAT ARE YOUR INTERESTS / HOBBIES?

Anything that has to do with the ocean and beaches. Drawing/doodling. I’m fascinated by science and space. Traveling, reading fantasy sagas that hopefully get finished before the author dies. (Patiently waiting for Winds of Winter). Fitness and lifting heavy weights.

TELL US SOMETHING ABOUT YOURSELF THAT WE DON’T KNOW?

Since it seems to be trend with staff profiles, I have weird thumbs. Check Megan Fox's for reference.

CRAZIEST THING YOU HAVE DONE

Drove a truck cross country with all my belongings while towing my car from Florida to California.

SUPERPOWER OF CHOICE AND WHY

Time manipulation. That way I can do and learn everything that I want to.

IF YOU COULD MEET ANYONE AT ALL, WHO WOULD IT BE AND WHY?

Carrie Fisher, because she’s a legend.

WHAT THE WORLD NEEDS NOW IS….

More women in positions of power.

Don't be afraid to get out of your comfort zone. By that I mean travel, live abroad, try different places, different cultures. It's highly likely you’d have to do it in this industry anyway, might as well get a kick out of it! 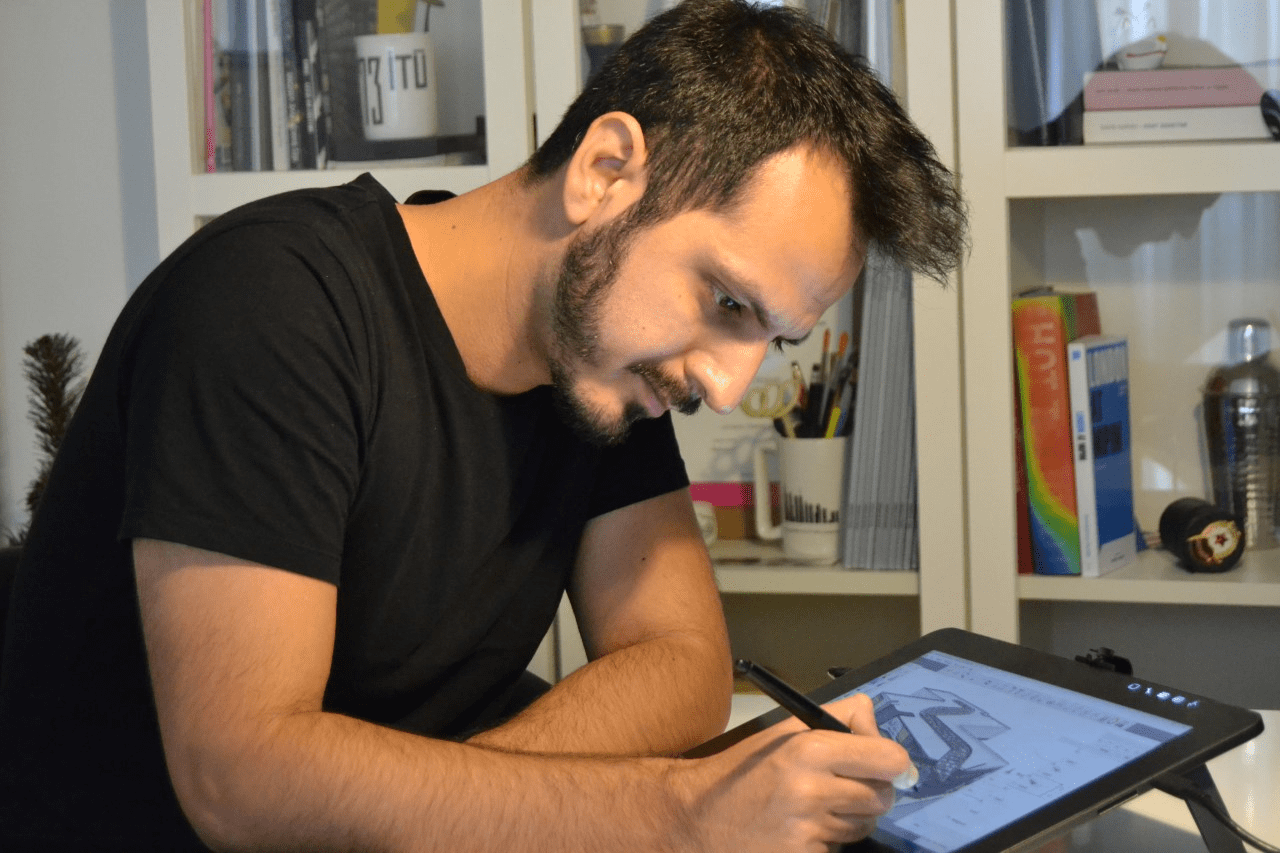 Erman Özdemir is an architect, interior designer, urban designer and architectural illustrator.  He started drawing as a child, but after an earthquake in his hometown, his creativity shifted toward architecture in response to the events that unfolded around him.  He pursued these interests and graduated from Istanbul Technical University