10 Ways Virtual Reality Is Changing the World of Design

Virtual reality is rapidly altering the landscape of design. Learn how this advancing technology is opening new worlds for modern design trends.

Originally posted by Grace Fussell on the Shutterstock blog.

VR as a technology isn’t new. But, some of the ways it’s integrated into everyday experiences is innovative and exciting. In this article we explore ten ways virtual reality is changing the design world, from totally immersive gaming to overlaying real life with your own custom graphics.

Taking a more in-depth look at some of the creative trends we predicted to be influential in design in 2019, here we’re tapping into the “Everyday Futurism” trend. This trend anticipates that, as the world of tech grows increasingly more dominant in our lives, a new visual language will develop to capture the radical changes in daily life.

What Is Virtual Reality?

Many designers and tech innovators predict virtual Reality (VR) will be the next probable step in the digital revolution. VR immerses individuals in a completely artificial, digitally-generated environment. VR headsets or glasses are the most common method.

VR is completely immersive for the user. But, other related forms of digitally-enhanced reality aim to create a more seamless experience for the user by blending the real and virtual worlds.

Some industry leaders have pointed to augmented reality as the more promising relative of VR technology. Back in April 2017, at Facebook’s F8 annual developers conference, Facebook founder and CEO Mark Zuckerberg indicated the company would be looking into developing technologies based on augmented reality, with a platform for this in beta production.

Microsoft has been exploring the potential of MR technology with its HoloLens headset, and using MR to bring a new dimension to designing architectural buildings or making Skype calls, for example.

Virtual reality and its related technologies are transforming the world of design. Discover how its impact reaches across architecture, graphics, interior design, gaming, and even retail.

1. VR Websites Bring the Travel Experience Directly Into Your Home

One of the possible future benefits of virtual reality is its ability to make experiences accessible for many. While a trip to a far-afield museum or gallery might once have involved years of saving up to make the trip of a lifetime, now eager art fans can “enter” an increasing number of cultural institutions virtually.

The Prado Museum (Museo Nacional del Prado) in Madrid has experimented with VR technology in its website design, giving users a completely immersive experience of navigating the museum’s galleries, without the need to be physically present.

While the Prado Museum’s website allows users to view the artworks and information about them, some web designers are looking to augmented reality to provide a more interactive experience for users.

Furniture retailers are already starting to tap into the potential of AR. Several are developing apps that allow consumers to test how furniture will fit into in their homes.

Ikea’s Place app allows customers to preview more than 2,000 products through the iPhone app. Michael Valdsgaard, the Leader of Digital Transformation at Inter IKEA Systems B.V., explains how “IKEA Place lets you place true-to-scale 3D furniture in your home using the lens of your iPhone camera.”

Graphic designers shouldn’t feel left out with the changes brought about by VR in 3D design fields. Graphics and illustrations also have the potential to transform with the help of virtual reality technology.

Poly is Google’s recent experiment with creating a digital library of 3D objects. These objects can be used to populate virtual- and augmented-reality worlds.

With users creating and contributing their own designs, Poly functions like a clip-art library. It stocks a huge range of 3D items ranging in complexity from animals to buildings, or even complete environments.

Holographic computing might seem like something lifted from Minority Report. But, today it’s becoming a potentially accessible and affordable reality for individuals working in the design industries.

Through the use of specialized headsets like the Magic Leap One, users are able to view holographic projections as they work. While this might sound gimmicky, this may allow designers who work away from their desk, such as an architect performing a site visit or a photographer visiting a location, to work on designs in situ, making for a dynamic and freeing working experience. In fact, Shutterstock has partnered with Magic Leap to offer high-quality multimedia assets for spatial computing, helping Magic Leap creators build responsive, mixed reality environments.

5. Hyper-Immersive Gaming Experiences Are Created With the Help of Mixed Reality

The gaming industry was one of the first to adopt VR technology in developing products. And, its ongoing love affair with immersive technology shows no sign of slowing down.

The monumental success of Pokémon Go indicates that consumers are favorable towards games that blend virtual and real environments. So, developers are looking to build on the success of this by experimenting with games that employ mixed reality (MR) technology.

MR makes for a more interactive and arguably addictive gaming experience. A collaboration between Magic Leap and ILMxLAB has resulted in Project Porg, the Tamagotchi of 2019. Players can nurture, feed, and also play with their cute porg “pets.” The point of difference? Since the game uses MR technology, the characters are able to be aware of and interact with objects in the real-world environment.

6. Virtual Reality Experiences Can Be Shared

Movies like Blade Runner 2049 often present the future of digital technology as equating with increased social isolation. And it’s apparent that many current VR products, such as headsets, do indeed work by isolating the user in an environment often only they can see.

However, some designers are looking into ways that virtual reality products can be made to be more social and inclusive. Industrial designer Ben Lorimore has envisaged a solution to the isolating experience of VR with his Flow headset design, for example. The front of the headset features a screen that mirrors the VR experience.

Flying can be a stressful experience. Many individuals even choose to pay higher fares to be able to use speedy boarding facilities or avoid airport chaos in private lounges. To make the traveling process calmer for all, some designers are looking into the potential of augmented reality (AR) to provide a more seamless, stress-free experience of using airports and stations.

Digital agency PLATFORM realized that an app utilizing AR technology could help travelers to quickly pinpoint their route to check-in and reach security control efficiently. It could even help locate gates, restaurants, and restrooms instantly. With added features like the ability to measure carry-on luggage and to assess the time and distance to walk to your gate, the agency has conceived an app with the individual traveler’s experience at the heart of its design.

What will the homes of the future look like? Devices that transmit data to external sources in an Internet of Things model might sound potentially disturbing. So, some designers are using virtual reality to bring a more humanistic edge to digitally-enhanced interiors.

Swift Creatives Studio collaborated with electronics company HTC to create an AR projection lamp for use in the home. The stylish HTC Vive lamp is designed to attach to a wall or ceiling in a kitchen. The projection allows you to set the temperature of the oven, and also gives cooking guidance on the preparation of ingredients and portion size.

Swift Creatives have also prototyped mixed reality products to achieve a wide range of cool and quirky functions in home environments. This includes everything from projections that help slice bread perfectly, to an ambient snowscape that interacts with household objects.

This type of AR and MR integrated into domestic settings might mean that visible controls and buttons will soon be a thing of the past.

Graphic design might be a traditionally 2D practice, but VR has the potential to transform 2D designs into fully immersive 3D creations.

Singularity is an experimental project created by Madrid-based design studio Relajaelcoco for the Oculus Rift and Gear VR. It’s the first of its kind to explore the potential of VR in graphic design.

Francesco Furno, co-founder of Relajaelcoco, came up with the idea for Singularity after noticing how current VR games often miss the 2D element of graphic design. The Singularity experiment shows how designs for VR don’t necessarily have to be modeled on the gaming world, but can take stylistic cues from the graphic design world instead.

Expanding on the ideas raised by Singularity, some designers are really starting to analyze how VR can apply to things beyond graphics. They feel VR can uniquely enhance virtual reality and make it more interactive and compelling.

Belgian designer Dauntesq provides a highly watchable example in his Mixed Reality Icon Series. Here he transforms social media icons into tactile MR objects that viewers can interact with. From an Instagram logo that can hover and wobble, to a Twitter icon that explodes into ever-multiplying birds, it’s well worth a look.

The Future of Virtual Reality in Design

More designers are experimenting with virtual, augmented, and mixed reality in their work, and with many large tech businesses like Microsoft and Facebook investing serious money into developing VR-related products, we can expect to see much more change to come in the design world connected with VR. 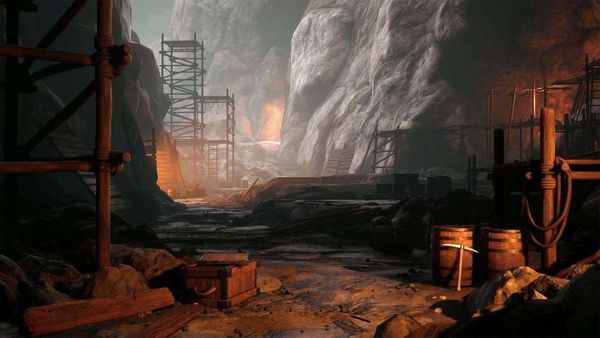 It must be encouraging for the team at Unity [https://unity.com/] to have studios and indie developers build incredible games with their platform. However, I believe it must be more exciting for them to see what students and aspiring artists are doing these days. Here is just small sample 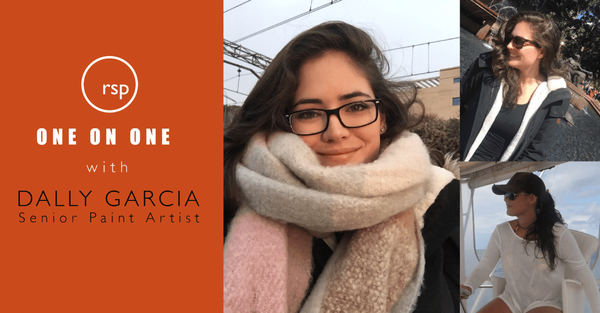 As a young girl in Venezuela, Dally was inspired by two incredible women who helped to set her on her career path. One of her mentors taught her to paint. That teacher - a talented artist - was her grandma. The other extraordinary woman was her mother -  a successful