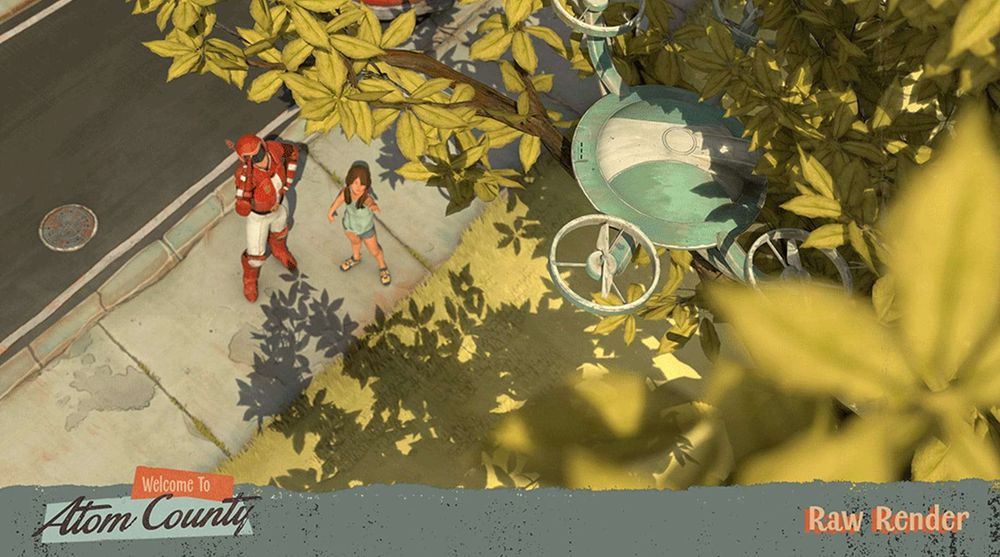 Using V-Ray Next to Create a Manga-Inspired World

Sr. Environment Artist Sonja Christoph puts V-Ray Next [https://www.chaosgroup.com/blog/v-ray-first-look-smarter-rendering-with-the-new-adaptive-dome-light] for 3ds Max [https://www.chaosgroup.com/vray/3ds-max] through its paces to render a series of images with a hand-painted, illustration look. Sonja Christoph’s curiosity for new software and rendering engines takes us on

Sr. Environment Artist Sonja Christoph puts V-Ray Next for 3ds Max through its paces to render a series of images with a hand-painted, illustration look.

Sonja Christoph’s curiosity for new software and rendering engines takes us on a journey into the visualization of a new world: Atom County. Revealing the beginning of a new series of works with a beautiful illustrative style, Sonja puts V-Ray Next for 3ds Max to work for the first time and explores in this article some of the capabilities of version Next in her 3D illustration workflow.

And on that note: Welcome to Atom County!

I got the idea for Atom County — which is what I’m calling this world and series — from a personal piece I did a while ago, titled “Mikey, Berta caught on fire again. Can you check it out?” To me, it captured a one-of-those-days kind of moment that we all have.

It’s the pipe bursting on one side when you just fixed the other, or your software crashing when you forgot to save … for the last few few hours. It’s those little less glamorous — and usually quite funny for other people — on-the-job moments and frustrations that we can all relate to that I wanted to capture and make a series out of.

So that was the basic idea for my project. Next up, I needed to decide on a setting and world that my stories would take place in and a style to render my images in. I recently saw some of the beautiful background paintings from Tekkon Kinkreet and I just absolutely fell in love with the manga style, so I decided I wanted to go for a procedurally generated, more hand-painted, illustration look.

It’s not at all what I normally do, which made it a completely new challenge for me — which got me very excited. I always try to learn something new whenever I do personal work; I also picked up Blender for modeling on this project.

I figured this kind of look would go really well with a mid-century modern, atomic-age world. And I’m a huge fan of that era. I think it’s an incredibly fun time period for design — and, so, Atom County was born!

I no longer needed to use local subdivisions — V-Ray Next handled all the optimizing for me!

This first image in the series is called “My C.A.T. is in a tree,” with, of course, the C.A.T. being a drone — and not a cute, furry animal. C.A.T. stands for Copter Air Traxx, which is what you’ll see on the poster later in this article. I thought this would be a cute, retro-future pun and a good start to the series.

V-Ray Next really blew me away by how fast and how easy to use it is. I also love that there is a GPU version available as well. I used V-Ray Next’s IPR (Interactive Preview Render) feature to dial in my lighting setup and depth of field settings. And I used the V-Ray SampleRate render element to analyze and optimize my render settings. I noticed that I no longer needed to use local subdivisions — V-Ray Next handled all the optimizing for me!

The whole process of getting my scene lit and set up for final renders was done in no time at all. So all I needed to do was design, model and texture my assets.

One of the challenges that I faced with this project was the grass. When you look at the grass in the illustrations, you’ll notice it usually only has a little bit of detail in some areas and then it tends to just blend into the ground. I wanted to get a similar result with as little cheating — a.k.a. painting over in Photoshop — as possible. So I simply relied on V-Ray’s object properties to turn off shadow casting and dial in the GI contribution to get the best results for my scene.

V-Ray also has its own rounded-edge shader which cuts down on my modeling time. V-Ray Next is just incredibly versatile and I look forward to creating more Atom County images with it soon!

Tools used in this article:

Sonja Christoph is a Sr. Environment Artist at Massive Entertainment, an Ubisoft company. Sonja is an environment artist and matte painter who kickstarted her career at Rhythm and Hues, followed by The Mill and ILM. During her four years at ILM, she also worked on several VR projects with ILMxLab — one of which, “Carne Y Arena,” won the rare Special Awards Oscar. Sonja now works on AAA game titles and is located in Malmo, Sweden.

There have always been blips of mature content on the animation spectrum, but never anything like Love, Death & Robots [https://www.youtube.com/watch?v=wUFwunMKa4E]. Released in March, the anthology kicked open the doors for adult-oriented content in the medium, giving a generation of fans raised on Liquid Television 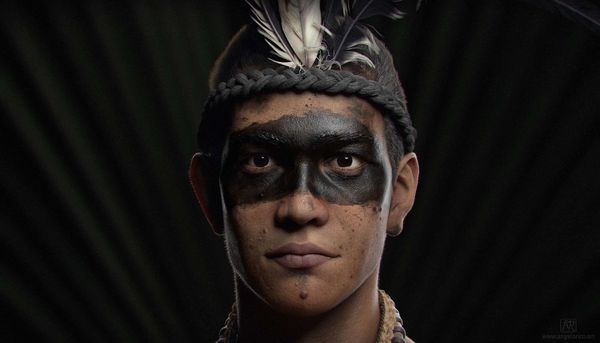 Working in visual effects, animation, games and similar creative media & entertainment industries has always been highly competitive. As an artist you constantly need to learn new software and challenge yourself to improve your creative and technical skills. You need to always be on the look out for that next career