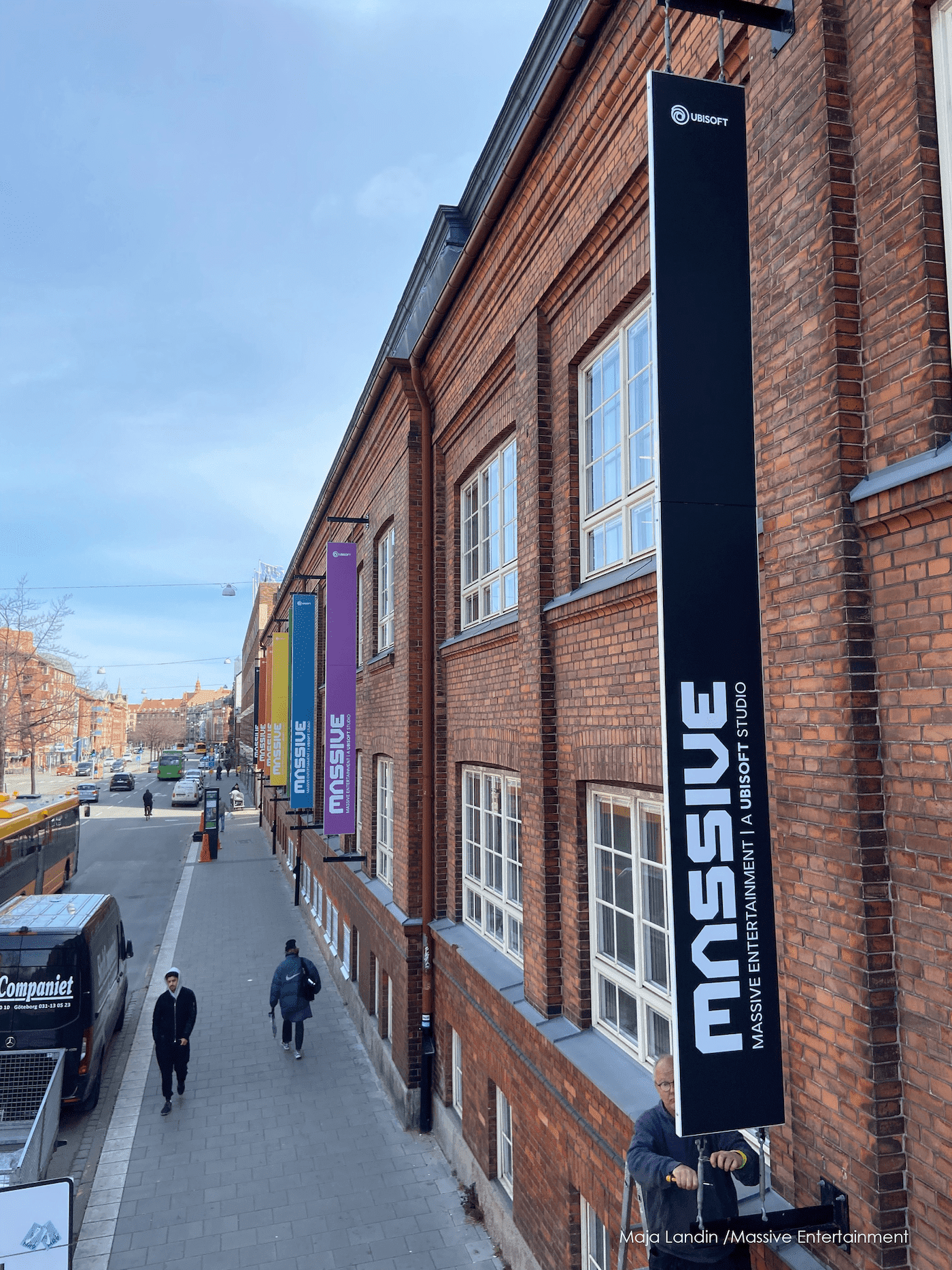 Working as a Junior Cinematic Artist for Ubisoft

We love hearing great success stories about our Rookies. Amanda Hakim is living her dream as a Junior Cinematic Artist at Massive Entertainment - a Ubisoft Studio, with a love of all things science and tea. Especially tea.

We love hearing great success stories about our Rookies. Amanda Hakim is living her dream as a Junior Cinematic Artist at Massive Entertainment - a Ubisoft Studio, with a love of all things science and tea. Especially tea. We sat down with her to learn more about how she started out and eventually landed this great role.

I guess there wasn’t a defining moment for me, but it was something that developed over time. I’ve played video games and I’ve made art for as long as I can remember, but creating games seemed like a far fetched dream. I was finishing my last year of engineering when I heard about The Game Assembly and so I decided to at least try to apply before I committed myself to engineering. I haven’t regretted that choice one bit.

I am a cinematic artist, which is a broad term in itself, because I do a little bit of everything. I work with storyboarding, previz, concepting, 3d modelling, set-dressing, texturing etc. Whatever the production needs that I can jump in to help out with, I do or learn.

I work at Massive Entertainment, which is a part of Ubisoft. In the Cinematics team I’ve had the chance to work on both The Division 2 and other Ubisoft IPs.

The short version is that I studied at The Game Assembly and through it got my internship at Massive Entertainment. But there’s more to it than that. The school hosts a Meet and Greet event where both local and international companies can come by and talk to the second year students.

There is also a dedicated portfolio launch, where all the student’s portfolios go up at the same time. All of this creates the perfect opportunity to get in touch with many different companies and makes sure your portfolio is seen.

Prior to The Game Assembly I had only been doing 2D art and comics, so it wasn’t until I started the school that I began learning 3D as well. I ended up being a perfect fit for the Cinematics team at Massive, since the team needs jack-of-all-trades type of artists most of all.

What was the interview process like and what advice would you give others?

As I mentioned before, The Game Assembly has a meet and greet event and through it I was offered an interview at Massive. The interview itself was mostly focused on trying to see what I would be interested in doing and if I would be a good fit for the team. After the interview they offered me a position as an intern and the rest is history.

My biggest advice is to go in with an open mind and be very clear that you are ready to learn and to be humble. Working with games is a team effort and you have to communicate that you are a team player.

I start between 8-9 in the morning and begin with breakfast and reading my emails. After that I check my tasks and if I have gotten any feedback on them. Once that is done I work on whatever I have set out for the day and that is interspersed with conversations with my colleagues, which tends to give a lot of valuable feedback in itself. Depending on where we are in production, we have daily meetings where we look through where our shots are and what still needs to be done to achieve our final product.

Now with Covid-19 all of this is happening from home, which has been a seamless transition for me at least and we all keep in touch and try to make sure we are social, even if we aren’t in the same office at the moment.

The Cinematics team primarily works with the realization director on any given project and we also work with Narrative, the World- and Sound-team a lot.

The variety. I love having to always keep up and learning new software and techniques. I’ve never truly been the expert type, since I prefer to be a jack-of-all-trades most of all. Back in school I was always concerned that it would be an issue, since I really wanted to work in AAA, but Cinematics has proved to be the perfect place for me and my skills.

This doesn’t have anything to do with my job itself, but I would love to see a change to the perception of video games. It is as much a medium of communication as movies and books and I would love to see it getting the recognition it deserves. That being said, it is already happening, but it has some way to go.

The Game Assembly is an amazing place to learn. I have studied a lot (too much, some would probably say haha) and I have never come across a group of people as eager to learn as the students or as dedicated to teaching as the teachers. Studying at The Game Assembly was intense, but I learned a lot along the way. We created 8 games over two years, aside from our regular courses. It didn’t just teach the skills required for creating games, it also taught the communication skills needed for teamwork. If you want to get into the games industry and are ready to learn more than you ever have, The Game Assembly is definitely one of the best ways to do it.

Overall, I feel like The Game Assembly prepared me quite well for working at bigger studios such as Massive. However, I wish I’d known the value of a varied education beforehand and that being a jack-of-all-trades can be really good, even in big companies.

If you could give one piece of advice to artists trying to get a job, what would it be?
Honestly, I think keeping an open and humble mindset is really important in the beginning. If you are starting out, you are there to learn and to be part of a team. Being a nice and dedicated person to be around really goes a long way. 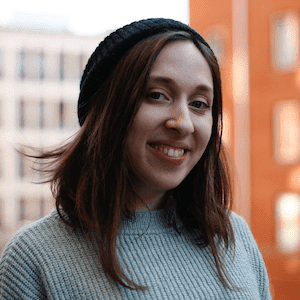 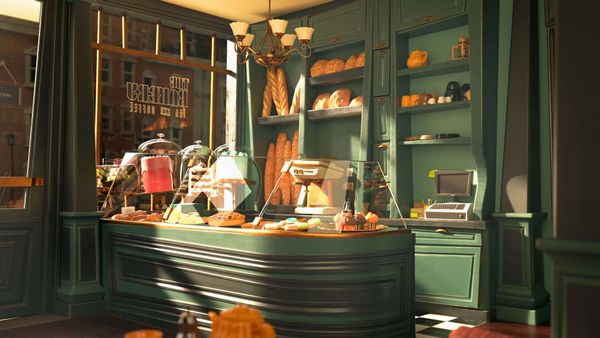 With over 10,000 members using the portfolio tools on The Rookies, there is no shortage of amazing portfolios worth checking out. This week our team has picked another amazing portfolio that shows a great range of skills, a creative eye and solid technical skills. 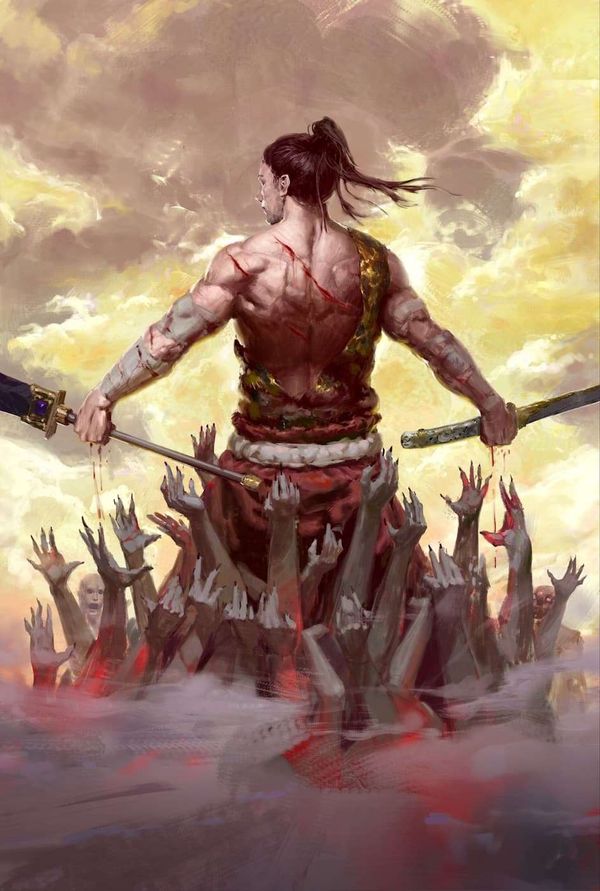 We sat down with Syn Studio alumni Jason Yao to chat about his journey to become a junior concept artist. Jason has always had a strong passion for storytelling and enjoyed creating characters and environments with a keen interest in world-building and Fantasy.