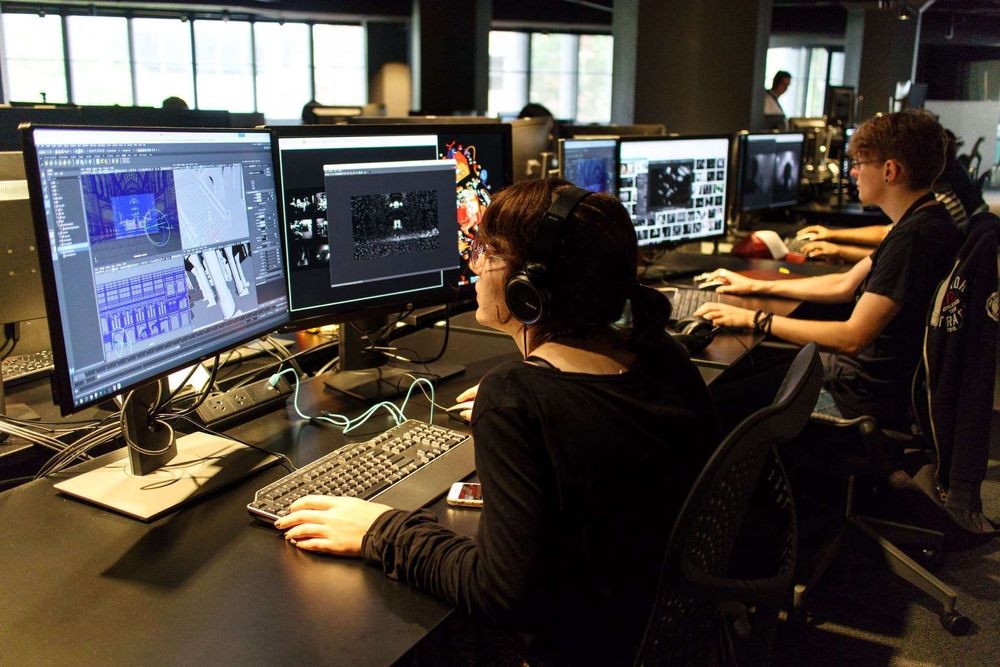 We speak to Lauren Bartie a student about the ins and outs of studying at UTS Animal Logic Academy in Sydney, Australia.

Whether you’re already at school, looking to find a new school or even considering moving overseas to study, nothing beats hearing from the students themselves! We speak to Lauren Bartie a student about the ins and outs of studying at UTS Animal Logic Academy in Sydney, Australia.

Ultimo - located right near the centre of Sydney.

The academy is positioned right next to Sydney’s Central Station, which makes access to public transport really convenient for its students.

I’ve only been at the academy since the beginning of this year, completing the academy’s accelerated Master of Animation and Visualisation. Emulating a real studio environment, the one-year course runs from January until December - 9am-5pm, Monday to Friday.

I was drawn to study at Animal Logic Academy by the amazing amount the course has to offer. In addition to its incredible teachers and extensive learning resources, the Academy follows a unique, project-based teaching structure - providing an opportunity to collaborate closely with others in a realistic studio environment. I was also really excited at the chance it presented to make industry connections and meet an assortment of like-minded people passionate about the same field as I am.

Walking out of the Academy, the first thing you’d see would be the Goods Line - an urban walkway which directly connects Railway Square and Darling Harbour, converted from one of Central Station’s retired railway lines. Our building is situated right in the centre of the promenade, meaning that we conveniently have easy access to Central Station on one side and a five-minute walk to Darling Square on the other.

Right outside the building is Cafe 80, which is definitely our studio’s lifeline. Not only is it there to help us with daily cravings - coffee, snacks, lunch, you name it - but it also transforms into a bar at night. Their all-night happy hour on Fridays has also become an ALA staple.

If anything, I wouldn’t mind a little less travel time. While the studio is very close to public transport, many of us have over an hour to commute each morning. Less daily travel time would probably give me more of an opportunity to ensure that I have my outside life together - giving me a little more time to recharge and focus on my/external interests and hobbies. At the moment, I find that bringing a book or my Switch along makes my longer commute a lot more enjoyable.

I’d say there’s a pretty even combination of students wearing vibrant, funky shirts and comfy hoodies, so they’re definitely both top contenders for our unofficial uniform.

It really depends on what you’re into. If you like the Aussie beach scene, Coogee Beach and the more secluded Gordon’s Bay are top of my list. For great food (especially brunch), I’d recommend checking out the huge variety of restaurants and cafes in Surry Hills, which is well-known for its stylish eateries. I’d also consider Newtown a mandatory stop for newcomers - the thrift stores there are unbeatable.

One I’ve heard from a handful of friends is the assumption that we’d all be majorly sick of/struggling with the 9am-5pm, Monday to Friday schedule that ALA runs by. While the hours are definitely intense, we’re all really passionate about the projects we work on, and hugely enjoy our time in the studio. Honestly, the time flies by most of the time - often students will arrive early and leave late!

For ALA, a massive night out would probably involve several rounds of Friday Happy Hour drinks from our beloved Cafe 80, followed by some Korean Barbeque at one of Haymarket’s local joints. Recently, there’s been talk of late-night karaoke too…. hopefully we’ll be able to squeeze that into one of our upcoming hangouts!

Definitely any of the local Chinese noodle joints at Haymarket, which is just down the street from our building. As UTS is in close proximity to Chinatown, there are dozens of small local restaurants that are great for cheap student eats - pan-fried dumplings being my absolute lunchtime go-to.

I once witnessed one of my fellow students eating a bowl of baked beans and rice in the ALA lunchroom, which I found super strange. While some may call it a travesty to the culinary world, he insisted that it was a ‘must-have’ for the everyday university student.

I definitely wouldn’t change the people. After several months studying at ALA, we’re already such a tightly knit cohort of diverse personalities, ages and backgrounds. We all get along really well and often do a lot of social things after studio hours, so I’m looking forward to spending the rest of the year with everyone.

Selfishly, I probably wouldn’t mind seeing the studio’s low lighting levels changed. While it’s really great for our digital workspaces, I’m really struggling to keep my desk plants alive! However, I do think I’d come to regret the added screen glare, so it’s definitely not such a bad thing overall.

I’d probably put the money towards purchasing more tablets and gadgets that could be loaned out to students and some fun (and educational, of course) pre-paid excursions. I’d also probably put it towards an appreciation bonus for our ALA staff, who work really hard to make sure that everything in the studio runs smoothly for all of us. Oh, and a crazily decked out games room.

Author: Lauren Bartie - I’m a 21-year-old student based in Sydney and currently completing a Master of Animation and Visualisation at the UTS Animal Logic Academy. 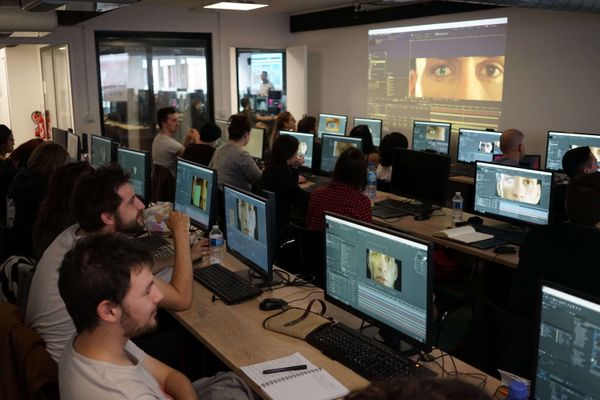 Winning the Rookies scholarship prize for my master at New3dge gave me the opportunity to specialise and grow as an artist, mentored by great professionals in the field.