Animation and visualisation production in Australia is booming right now. So much so that animation and production companies are reporting a growing need for artists, having been buoyed by plans from local and overseas film studios and streamers

Animation and visualisation production in Australia is booming right now. So much so that animation and production companies are reporting a growing need for artists, having been buoyed by plans from local and overseas film studios and streamers—Netflix recently committed to six animated features a year, for instance—and from newly announced government support.

Several of those Australian companies weigh-in on how they’ve recently been expanding in the areas of animation and visualisation, and what the future holds for the local industry.

A proliferation of projects

Australia has been demonstrating its significant capacity in the visual effects and animation fields for many years, and, most recently, there’s been a particular explosion in both 2D and 3D animation work being created Down Under.

For example, Animal Logic, the studio behind The LEGO Movie franchise and the Peter Rabbit movies, is deep into production on the Warner Bros. animated feature DC Super Pets. “That’s a film that is being produced out of our Vancouver and Sydney studios, a cross-collaboration over the Pacific,” notes chief operating officer Sharon Taylor.

Having that many projects on the go means, according to Taylor, that the studio is casting a wide net for talent, everyone from concept to story artists to asset creation, layout, animation, lighting and composting.

“Anybody with an interest in any of the roles in animation production, no matter how obscure you think the role might be, should check out our website.”

Another busy animation studio in Sydney is Flying Bark Productions. It recently completed the animated feature 100% Wolf, and is currently working on several animated series, including LEGO’s Monkie Kid and Marvel’s What If…?. Managing director and executive producer Barbara Stephen says there are many opportunities in both more 2D hand-drawn style animation and 3D animation at the studio, which is in the process of expanding into a new studio location that can house 400 artists.

“There’s just a lot going on with our animation services business—so we’re always looking for producers, pipeline crew, lighting, compositing, rigging, 2D animation and 2D FX, that’s a big one. And we’re soon to adopt Unreal Engine for series work, which will really lead to a highly diversified pipeline across productions.”

It’s a similar story at Plastic Wax, the Sydney-based studio that has traditionally been heavily involved in game cinematics, more recently branching out into long-form CG animation. The company is working on an animated series for Netflix. What’s more, it’s utilising Unreal Engine as the backbone of the production, and heralded to be one of the first animated series to be produced this way.

Plastic Wax general manager and executive producer Felix Crawshaw adds that the current circumstance of the pandemic have actually meant his studio has been able to take on more of the whole production process in animation work. When mocap studios in the U.S. shut down, one client turned to Plastic Wax for help. Now they’re directing and motion capturing the performances for their client, who could watch and co-direct remotely in real time.

“It’s amazing how virtual production technology can bridge the divide between countries and the challenges that COVID puts up. They’ve been able to carry on business with us in Australia, and I think that’s a success story in the face of COVID.”

Indeed, the increased abundance of ‘real-time’ projects has brought with it new opportunities that are further and in addition to those in animation and VFX in Australia. This is especially the case within the realms of virtual production, immersive experiences and visualisation projects that use virtual reality (VR) and augmented reality (AR), all of which rely heavily on real-time tech.

Several VFX and animation studios here are ramping up their involvement in virtual production; the recent opening up of a Sydney office of Industrial Light & Magic—with its Mandalorian expertise—looks set to increase that virtual production footprint in the country.

Meanwhile, studios that already provide a wide array of services in extended reality (XR), VR, AR, games, visualisation, real-time and virtual production have found themselves busier than ever.

Take Mod, for instance. The Sydney company headed by Michela Ledwidge was formed a decade ago and now operates in a very diverse sphere of XR-related projects. Recent ones of note include virtual graduations, documentaries and installations, and the virtual production behind Harry Shearer Donald Trump impersonation videos where the actor was also motion captured ‘live’ remotely.

Ledwidge observes that there’s now a high awareness factor of the power of real-time, and therefore a need for artists with those skills. Mod recently hired two graduates from the University of Technology’s Animal Logic Academy (ALA) to work on real-time projects.

“The first worked as a technical artist and was building real-time sets,” Ledwidge. “We also employed someone as a virtual production generalist who has been on set as a two-person virtual production unit. That’s everything from doing virtual camera work to camera tracking to digital humans pipelines. It’s a fantastic time for growth in this space.”

Australia: a great place to work

So, it seems there is definitely growing work in Australia in animation and visualisation. Studios looking for crew members identify, too, the high skill level and aptitude of local talent in being able to fill those roles. “There is a really incredible base of artists here who are very innovative,” observes Flying Bark’s Barbara Stephen.

“We really want to help keep building that industry.”

And that’s something Australian federal and state governments have recognised, with a number of recent announcements occurring in the area of production incentives. The federal government, as part of a $400 million funding package, introduced a location incentive in addition to the location offset rate of 16.5% for eligible large budget international productions that are made in Australia. The Post, Digital and Visual Effects (PDV) offset of 30% remains, however the threshold increases from $500,000 to $1 million minimum spend in Australia. At the state level, the NSW government, for example, also now has a PDV ‘top-up’ rebate of 10% on eligible spend.

“That support has really changed the industry here in NSW,” states Grainne Brunsdon, head of Screen NSW. “There’s certainly a strong growth trajectory for a lot of companies. I think it’s quite an exciting place to be in and there are also a lot of transferable skills to other industries that are looking at things like AR/VR and mixed reality, too.”

“We anticipate growth in the sector,” continues Brunsdon, “and from what we’re hearing from conversations with companies in Sydney and New South Wales with those incentives being put in place is that there’s confidence to develop a pipeline of work and to be able to train people and take on new artists.”

It’s a feeling backed up by Animal Logic’s Sharon Taylor, who adds that, despite the unusual year that 2020 has been, the industry has been accelerating, and that Animal Logic and other studios are taking advantage of Australia being a safe and vibrant place for it to accelerate in.

“There’s such a diverse range of work available for people, everything from different styles of films and TV shows being created, to the filmmakers that people get to work with. I think that creates exciting opportunities for people.”

How to be part of it

As the animation and visualisation areas of the industry in Australia heat up, aspiring artists have several options to get involved.

A great start is by checking out the vocational and undergraduates courses in animation, modelling, art and design, computer science and game development available at a number of well-regarded colleges and universities throughout Australia.

The aforementioned UTS Animal Logic Academy offers an accelerated 1-year Master of Animation and Visualisation, and has most recently been ranked in the top 10 schools in the world for 3D animation production excellence*.

Like the increasing demand for animation and visualisation content, so too is there a demand for graduates to create it.

Alwyn has a background in fine arts and has worked at Sony Imageworks, The Moving Picture Company, Double Negative, Animal Logic, and Weta Digital. 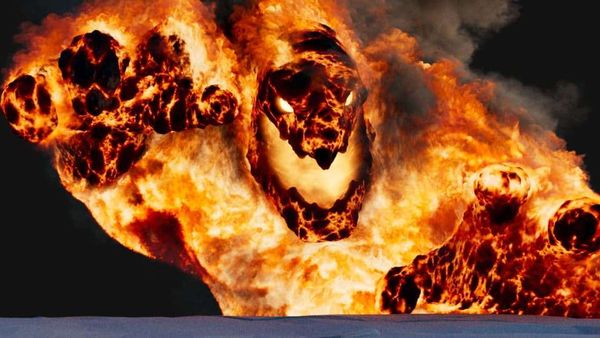