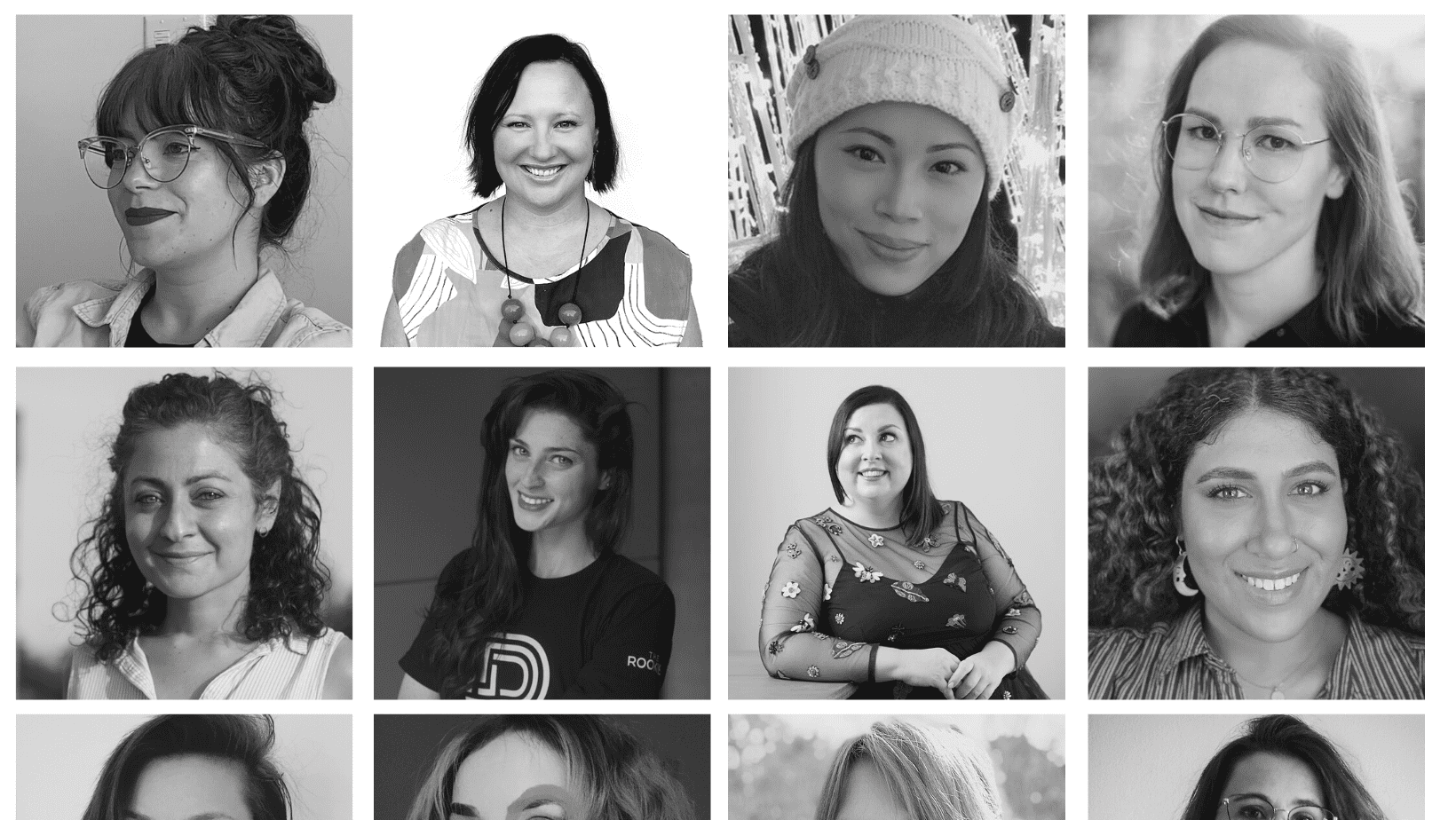 To mark International Women’s day, we are applauding the women we celebrate every single day. We look up to these women not just for their creative and technical prowess, but for their contributions to the next generation of artists, creators, and makers.

To mark International Women’s day, we are applauding the women we celebrate every single day. We look up to these women not just for their creative and technical prowess, but for their contributions to the next generation of artists, creators, and makers.

Despite the years of backward thinking around gender, they are forging ahead and creating a space where they rightly deserve to be. They are the role models that continue to shake things up and challenge the status quo.

Together, we can continue to push for creative industries to be not just compelling to all, but inclusive and equitable.

Zeina is passionate about helping make memorable performances that connect with the audience. She strives to deliver vividly expressive and meaningful films for future generations to enjoy. She works at Mikros, and before that, she animated two Feature Films at Cinesite.

She is experienced in photo-realistic VFX Animation too. Her ‘1917’ team at MPC won the Academy Award, Golden Globe and BAFTA for best VFX. At MPC she also had the pleasure of working on ‘Dolittle’, ‘Maleficent 2’, ‘Detective Pikachu’ and ‘Aquaman’. Prior to MPC, Zeina animated TV shows in London for both Emmy and Bafta Award winning studios; Jellyfish Pictures and BlueZoo.

Zeina remains actively involved in her professional community and has been a committed member to several associations. She is a member of ACM Siggraph, a non-profit organization that supports the career development of individuals in the CG industry. She has also been part of professional efforts to improve gender equality in the animation industry.

Women currently hold only 20% of the creative roles in Animation. Films have a global reach and an audience that spans across a diverse scope of age, ethnicity, and culture. The industry has a responsibility to ensure it represents women equally both in front and behind the camera.

Zeina recommends becoming a member Women in Animation. It’s an organization on a mission to guarantee equality in the creation, production and rewards of Animation. She has been an active member since 2014 and had the pleasure of volunteering at events and helping with social media management in the WIA Montreal chapter.

We asked Zeina, if she had a piece of advice for her counterparts embarking on their journey and she offered this:

Confidence is key. A lot of language experts and machine learning software can separate anonymous resumes by gender. This is sometimes because women can be more modest about their work and achievements. I encourage women to praise their work and celebrate their successes. This is also true when negotiating, know your worth and don’t be afraid to counter offer.

Liz has been making games for over 16 years and currently leads the Art team at Gameloft Australia. Liz has spent the last four years at Gameloft contributing to the creation of original IP’s Royale Rising (BETA) and the recently released Ballistic Baseball on Apple Arcade. As a female leader in games, Liz champions and celebrates diversity in games, strongly believing games are for everyone, and diverse teams make better games.

Although the gender gap of players is becoming increasingly smaller each year, character diversity is still underrepresented in games - not only in gender, but skin colour, age and ability also. Diversity is an important part in connecting audiences with games.

As well as being a Women in Games Ambassador (WIGJ), she also mentors up and coming artists and on programs such as, The Working Lunch and Screenworks Bootcamp (supporting emerging developers from Far North Queensland). In 2019 she was listed in the 'Gender Equality InGames' awards, which celebrates the achievements of 50 industry members from underrepresented genders, who have made games a better place to work.

Most recently she graduated from the 'Rare with Google' Leadership Masterclass, focused on growing diverse creative leaders.

Kacy has worked to deliver Hollywood blockbuster films like Ready Player One and Solo: A Star Wars Story. McDonald began her film career at DisneyToon Studios in Sydney Australia after graduating from the University of Newcastle with a Bachelor of Arts in Communications Studies. From here her passion and skill for filmmaking helped her quickly progress into an Associate Production Manager role while working on Lilo and Stitch: Stitch Has a Glitch and Tarzan 2.

Kacy moved from the 2D animation world into her first 3D feature animation project to work as a Production Supervisor on the Academy Award-winning Happy Feet produced at Animal Logic. Since this time kacy has worked on a range of high profile Visual Effects and Feature Animation projects at other studios around the world such as Framestore, Flying Bark Productions and Digital Domain.

This year's International Women's Day theme 'Choose to Challenge' is such a fantastic theme for all women and champions of women. It reminds us that we can challenge stereotypes and bias that we see around us and to make choices to choose to advocate for change. I choose to challenge for more female leadership roles. I choose to build up the women around me by being supportive, applauding their success and challenging those who pull them down.

Alyssa is a Matte Painting & Environment Supervisor at Sony Pictures Imageworks. She started out working in advertising for Saatchi & Saatchi International before transitioning into film. She has worked in New Zealand, Australia and is currently based in Vancouver, Canada.

For over a decade, she has worked on films such as Spider-Man: Into The Spider-Verse, Spider-man: Homecoming, Game of Thrones, The Wolverine, Jurassic World, Prometheus, The Chronicles of Narnia to name a few; and various shows produced by HBO, Starz, National Geographic, Amazon Prime and Netflix.

Alyssa is also passionate about mentoring and inspiring current and future generations of women in Visual Effects. For her, being a mentor means getting to know her mentees' learning style, goals and really getting to know them as a person. Working with them in a way that makes sense to them and always keeping their best interests in mind and above her own.

Her mentorship focuses on building an inclusive and diverse work environment, the importance of networking, staying connected and creating a supportive community where you can support and learn from each other regardless of your level of experience.

To those who are embarking on their journey, keep believing in yourselves, work hard and be confident! When things get crunchy, use it as a blessing in disguise, learn from it. And remember to inspire and empower others around you. After all, success is never reached alone!

These are just a few of the trail-blazing judges on the Rookie Awards panel. Visit this page to learn more about the inspirational people shaping the creative industries in 2021.

Sabrina is an experienced film and television producer with marketing and product management mastery. 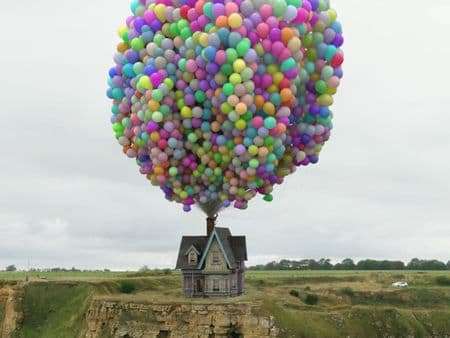 To continue our interview series with the 2020 Rookie Award Winners, Christina Ryan chats with Ringling College of Art and Design graduate, Jeremy Schaefer ,who was Highly Commended in the 3D Animation category for his film The Box Assassin.