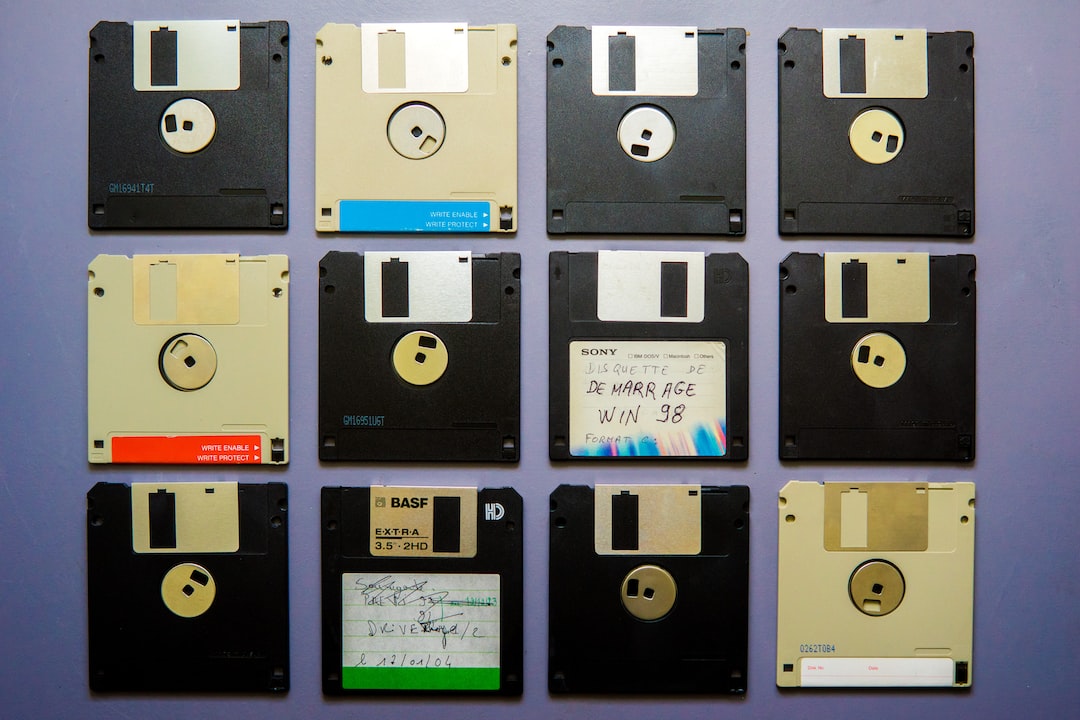 We are Nothing Without a Good Backup Solution

Project AIR workflow from Vincent Laforet on Vimeo. When you hear Pulitzer Prize-winning photographer and G-Technology Ambassador Vincent Laforet describe his AIR project—a stunning collection of high-altitude images of the world’s most notable cities taken at night — the word “organic” is never far off. There was never a

When you hear Pulitzer Prize-winning photographer and G-Technology Ambassador Vincent Laforet describe his AIR project—a stunning collection of high-altitude images of the world’s most notable cities taken at night — the word “organic” is never far off.

There was never a marketing plan, never any thought of expanding beyond New York, much less to cities around the world. But G-Technology, recognizing the extraordinary beauty and power of its G-TEAM Ambassador’s collection,became the first to sponsor Laforet’s ambitious project. And organically, Laforet AIR grew.

The Making of Laforet AIR

The planning and discipline required to make AIR a reality are almost as impressive as the images themselves, and we can learn volumes about the methods and workflow that all creative professionals should follow to achieve epic results.

Fascinated by Vincent Laforet’s aerial imagery, G-Technology agreed to sponsor his dream to fly around the world, photograph as many cities as possible, and publish those pictures in a book simply titled AIR. However, creating what Vincent hopes to become a photographic masterpiece requires much more than a helicopter and harnesses, or cameras and lenses. It requires judicious planning and no-fail gear. His first line of must-have gear includes storage, specifically the following G-Technology hard drives: 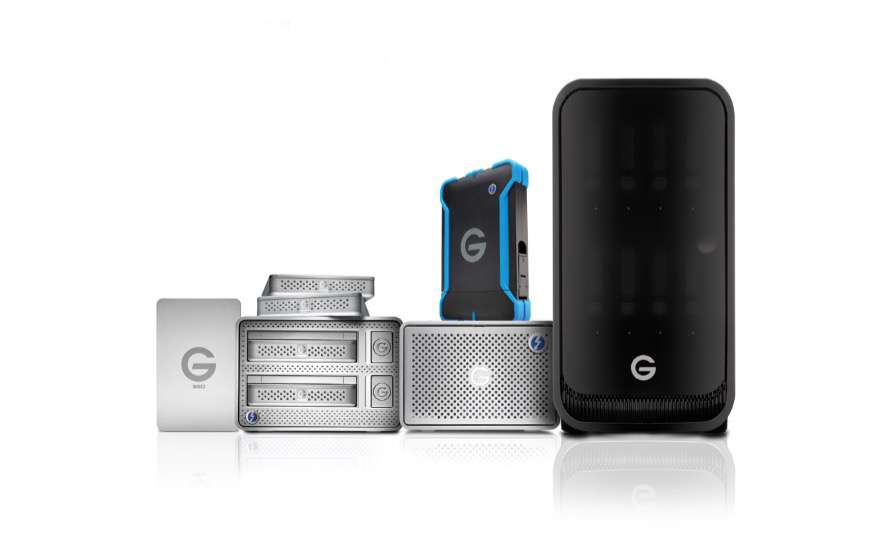 In each city, Vincent takes about 5000 images, many of which run up to 50 megapixels in size. If the team shoots the city again at sunrise, he’ll capture another 5000 images. In total, Vincent collects between a half-terabyte to a full terabyte of data per city, including GoPro footage.

Immediately after landing, the team creates primary copies of the camera media and video to a pair of 1TB G-Technology G-DRIVE ev ATC drives, transferring in 15 to 30 minutes what used to take hours.

While shooting abroad, Vincent will simultaneously use his G-DOCK ev with Thunderbolt writing to a series of512GB G-DRIVE ev SSDs to create secondary copies. At the same time, he’ll back up onto his G-RAID with Thunderbolt 2 to make a tertiary copy.

When Vincent finally returns to Los Angeles and New York, he will copy all project files onto the RAID 5- configured 64TB G-SPEED Studio XL with Thunderbolt drives he maintains in each location. These final copies serve as his long-term archive sets. The G-SPEED Studio XL’s Thunderbolt 2 interface also provides the bandwidth he needs for editing his video into multi-stream 4K projects.

Vincent has spoken with thousands of photographers and videographers, and what he repeatedly hears is that people only think about workflow when things fail — when it’s too late. Vincent never takes chances. He has reached the top of the photography world, in part because of his discipline and having a religiously followed storage plan, primarily with G-Technology. 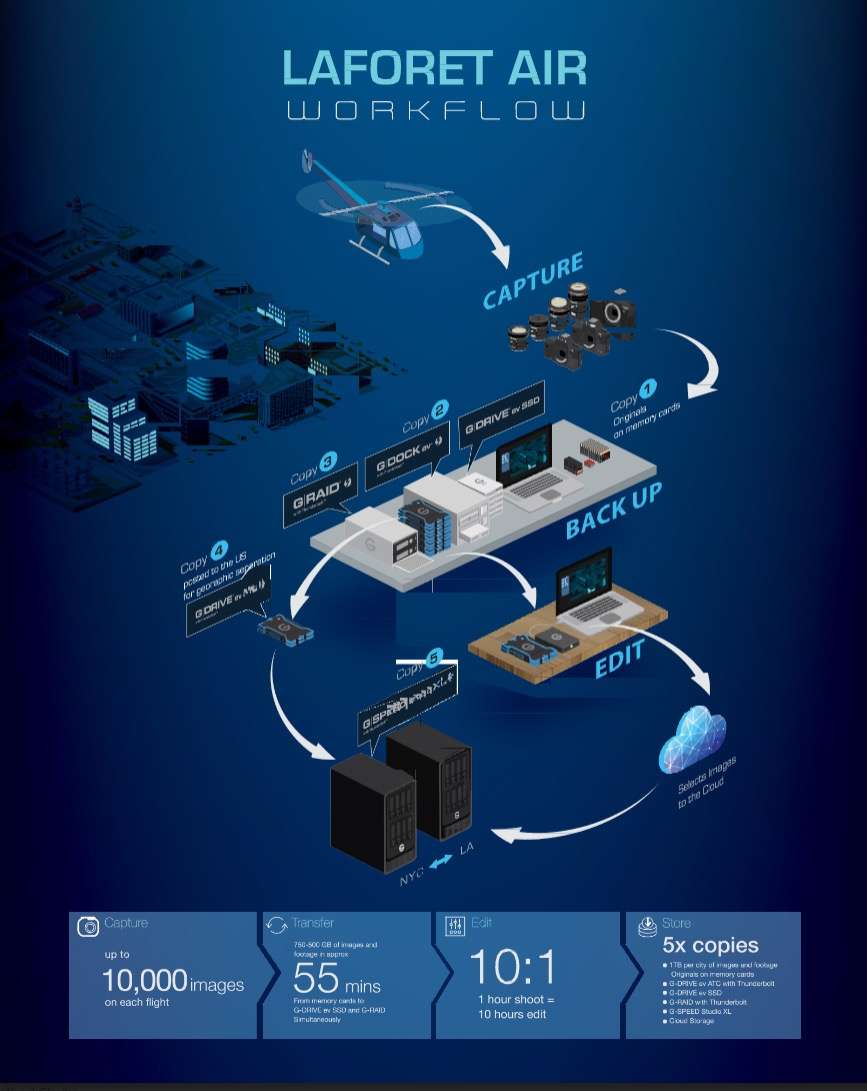 “For every hour of shooting, I spend about 10 hours editing the photos,” he says. “Given the size and quantity of files, this makes the speed of the G-Technology drives a major factor. Were the drives half as fast, it would just kill us.”

After Laforet makes that editing pass, a retoucher does all of the finishing work to make the photos ready for online viewing, the AIR book, and other media.

“The aim of AIR is to show people that the world isn’t such a big place, to share the realization that we’re all in this together,” says Vincent. “While in the sky, I try to find what makes a city tick, what makes it unique.”

This project reveals a world that, transformed by the dark, is much smaller and more unified than it normally seems. From 10,000 feet, we are collectively the specks of light that form magnificent, chaotic beacons against the blackness. We are dizzying in our complexity, yet growing as one shared body — organic.

We here at Chaos Group love student shorts for their inventiveness, and their ability to show us a new take on familiar worlds, or build new ones. A big part of the fun is seeing future directors and artists explore filmmaking and effects, and V-Ray, our rendering software, has been 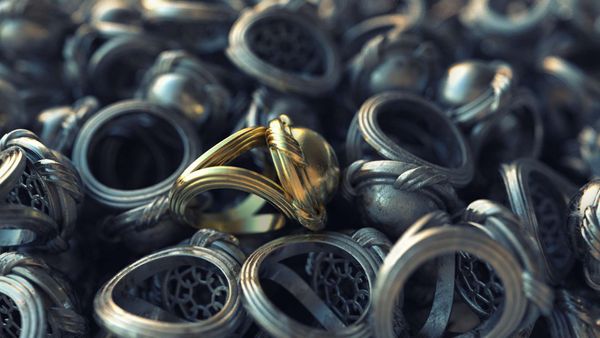 There’s one question we get a lot and that’s how to create a portfolio that stands out above the rest. With all the creativity out there and all the sites that provide a way to host a portfolio, you would think this one of the easier parts of