Hi! My name is Roohi Topgi, and I am a Lighting Artist originally from Bangalore, India but currently living in Vancouver, Canada. I have always loved movies and wanted to be a part of this creative industry. So, after graduating in Electronics and Communication Engineering, I decided to pursue my

Hi! My name is Roohi Topgi, and I am a Lighting Artist originally from Bangalore, India but currently living in Vancouver, Canada. I have always loved movies and wanted to be a part of this creative industry. So, after graduating in Electronics and Communication Engineering, I decided to pursue my dream, working as a CG Artist in the Film Industry.

When I was looking for concepts for my demo reel, I had a couple of things in mind. First, my piece had to tell a story. Second it had to be engaging and keep the viewer interested till the end. Third, I wanted a piece which would showcase my lighting as well as shaders and texturing.

This piece has given me a chance to show all those things. The most interesting part of the concept for me was how the workbench was organized yet messy at the same time. This idea inspired me to show a day in the life of this person who has spent his years at this workbench bringing wonderful ideas to life.

After I had completed my demo reel, I found out that The Rookies were going to start soon, and I was very excited to apply as this is a great platform to showcase my portfolio which will be seen by amazing artists and professionals around the world.

In this tutorial, I will detail my process from block out to final rendering.

First, I blocked out a closed room because I wanted an indoor feel from the lighting. I added a human model and scaled the room accordingly to give it proper dimensions (V-ray works best with real scale models). After that, I started to block in the primary objects; it doesn’t have to be proper models just the shapes and the size of the objects to seal in the positions. The image below shows you the different stages of my block outs.

For the nuts and bolts, I used dynamics to place them in the tray to make them look naturally placed. Using hi-res Geo of nuts and bolts then it would be too heavy, so I used this script called Bounding Box from creative crash: http://www.creativecrash.com/maya/script/bounding-box

I created boxes for each of the objects and applied dynamics to them. The boxes were color coded so that it would be easy for me to replace the boxes with actual models using the ‘Replace objects’ tool under the modify menu in Maya.

After I had my whole scene modeled, I started UVing my objects. I arranged all my UVs based on materials as seen in the image.  This sort of organisation helped me when I had to texture in MARI.

**Related link:  **The #1 rule you should know before starting any project

I used MARI to texture my objects in the scene. Since it was a large scene, importing the whole scene as one single file would have been a little hard for me to manage. This is why organizing my UVs based on materials helped me. I imported objects with similar materials together; I had different projects files for metal, wood, glass, etc.

With texturing, it is important to look at references to achieve success

Being organised is crucial when handling files for so many objects. I had a folder for diffuse maps, Specular maps, Gloss maps, RGB masks, Bump maps, Displacement maps, etc.

The general procedure that I followed while texturing was creating a base texture (could be procedural or projection) and then adding one or more break up layers to bring in a variation of pattern and color. With texturing, it is important to look at references to achieve success.

For example, let’s take the motor oil canister. I used a tileable metal, texture as a base.

On top of the metal texture is a paint layer with a breakup layer on top to give slight variation in color. I then painted a mask to show the worn out areas where the rust would appear. I used a tiled rust texture with two break up layers on it so that there would be variations in different areas. And finally, I had a dust layer on top of all these layers. It is vital to think about areas that would be worn out and areas that would be relatively clean/polished to get realistic looking textures.

I had a simple light setup which consisted of a dome light with an HDRi, and a key light for checking the highlights of the shaders. I made a different render layer in the same Maya file which consisted of thewhole scene for look development so that once I was done with making the shader I didn’t have to export the shaders for each object and plug it all back in a new file. I kept going back and forth between Maya and MARI adjusting my maps until I achieved the result I was looking for.

I had four camera shots, and each shot had its light set up. I always start with a dome and a single light.

I had four camera shots, and each shot had its light set up.  I always start with a dome and a single light. It is important to get these two looking right and then if need you add one light at a time later, you can. I like to follow this method because you know exactly what each light is doing. As for the timelapse shot, I keyed three positions initially: early morning, afternoon and sunset.

I got these three looking right and then added the additional keys in between (as needed) to get the time-lapse right. I also found HDRs of the sun at different times of the day and used it as a texture for the rectangle light (sun) to get the lighting looking more realistic regarding color and feel. To blend the different sun textures properly, I used a layered texture.

After rendering the room, I rendered the glass panes of the window and background separately and comped them together in NUKE. I used the glint node to add small sparkles to the metals when the light shines on them. I rendered out ‘Zdepth’ pass and used ‘Zdefocus’ in NUKE to add depth of field to the shot. I also added lens distortion and chromatic aberration to make it look more realistic. Finally, I exported the files and did the final color grading in DaVinci Resolve 12.

This project was fantastic to work on! I learnt a lot, and it helped me figure out a good workflow. I want to thank my mentor Aaron Kramer and all my friends, teachers and staff at Think Tank Training Centre.

Also, thank you for reading this tutorial, and I hope I have helped you in some way. If you have any questions feel free to contact me at: [email protected]

And if you liked it, please show your friends and share the knowledge

Hi! I’m Yi Chong, a recent graduate from 3dsense Media School. For one of our school assignment we had to chose an audio clip from a movie and apply it to acting in a shot. I selected a short audio clip from Madagascar, where one of the characters Alex 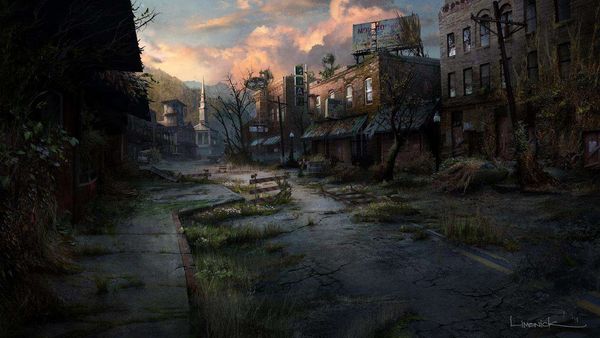 Hello, my name is Sophia Eng, and I’m a 2D illustrator and concept artist from Singapore. I’ve always enjoyed taking photos of sceneries, and I was exceptionally excited when the chance came for me to create my interpretation of environment concepts. Hence, I would like to share with