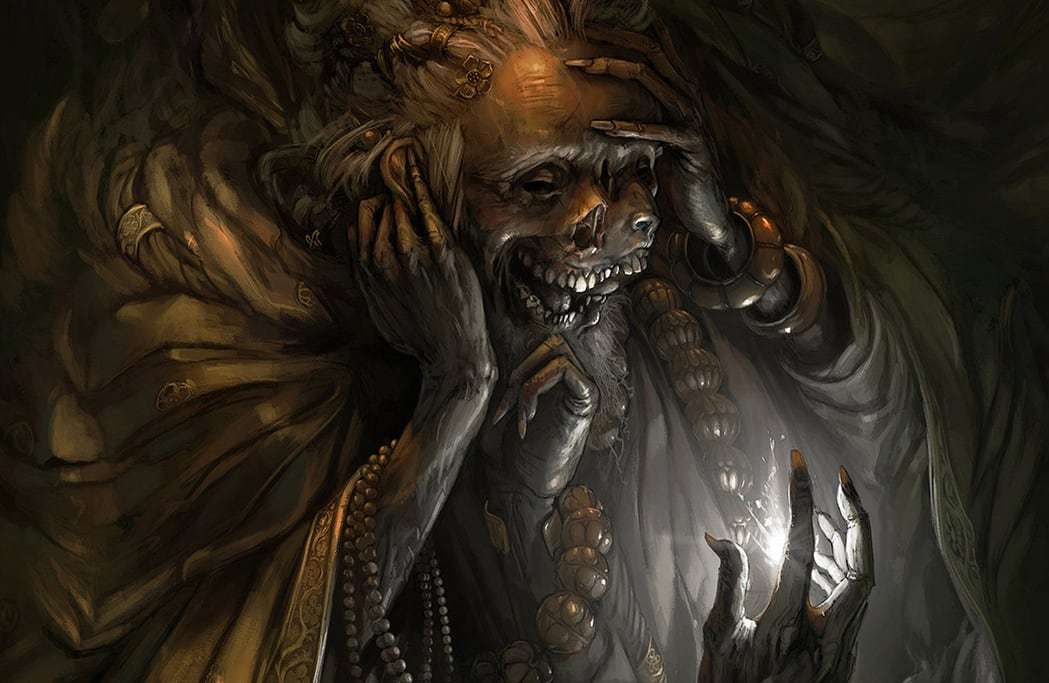 How To Create An Elaborate 3D Model

I would like to share with you one of my 3d modeling projects that was based on a concept created by Sabbas Apterus, called Thanatos. The first thing I did when I decided to recreate the concept to 3D, was to collect references. At times I would run into disturbing

I would like to share with you one of my 3d modeling projects that was based on a concept created by Sabbas Apterus, called Thanatos.

The first thing I did when I decided to recreate the concept to 3D, was to collect references. At times I would run into disturbing images when collecting references for this concept, but good references are key! So I had to bare it. I collected images of decaying corpses, vein placements, tongues, dirty teeth, wrinkles on the face and hands, antique jewellery and weathered clothes.

For the skull and arms, I sculpted the high res detail in Mudbox; this is because I find the projection tool easier to use in Mudbox for when applying the tertiary details.

I sculpted the base model (skull and arms) in ZBrush and brought it to Maya to re-topologize a base mesh. These were all then UV’d. I save an obj of the arms unposed and another posed.

For the skull and arms, I sculpted the high res detail in Mudbox; this is because I find the projection tool easier to use in Mudbox for when applying the tertiary details. 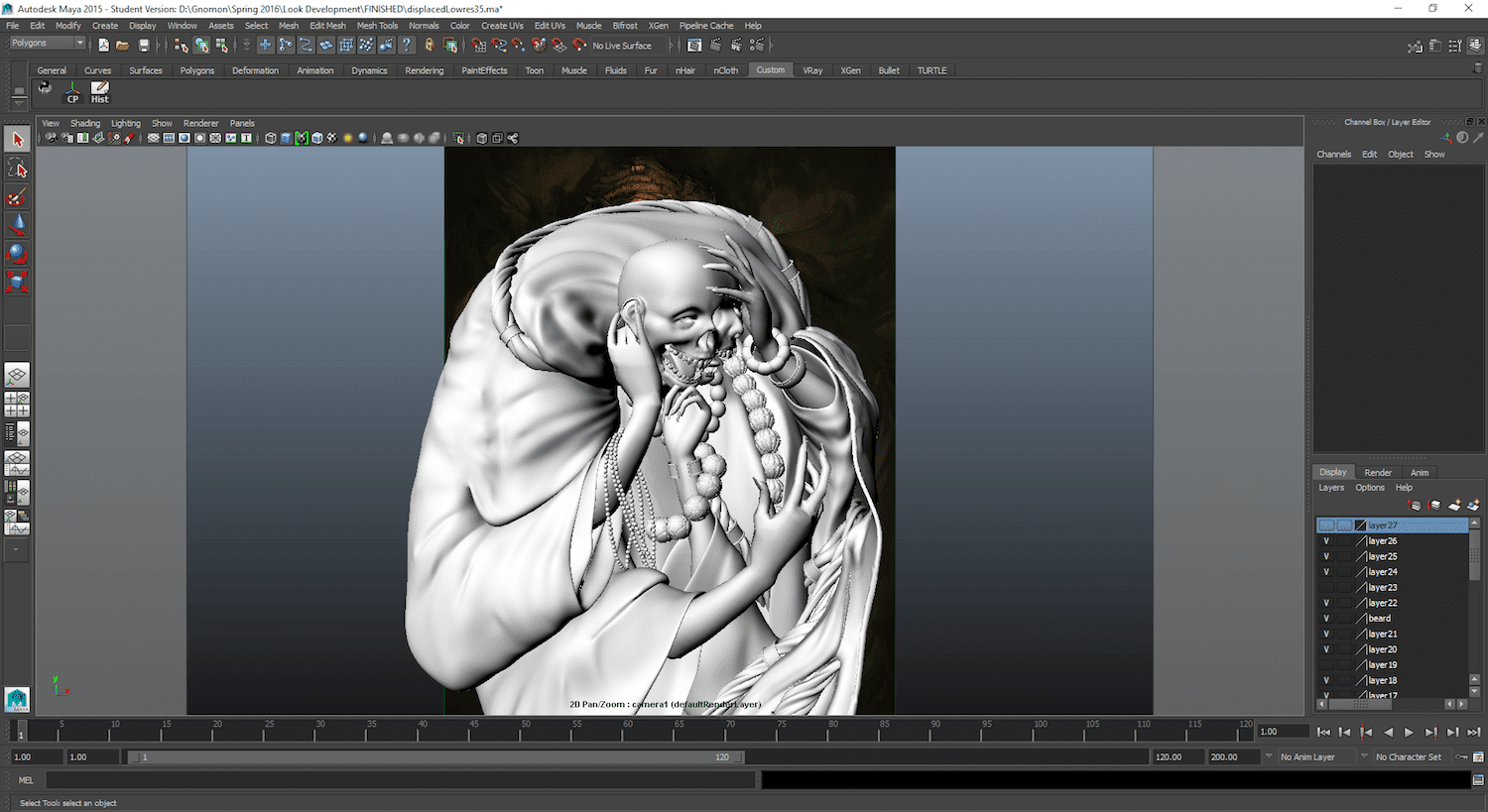 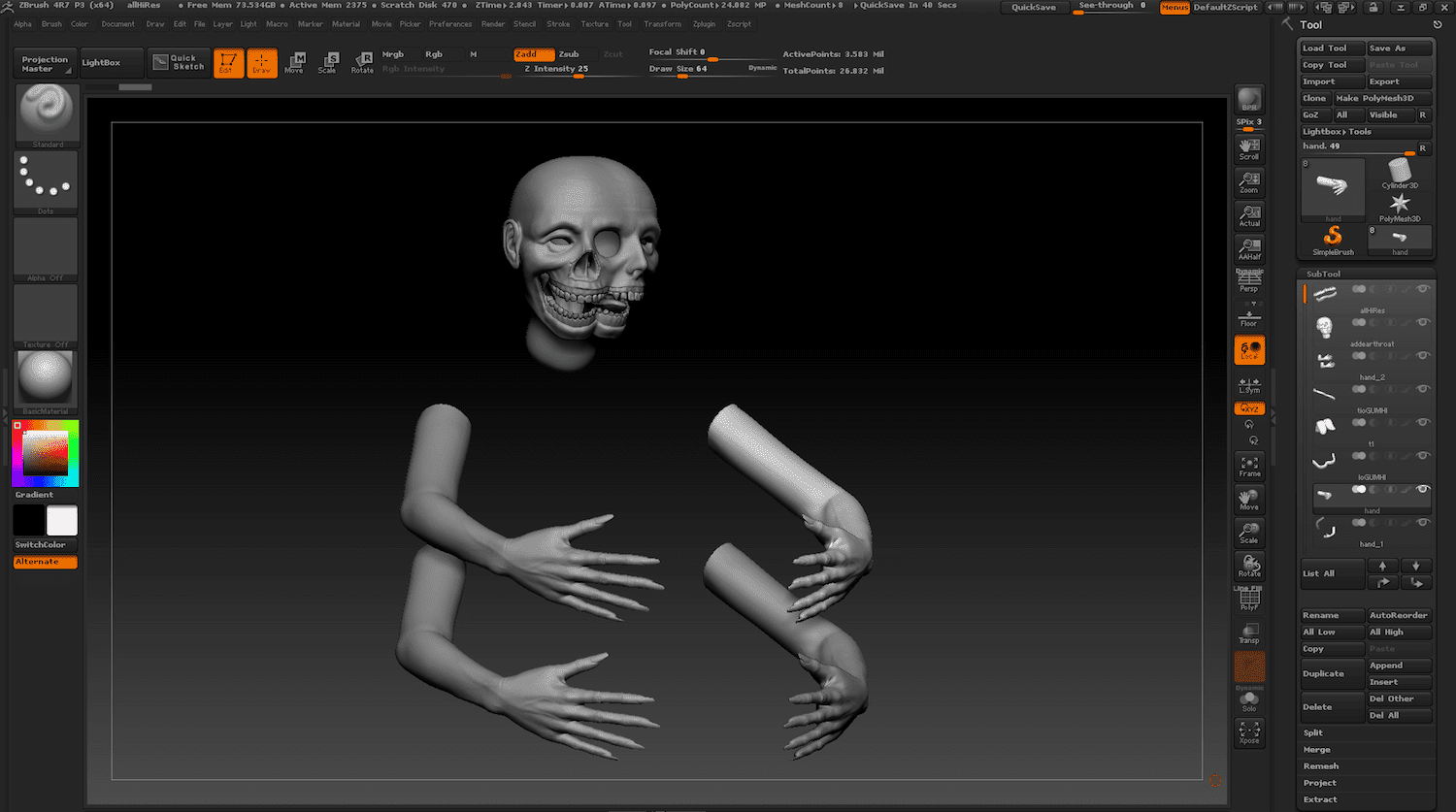 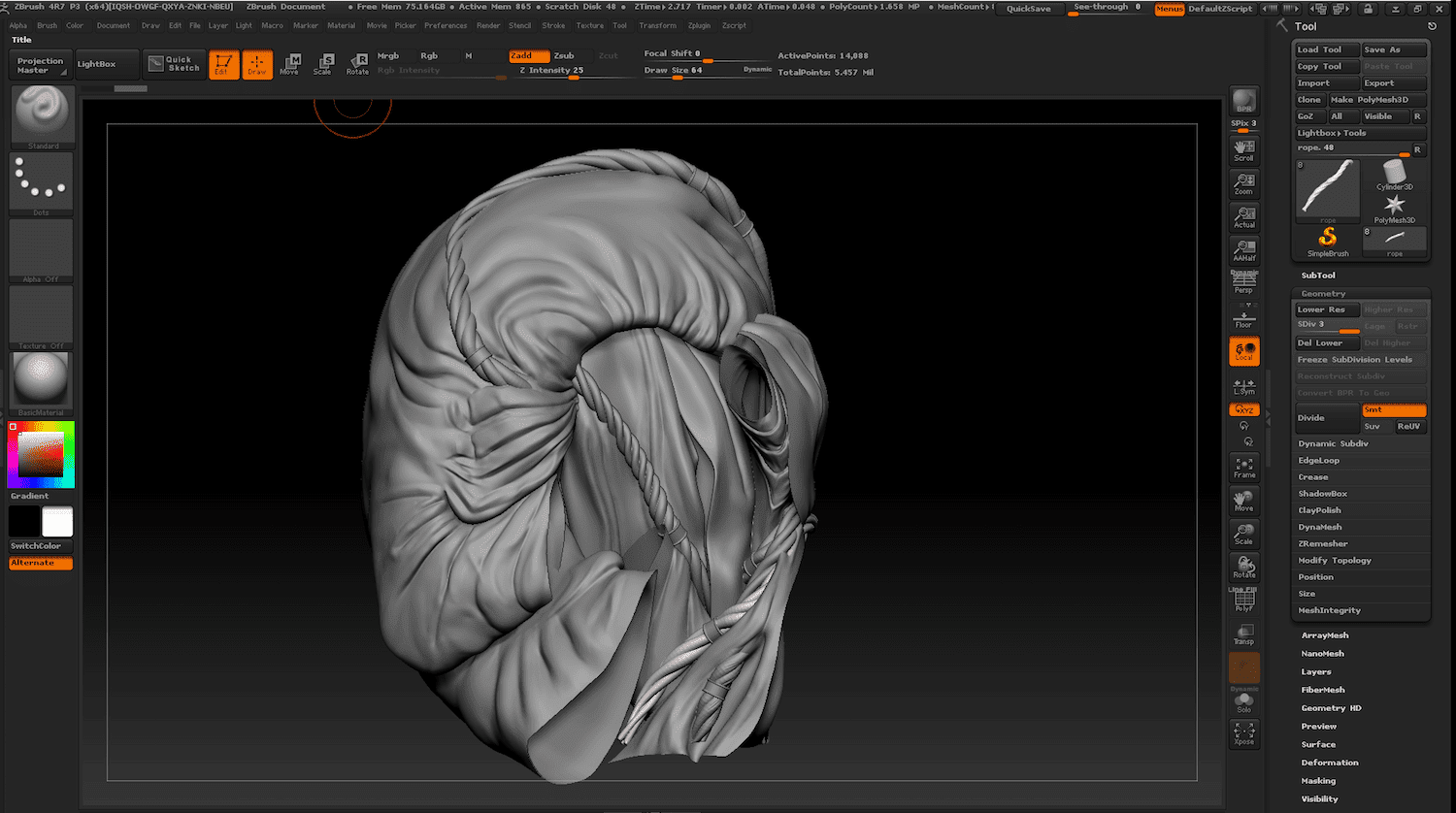 I sculpt the secondary details and then add the tertiary details by projection. I project the height maps as bump maps in Mudbox and export these out as bump maps. With your high res model subdivided as high as it’s needed, I use the “Sculpt using Map” and select the bump map I just exported – this sculpts the little details into the mesh. The bump map I just created can also be used for texturing.

I then transfer the sculpting details of the unposed arms to the posed arm. With a new sculpting layer created, I do any secondary deformation sculpting required on the arms. 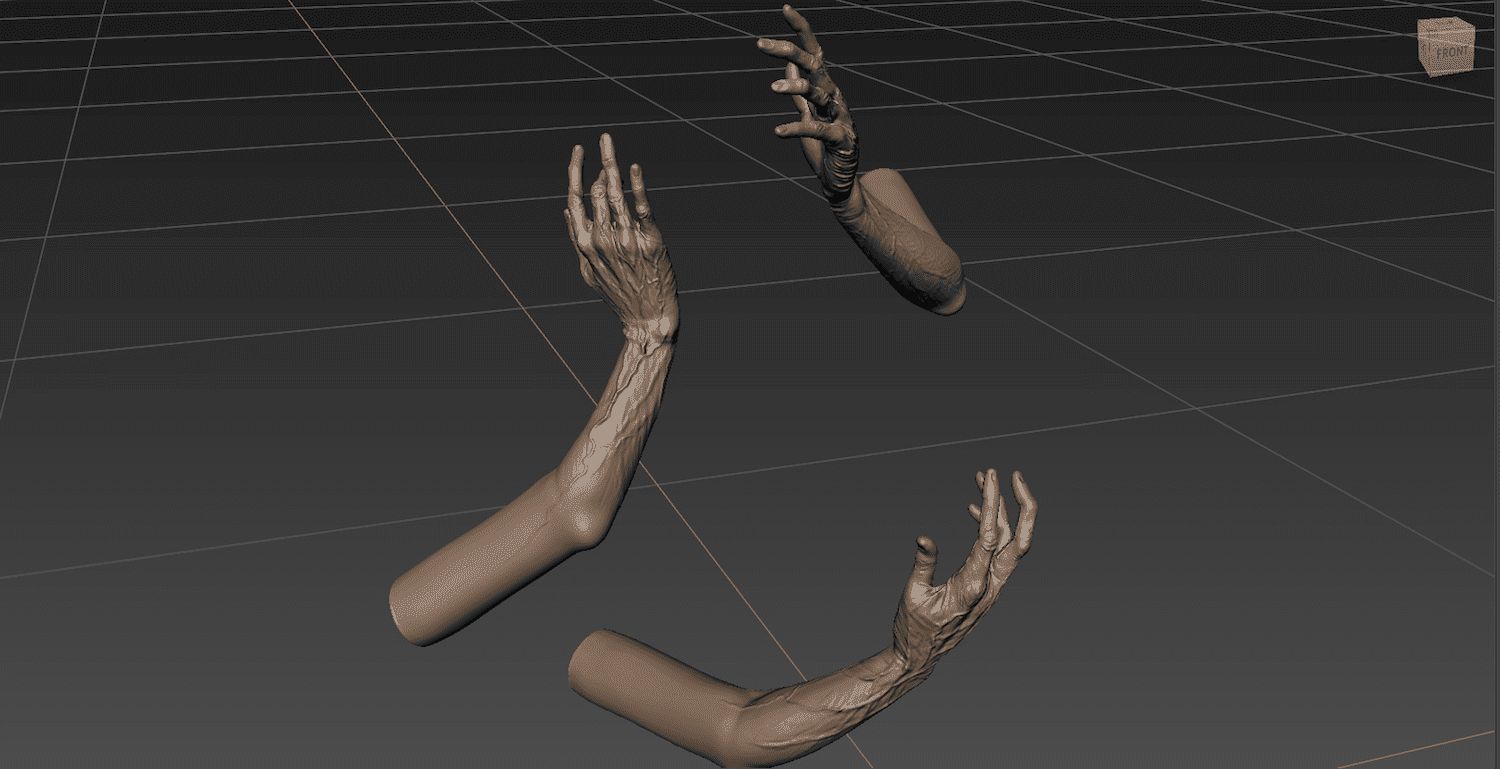 The rest of the elements like the skull, tongue and teeth are done in the same process as the arms, but without the posing of course as no symmetry is needed.

For the jewellery, I poly model the pieces separately in Maya. Some of them need detailing, and I do this by finding alphas of floral patterns and cleaning them up for projection in Mudbox. Below are pictures of the alpha texture I found through the internet and cleaned up and the bangle mesh rendered with displacement. 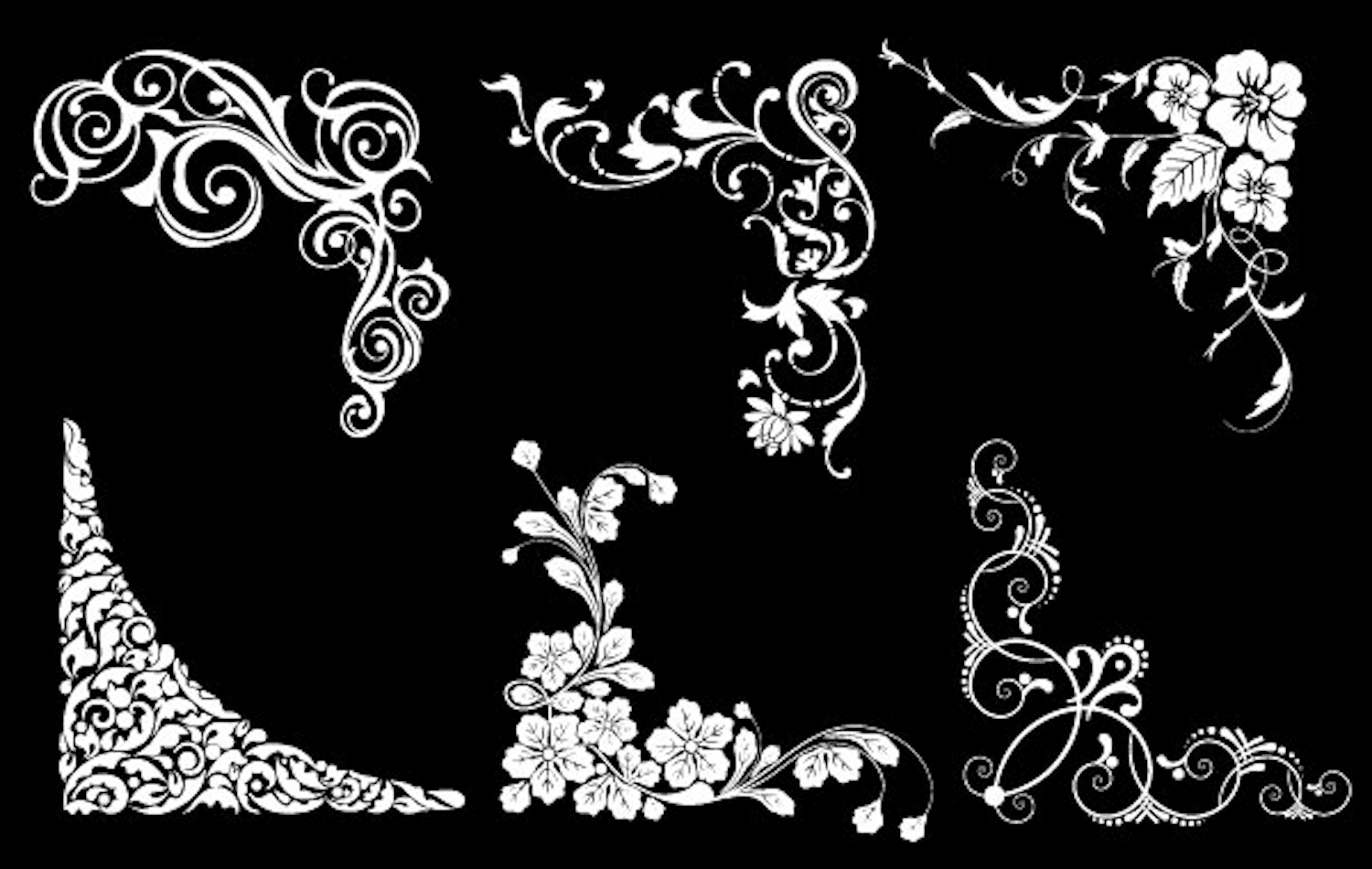 I did my texturing in Mudbox and Mari. Most of the organic texturing was done in Mudbox, and final tweaks were done in Mari. I collected skin textures, grunge textures, mould and moles, and started projecting.

Occasionally, I would go back and sculpt after texturing, adding more details where appropriate, e.g. moles and wrinkles. For the tongue and teeth, I mainly hand painted the textures. 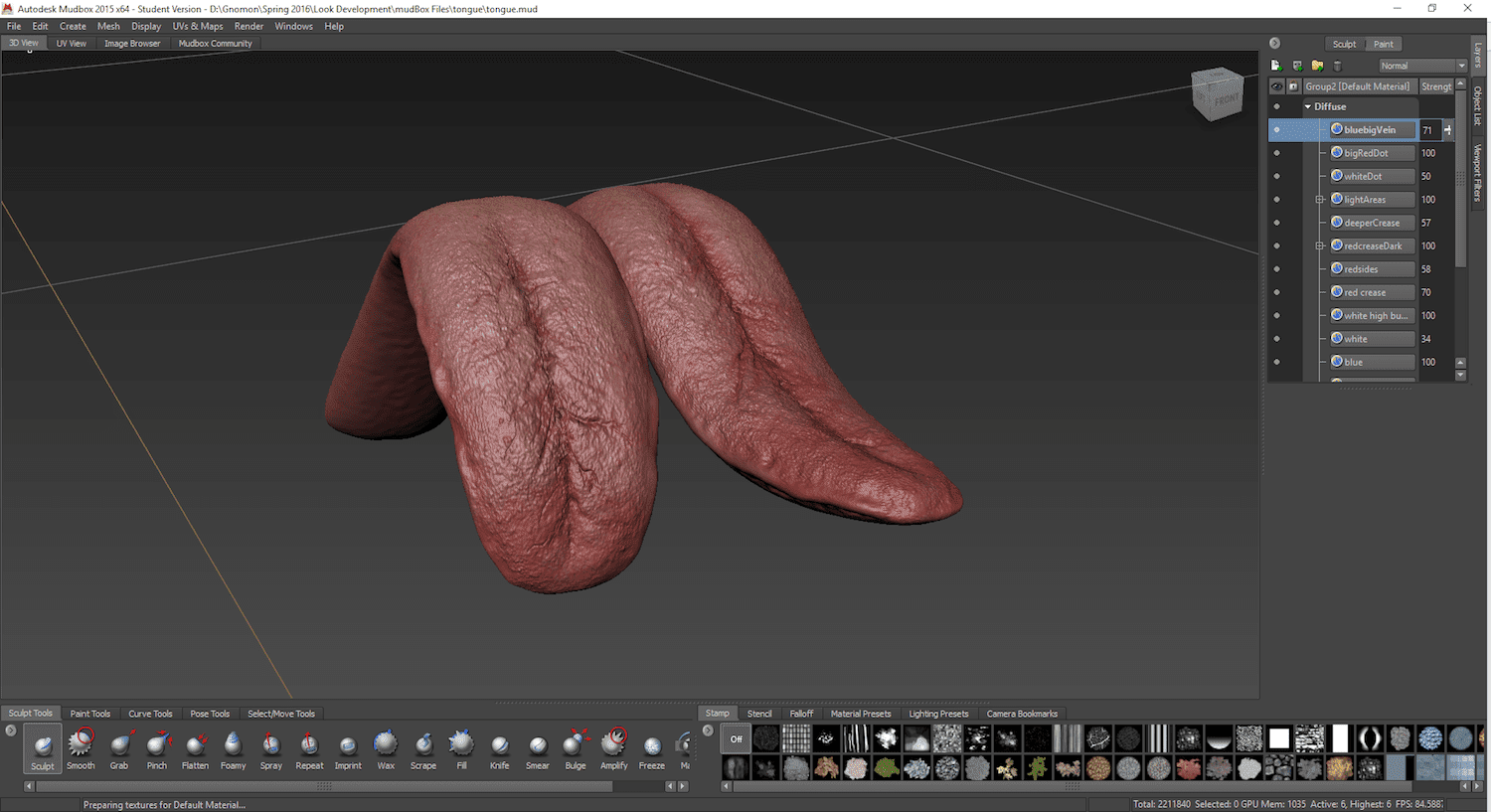 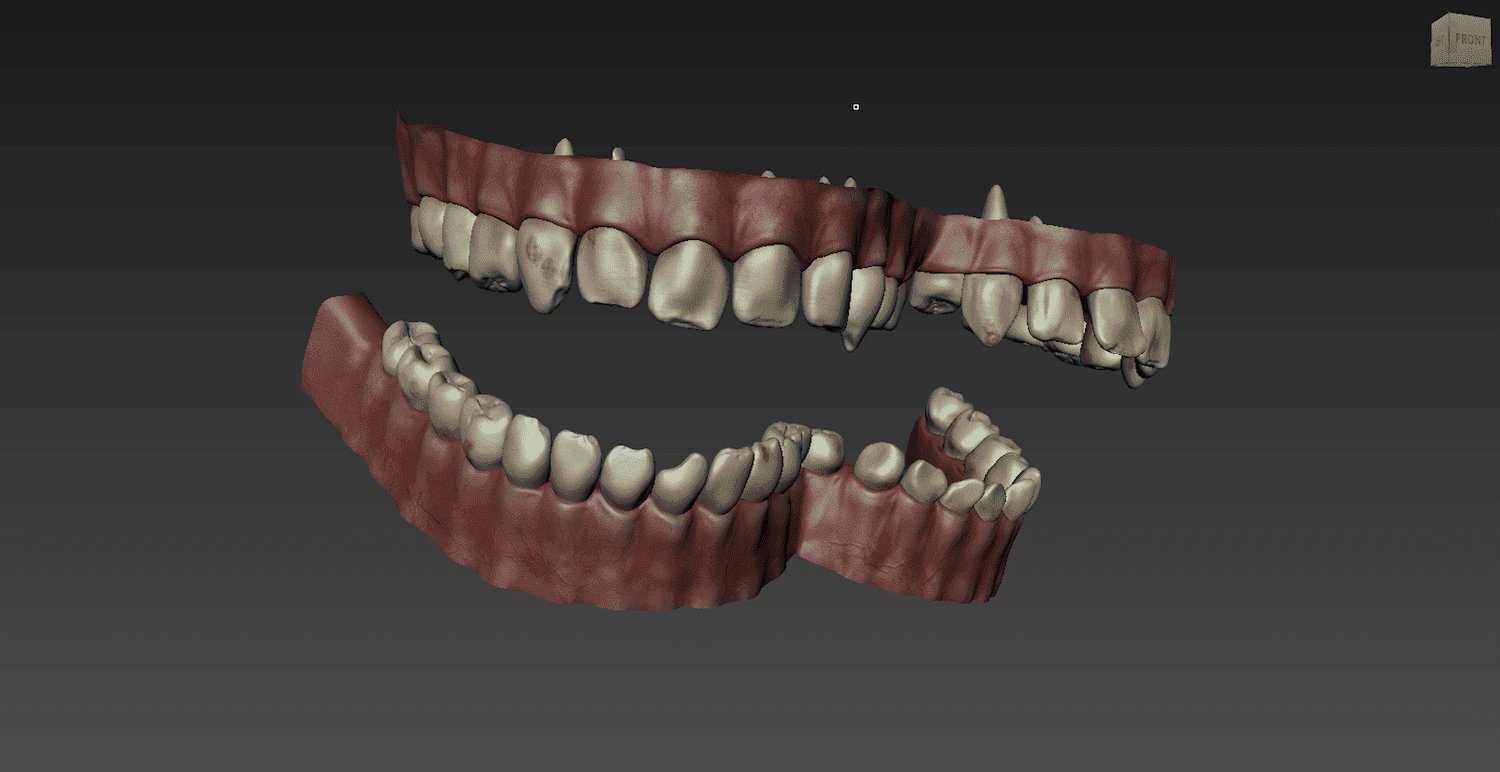 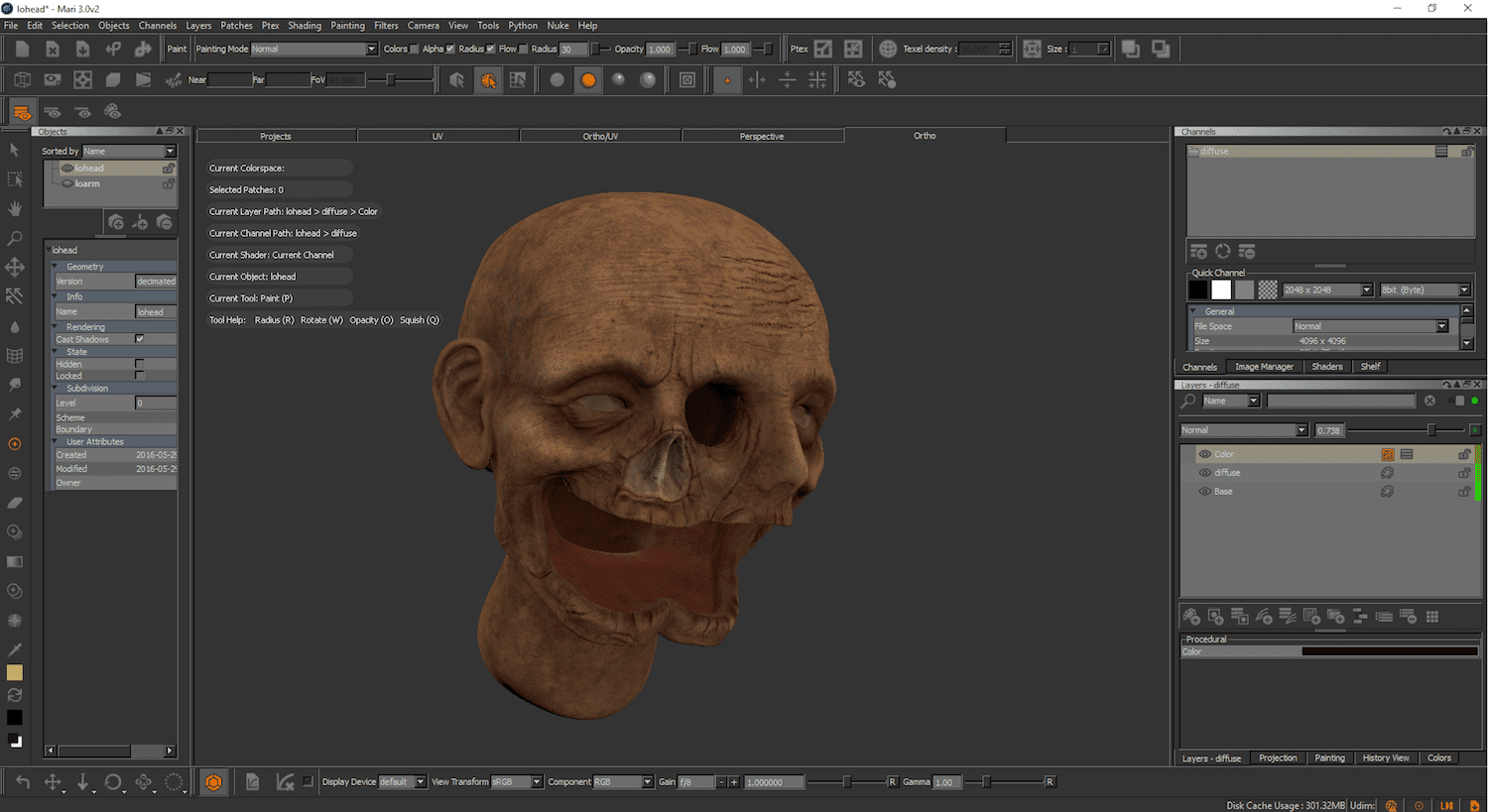 I textured the clothing in Mari as it allows you to texture on the UV view, this made the projection of the floral texture even when the cloth deforms from the folds. I also textured the jewellery in Mari – mainly just an alpha for the dirt on the jewellery. 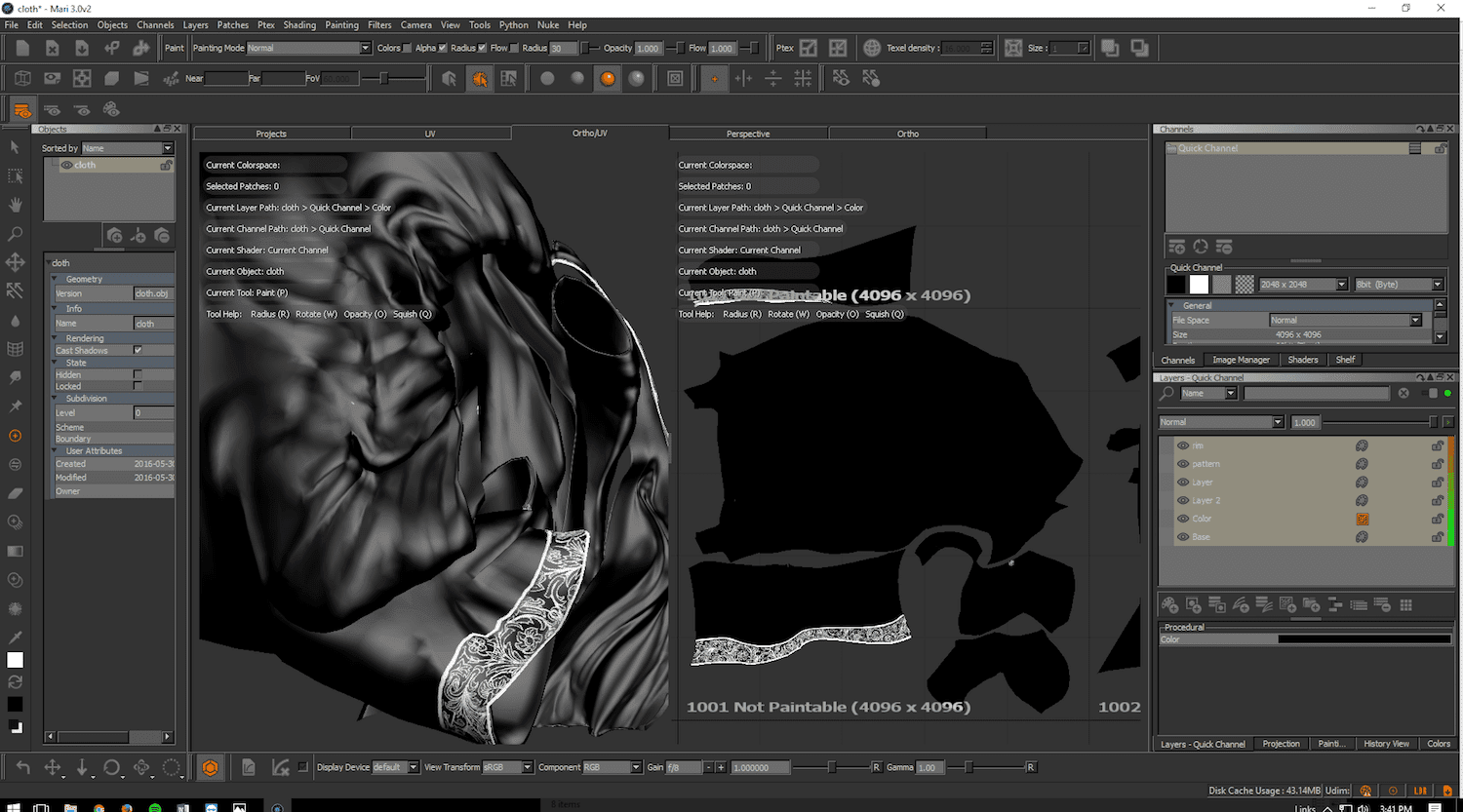 To create the hair, I used a plugin called GMH2. It creates hair curves from polygons. First, I sketched how I wanted to block out the hair (which direction each tube was going) and started blocking it out in 3D.

I did these using cylinders as the hair is wrapped around into a beehive. I then placed the jewellery on the hair. I used Vray Fur for the sparse eyebrows and beard. 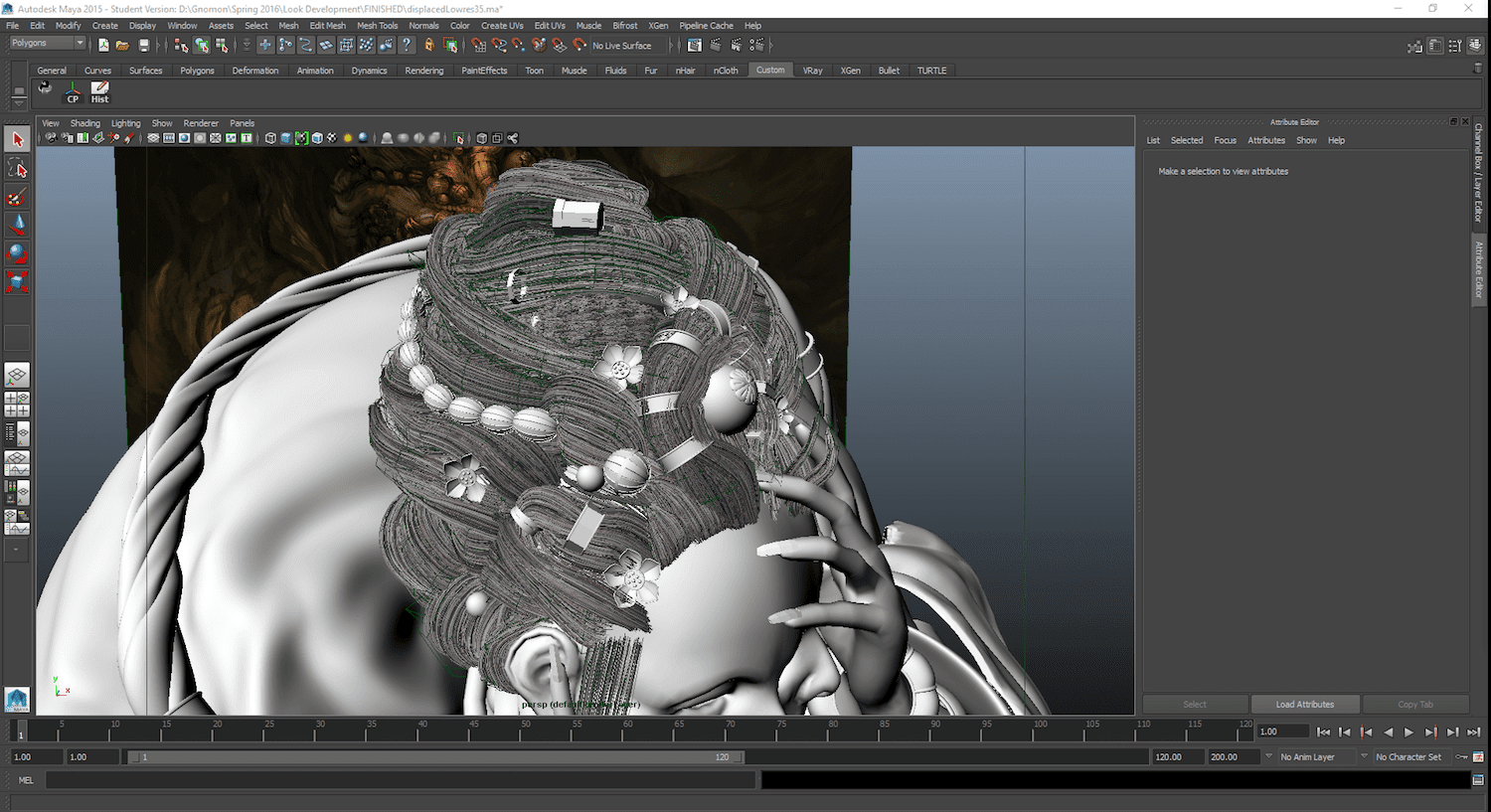 The final piece was rendered in Vray. I used Vray FastSSS for the skin and Vray materials and hair materials for the rest of the clothing and jewellery. The render from Maya was then composited in Nuke.

Thank you for reading, and I hope you find this useful. I’d also like to say thank you to The Rookies for giving me this opportunity to share my work and Miguel Ortega for teaching me a lot. Most of the techniques I used to create this piece was taught by him during my studies at Gnomon. 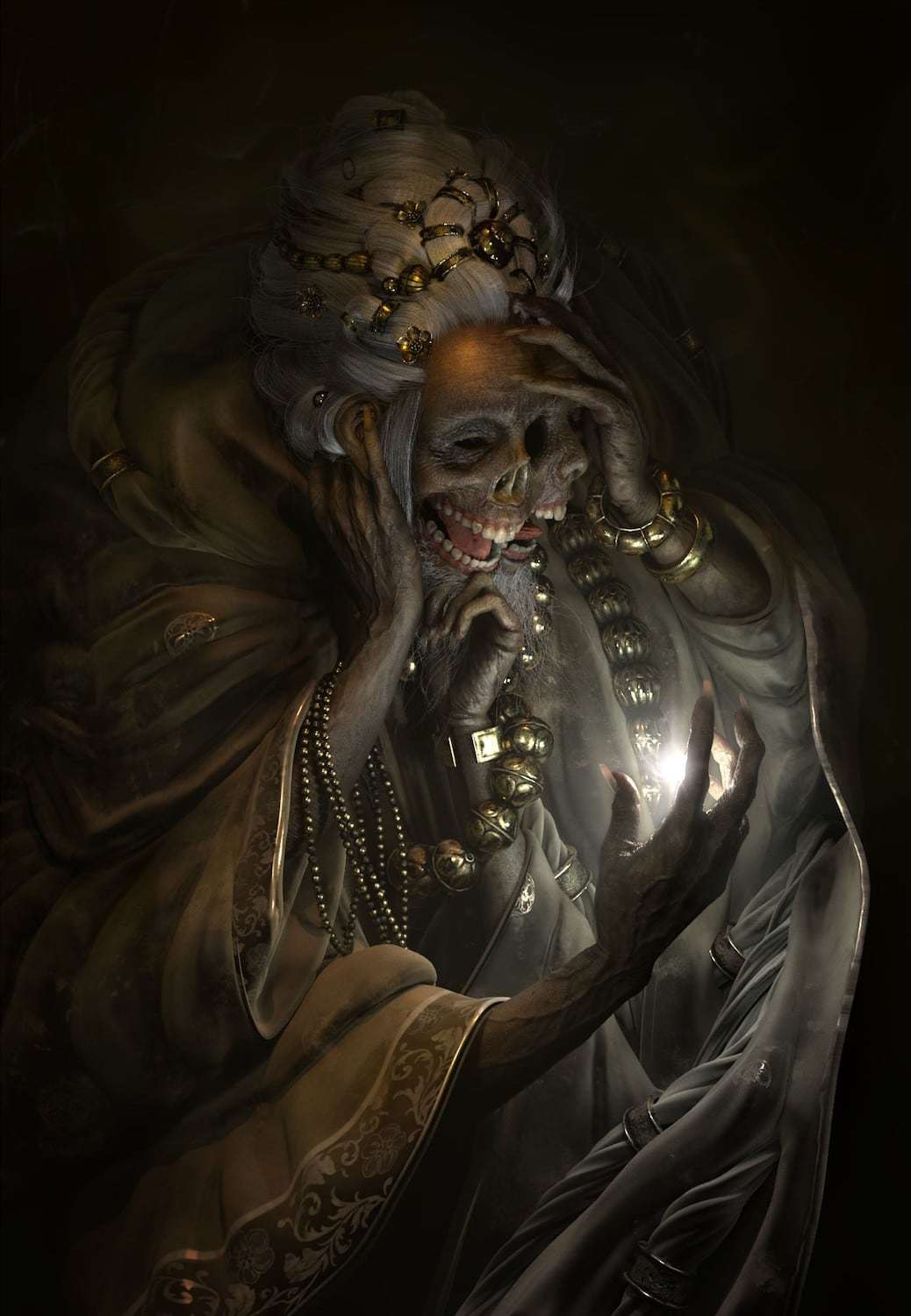 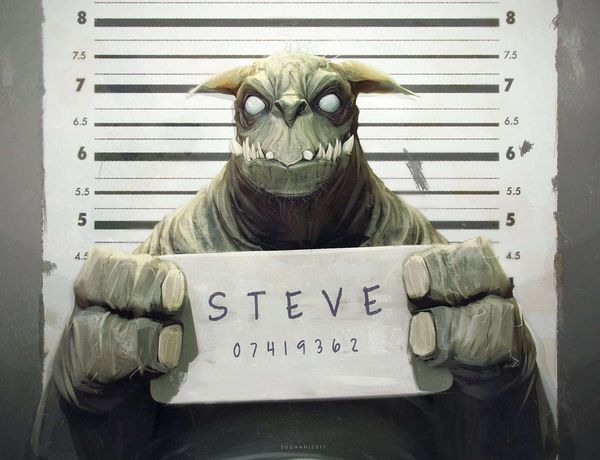 I’m a huge fan of cartoons from the 80’s and 90’s. And this piece started as a tribute to the Men In Black series, one of my favourites. Hopefully, you can use this as a complete beginner’s guide to concept art, and how I create my 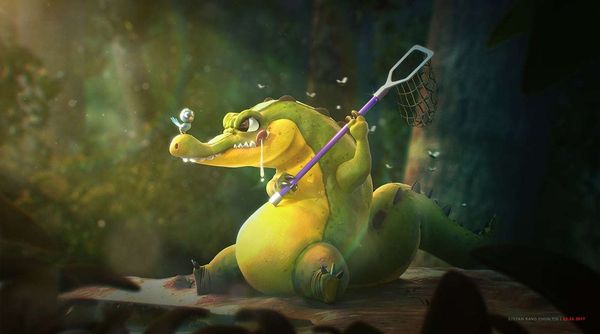 Crocodrile is an illustration of a very stylized 3D Disney character designed by Samuel Suarez [https://www.artstation.com/artist/samuelsuarez]. The main inspiration from the illustration is the sense of naughtiness and the overall storytelling that’s illustrated. Every time I look at it, I recall a lot of