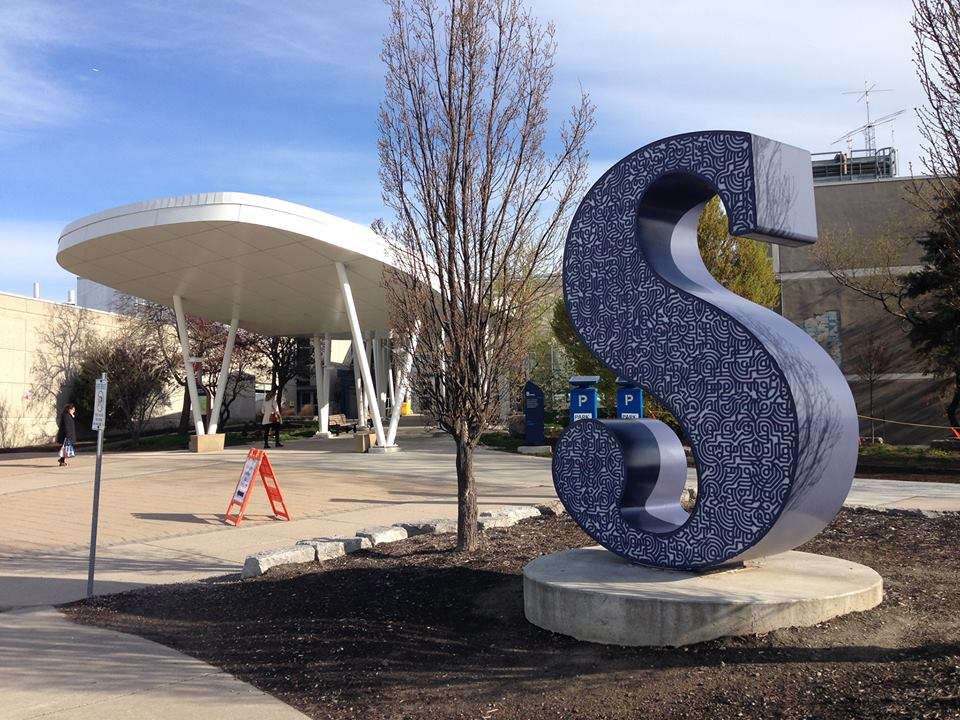 Whether you’re already at school, looking to find a new school or even considering moving overseas to study, nothing beats hearing from the students themselves! We speak to Asad Manzoor about the ins and outs of studying at Sheridan College in Oakville, Ontario. The SpecificsWhat’s the name of

Whether you’re already at school, looking to find a new school or even considering moving overseas to study, nothing beats hearing from the students themselves! We speak to Asad Manzoor about the ins and outs of studying at Sheridan College in Oakville, Ontario.

What’s the name of your school?
Sheridan College.

What’s the name of the neighbourhood?
Oakville, Ontario.

Closest train station or public transport option?
The GO bus is always a great option in the Greater Toronto Area. If you live a bit further out, we also have a train station pretty close to campus.

How long have you been there?
2 years.

Why did you choose to study here?
We have a great design program! I’d only ever heard great things about Sheridan. The professors that I’d spoken to before signing up for the program were some of the most pleasant people I’d met.

After going to a bunch of portfolio review events, I figured the design program would be a good fit for me. From what I saw, the design program’s alumni had a very broad range of creative careers, which was actually very comforting. Straight out of highschool, it’s very hard to decide what to specialize in, so choosing a broad program (on a beautiful campus) was definitely the way to go.

When you walk out of the school, what is the first thing you see?
A great, big, glowing, blue ‘S’ just outside the building.

The closest shop to outside your school is:
Burger King. But everyone’s always talking about Monaghan’s — the local sports pub & grill.

Your school is great, but you would’t mind a bit less:
Snow. There’s just so much of it here! Sometimes, there’ll be a blizzard in the morning, and by the afternoon, it’ll look exactly like a mid-summer day.

The unofficial uniform of your school is:
Eye bags — everyone I’ve met here’s a trooper. The profs aren’t breathing down everyone’s neck about assignments like they did in highschool — everyone’s just so passionate, they just push themselves. It also helps to be surrounded by people with the same goals as you.

You’ll find a lot of those people at Sheridan, and before you’ll know it, you’ll have eye bags and a grin every day.

A mandatory stop for anyone new to your city:
Any of the Tim Hortons coffee shops in the area — it’s a rite of passage for all Canadians.

A common myth about your school is:
That there’s nowhere to hang out outside of campus. It’s not true — there’s a Burger King right there. But really, Oakville’s a pretty quaint neighbourhood, and that’s part of why I love it. The streets might be quiet, since it’s quite suburban, but just go to any of the plazas near campus — there’s tons to do!

A massive night out for students at your school is likely to be:
A karaoke/stand-up night on our very own campus! There’s always a weekly get-together where folks just get on stage at The Marquee and sing or tell jokes! The Marquee itself has some great vibes — it has dim, soft, and really warm lights, and lots of wooden paneling. It looks like it’s built to resemble a nightclub from the 50s.

You won’t find a better place to eat than at:
Union Burrito! It’s all anyone talks about during lunch. Every new student has to try the ‘Taco-in-a-Bag’ where they’ll slice open a bag of chips, and throw in a bunch of taco ingredients of your choosing. It almost reminds me of Subway, but with a twist!

The strangest thing you’ve ever seen at your school is:
The set of sculptures just outside the J building, behind the glass. They look right at me. But really, I absolutely love how many sculptures we have displayed behind glass everywhere across our campus. There’s an anglerfish/human hybrid, a giant praying mantis, a velociraptor, and everything in between. It may be strange, but I mean that in the best way possible.

One thing you’d never change about your school is:
As cheesy as it sounds, the people. You’d be hard-pressed to find a place that holds as many passionate people as Sheridan. There’s just an intense sense of excitement in the atmosphere when you throw that many driven people in one environment together.

But one thing you wouldn’t mind seeing changed is:
The number of typefaces we have on our computers. You can never have enough typefaces.

Someone gives you $1 million to soup up your school. You use it to:
Build heated walkways outside the buildings — keep the whole place toasty. Also to get more Maya licenses.

Once all that’s out of the way, I’d have us invest in a lot more VR equipment. It wouldn’t just be useful for VFX/Gaming work, but any kind of digital art. It’s amazing how intuitive painting and sculpting in VR can be.

If we could get our hands on some really hefty motion capture equipment on top of all that, I don’t think I’d ever leave. 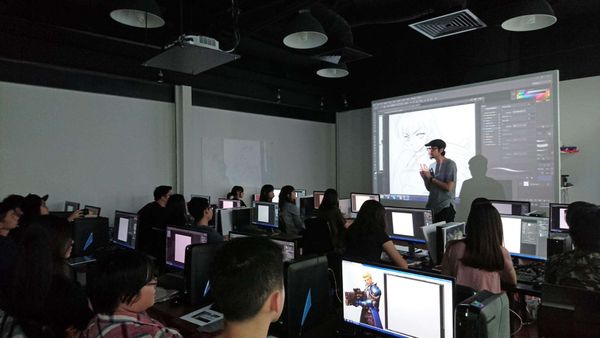 Whether you’re already at school, looking to find a new school or even considering moving overseas to study, nothing beats hearing from the students themselves! We speak to Shaunak Roy about the ins and outs of studying at 3DSense Media School in Singapore. The SpecificsWhat’s the name of

Directing an animated short is the ultimate chance bring doodles to life, and to solve a lot of creative problems along the way. For my master's thesis in Bournemouth University's MA 3D Computer Animation program I directed "Hand Wash, Line Dry", a fifties inspired animated short about a sassy bird