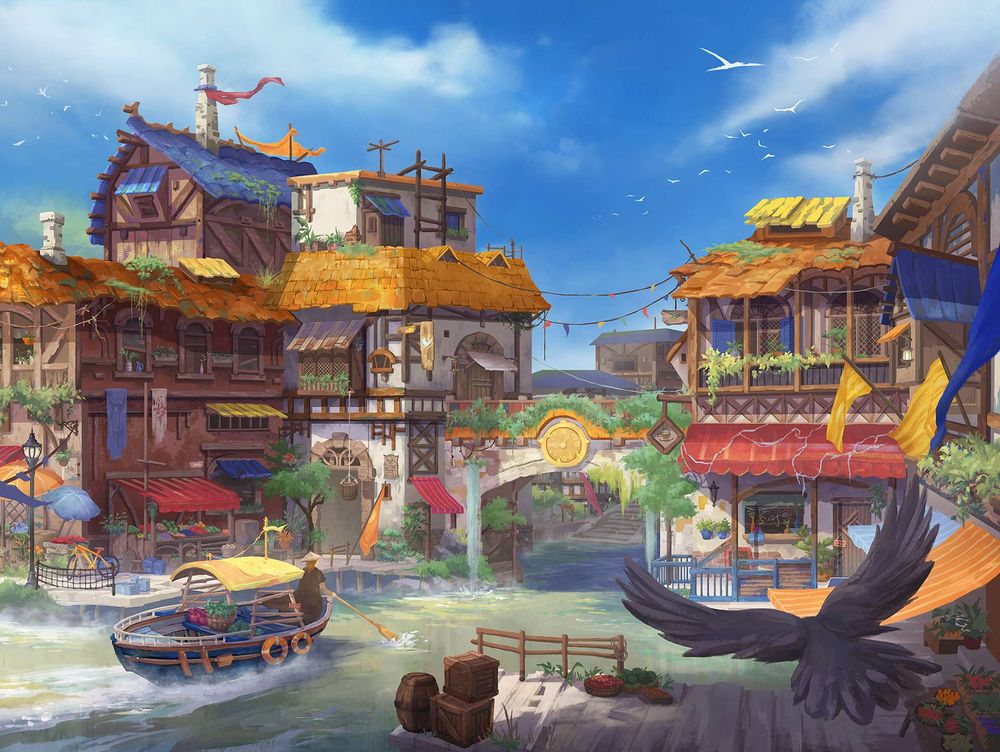 How SketchUp and a Good Brief can Enhance your Concept Art

My general workflow of creating projects is to give myself a brief or a story first, so that I can have a clear mind of what I need to create in the next step. The plot of this project is that after the invaders (butchers) destroyed the peaceful town, they

My general workflow of creating projects is to give myself a brief or a story first, so that I can have a clear mind of what I need to create in the next step.

The plot of this project is that after the invaders (butchers) destroyed the peaceful town, they burned the whole town down and in its place, created their own twisted den filled with criminal activity and illegal trade. I firstly brainstormed the keywords before expanding outwards and establishing the groundworks for a bigger picture.

Since the story setting is located in a Medieval town, I gathered references online to better understand the structure of Medieval buildings. I sketched out the buildings from the references, creating various thumbnails in elevation view and quarter view as well. However, I ran into the trouble of the design looking too similar to the references and lacking in uniqueness.

After that, I exaggerated some areas of interests, both adding and subtracting elements to make it look more interesting and lively. After finalising the design, I created a model using SketchUp to ensure the proportions and perspective were correct. 3D software is a handy tool to set up my lighting in the scenes and that gives me a guideline to paint further details.

After designing the architectural prop, it gave me an idea of how the whole town looked like. I wanted to focus more on the lifestyle. The idea of it was to create a three-quarter design depicting the outdoor trading space and the general layout of the marketplace. I plotted out the basic shapes and forms with SketchUp first, putting in human dummies for scale. Afterwards, I worked on line art to add more details before I moved on to rendering.

Having created the three-quarter view design, I moved on to designing the production shot, to capture the key moment. At this stage, I spent some time on gathering references and to get a feel of the environment. My idea was to create a bustling marketplace and to illustrate how citizens interacted in the space and went about their daily lives: celebrating with friends and selling goods. I roughly sketched out the overall composition and started adding details. Having loose line work makes my ideas come up faster. After planning out the whole layout, I put the characters in to add more stories inside.

After that, I wanted to draw one more marketplace production shot to challenge myself. This time trying something totally different from my usual painting workflow. In this painting, I tried to draw as detailed as I could. Even if it was a small object, I still spent the time rendering the texture out. In addition, I also wanted to make use of colour to talk about the story, creating a cheerful and peaceful atmosphere.

Based on the story, the town was occupied by invaders (butchers) and eventually turned into a ruined den of villainy. I set the location to swamp tribe and designed butchery as the main architecture. I firstly collected the references of butcheries, to familiarise myself with the grungy brick and stone texture.

After that, I used ZBrush to create rock tiles that helped me visualise texture and mood colour.

Creating small callouts next to the architecture made the overall design look more complete and interesting and also helped me understand the condition of where the butchers work. And the mood painting was to show how the swamp village looked at nighttime, with fireflies flying around. I wanted to create a feeling of mystery and fantasy.

Once I was done with the exterior of the butchery, I moved on to designing the interior. I gathered references of a butchery kitchen and analysed it. I had to make sure my design looked like a butchery kitchen and the elements inside were in the right place. I did not want it to be too high fantasy and chose to keep it grounded.

To make it look more interesting, I put some graffiti on the wall and water leaking as well. By following the “big, medium, small” theory, I made the soup pot bigger to highlight it as the focal point and added highlights at the entrance to lead the eyes from entrance to the soup pot. This created a walking path for characters to walk through the space.

Having finished all the props, I started creating keyframe design. Firstly, I created various thumbnails by using different techniques.

The keyframe below was to illustrate the swamp environment with overgrown vegetation by using the photo-bash technique. When creating composition, I always used leading lines to lead the eyes from foreground to background or vice versa. This can help create depth and show the movement of a scene. As always, to check the proportion, I created a guideline to check the 1,2,3.

To make the weapons look more dangerous and twisted, I used sharp shapes and irregular form. To make it easily build in 3D afterwards, I rendered the weapons in details and to show various materials.

This is the first time for me to breakdown my project’s process and to go into details about it. I hope the content of this article was useful to the readers. Thanks for reading.

While studying architectural design, I became interested in game and film concept design. I have a passion for designing environment, character and prop design. 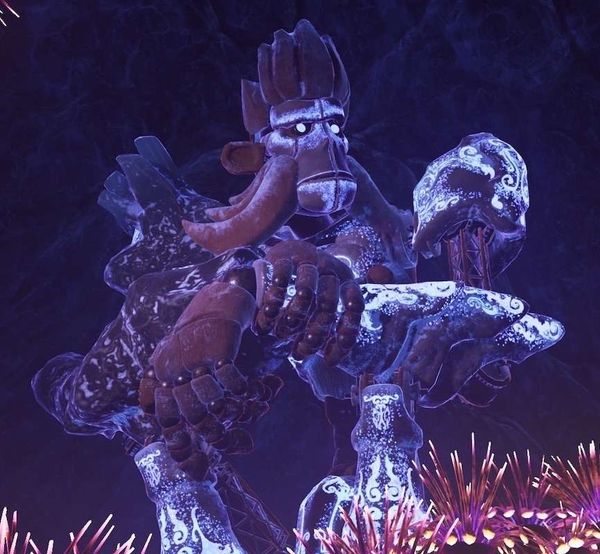 Think about it, what do we call art? We call something art when it impresses us beyond our understanding of how it’s possible often comparable to magic. We call a person an artist whether they are a painter, a dancer or a martial art practitioner when they are skilled 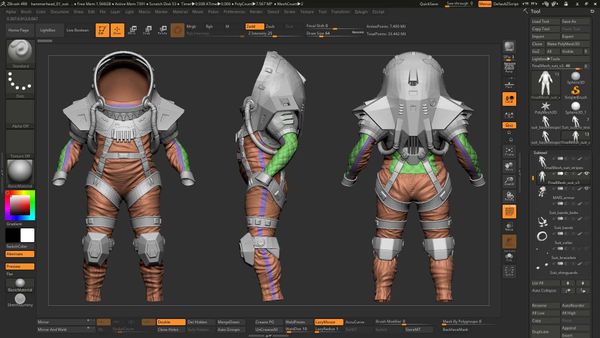 In order to create a good texturing & look development demo reel, it's a good idea to demonstrate you can create a photorealistic rendering from a single concept illustration, but it can be a big challenge. I decided to move forward with a concept of an Alien Suit that would allow