How To Create Realistic Characters in Maya

In this video series, 5 artists demonstrate their respective technique in creating realistic 3D characters in Maya.

In this video series, 5 artists demonstrate their respective technique in creating realistic 3D characters. The artists featured in this series come from different industries and work in different versions of Autodesk Maya.

Each was given 5 minutes to showcase how they work to inspire others to try new approaches.

Lead 3D artist Yin Shiuan demonstrates a time-lapse of his hair grooming process for recreating Cable from Deadpool 2 (as played by Josh Brolin.)

3D character artist Yeonjong Son demonstrates a time-lapse of his process for recreating the likeness of Willem Dafoe.

3D character artist Seungnam Yang demonstrates a time-lapse of their process for creating a realistic 3D head with Maya and Arnold.

Here, 3D artist Bilguun Vorshilov breaks down his process to create a render of Deadshot from Suicide Squad, as played by Will Smith.

Want to be a part of Autodesk's next round of 5x5? Drop them a line here.

START DEVELOPING YOUR OWN TECHNIQUE.
TRY MAYA FOR 1 MONTH 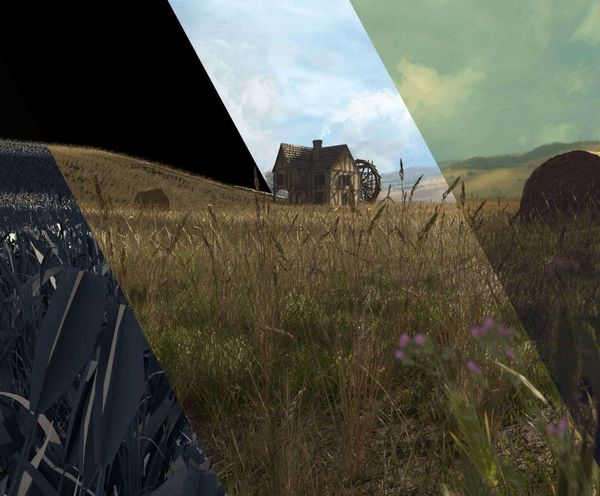 Some images can be interesting for their lighting, others for the composition and colour grading.In my case, I sketched my idea. I was searching for a good composition and wanted to try a different format from what I am used to.

Creating the smoke trail effect was a technical challenge. Simulation of fluids such as smoke, fire, explosion, and water in Houdini is calculated in the bounding box. Since the bounding box is a voxel unit, the larger the box, the longer the simulation time.