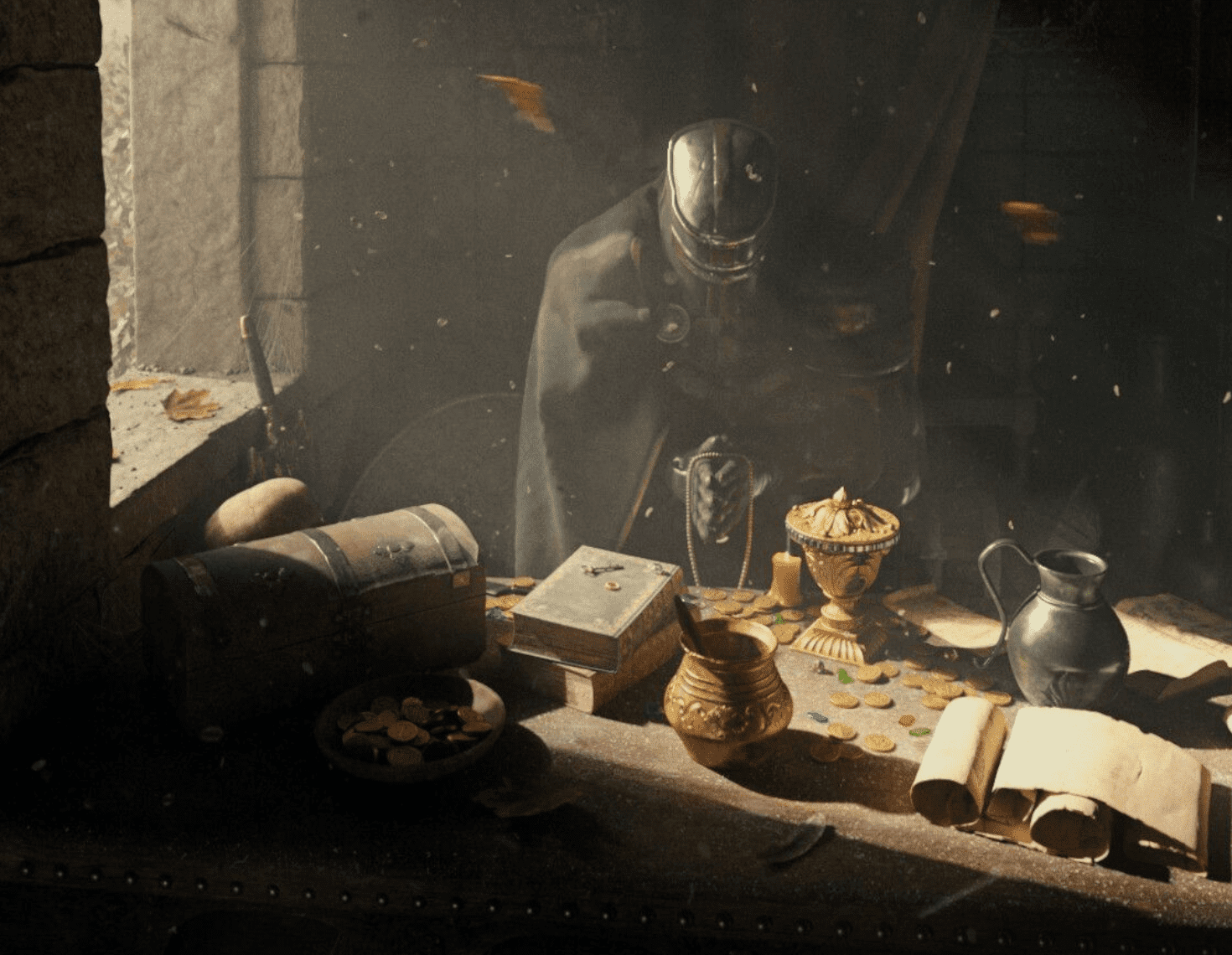 The first step is to find an HDRI to realistically illuminate your overall scene, and especially if your environment is exterior. The HDRI choice can completely change the mood of your scene, so choose wisely!

Robin is a 23yr-old studying in his last year at New3dge in Paris. Alongside his studies, Robin is also doing an internship at Nki Studio in Paris. Robin aspires to be environment / lighting artist. In this post he shares with us his process for making realistic CG environments using 3ds Max and V-Ray.

Referencing several personal projects that I have done, I will try to explain my process to create a full CG environment in a few steps. That is to say, the set up of my scene, the lighting, the fog, my assembly/modeling/shading, the rendering, then the post production I do in Adobe After Effects.  I will talk a bit about which plugins I use, the process, and why I use them.

In 3D, there are hundreds of ways to achieve a result, what I am describing here is just one way to do it. I have learned a lot and have refined my processes alongside my studies. But of course, everyone is free to create their own process. And of course, I do not pretend to have the background to teach a way to work, but maybe it could help new artists who are just getting started!

The very first thing I do when starting a project is look for references - it could be photos found on the internet, images from movies or sometimes concept art. This is a very important step, but the most important thing will be to continue to study this reference as you work on your project so as not to get lost. I often use PureRef to make my reference board.

As you can see above, I only chose one concept art image which is Carlos Ortiz Corridor from Antoine Boutin. I used this concept as a reference for the colors. I also chose several real images, so that I don’t lose the details that will give realism.

[Collecting reference] is a very important step, but the most important thing will be to continue to study this reference as you work on your project so as not to get lost.

The first thing you will do in 3D will be to choose the image format - 1920x1080 or 1920x917 for example. Then you have to place your camera in the scene to do very simple blocking. The goal is to lock the placement of the camera. By doing this, you will only have to work in the camera’s view, it will avoid wasting time by working on an asset that will not be in the camera’s view. It is also important to take care of the focal length you want to work with.

It is also important to define the depth of field you want and also what aperture you want. I always set my depth of field in 3D because it saves time - you will notice that some assets are totally blurred because they are out of focus, so these assets don’t need a lot of work. There is an image that shows how aperture affects your image.

For me the blocking part is one of the most complicated, because it could make you lose motivation. Indeed, the image is still very basic, it’s not really nice looking, so you can waste a lot of time trying to find something cool which can be quite frustrating and consuming. Sometimes you have to find the courage to delete everything and start all over again to finally find something you like!

This is one of my favourite parts because now you can give life to your scene. The first step is to find an HDRI to realistically illuminate your overall scene, and especially if your environment is exterior. The HDRI choice could completely change the mood of your scene. In addition it is important to manage the fog of your scene. In V-Ray it is called VRayEnvironmentFog.

[When blocking out your scene], sometimes you have to find the courage to delete everything and start all over again to finally find something you like!

I only tweak two values which are: the Fog distance and the Fog height. You can find a lot of interesting information on the ChaosGroup Documentation for V-Ray and 3ds Max.

Here I used 3 different HDRI for the same environment. For two of the three environments I added a VRaySun.

I have done the same process for an interior environment. For the scene in the example below, I wanted to get some “God rays” so I had to reduce the fog distance to get something more dense.

My advice for the lighting is go slowly. Most of the time I started with the VRaySun then I added more lights but not too many! You will lose yourself and you will increase your render time too. The website where I download all my HDRI is: NoEmotions

Modeling can be very time consuming, especially at the beginning when you are new to 3D. This scene, largely inspired by a mission of Red Dead Redemption 2, is the very first personal project environment that I created in December 2018. I modeled pretty much everything except some props like the chandelier and some pistols.

It was very time consuming but I gained speed by learning a lot. Today, I don’t necessarily model everything in my scene. I have invested in a Megascans account and sometimes I look for free models on the internet like on Sketchfab. This helps to gain time and is therefore much more productive. However, it’s important to know how to model what you take from the internet too.

The shading part is also one of my favourite parts. I worked in 3ds Max as much as possible so as not to waste time - the model does not necessarily have to be unwrapped, a simple UV box works perfectly and saves a lot of time.

Personally, in addition to the classes I’ve had, I’ve watched a lot of tutorials on V-Ray shading. Adan Martin tutorials are very good. It’s important not to just copy what you've seen in a tutorial, you really need to understand what you are doing. Even if it means redoing the shaders several times so it all makes sense. Once you have understood it will be very simple to quickly make realistic shaders and therefore save you a lot of time.

When I needed my shader to be a bit more specific, or when I had to add details in a mesh on Zbrush, I baked and textured my mesh in Substance Painter and then I imported it in 3ds Max.

Another important tip I could give is to always work in camera view. Personally, I don’t find it necessary to work on shading in a different angle of view, other than our camera. It is therefore not necessary to waste time detailing an object in the background; often a simple shader is enough. On the other hand, the closer the object is to the camera, the more work it will require.

It’s important not to just copy what you've seen in a tutorial, you really need to understand what you are doing. Even if it means redoing [things] several times so it all makes sense.

As I continue to look at my references and do new research I continue to expand my environment with details that will make it realistic. Just look at the world that surrounds us, there is a multitude of details, these details will make your scene realistic.

During the process I do many rendering tests so I don’t launch my final render and end up with something wrong. Don’t hesitate to lower the quality when you are doing a render test, you will go much faster. Then, when your scene will be more advanced you will be able to increase the quality. For example for my test I sometimes halve the size of my renderings. Instead of being in 1920x1080 I make render tests in 960x540 or I’ll put lower values for the samples.

In V-Ray, for the final render I use this kind of set up:

It’s also important to render certain passes that will later be used to compose and improve your image.

I do my compositing and grading in Adobe After Effects with plugins like Magic Bullet Looks by Red Giant. It is the method I have been taught at school, so that’s how I’m working on my graduation film. There are many others ways to do it, mine is probably not the best but I am very comfortable with it.

During this final stage, I import everything I have rendered from 3ds Max.

Then, I start my compositing with the RGB pass, I will add an "adjustment layer" and put a Magic Bullet Looks on it. Magic Bullet Looks is a great plugin, with a lot of "Filters" already done for you. It's important to test everything, and especially to try to create your own filter too - it takes time but then again once you understand a tool you go much faster!

Then, the order of things can vary, there is no perfect process. For example, for this project I first put the light select in "Add" or ''Screen'' and then I played with their opacity to slightly increase the intensities. Same with the VRayAtmosphere pass, it was difficult to have a nice 3D godray, so I didn’t hesitate to boost it with the VRayAtmosphere pass, in "Add" or "Screen". I used the VRaySpecular pass, once again I put it in "Add" or "Screen" and I make masks where I want to increase the specs. It's possible to do the same for each pass.

Depending on the project, sometimes I don't change much of the image I already have in 3D and sometimes, on the contrary, I can change a lot of things.

I hope this was helpful for some new 3D artists, it was a pleasure to share my process!

I studying my last year at New3dge in Paris. I’ve been working on my final project for over a year, I’m also doing an internship at Nki Studio in Paris and I’m aspiring to be environment artist

Create a new Maya scene, import the alembic cache of the skeleton and the muscles simulated, and the fat mesh. 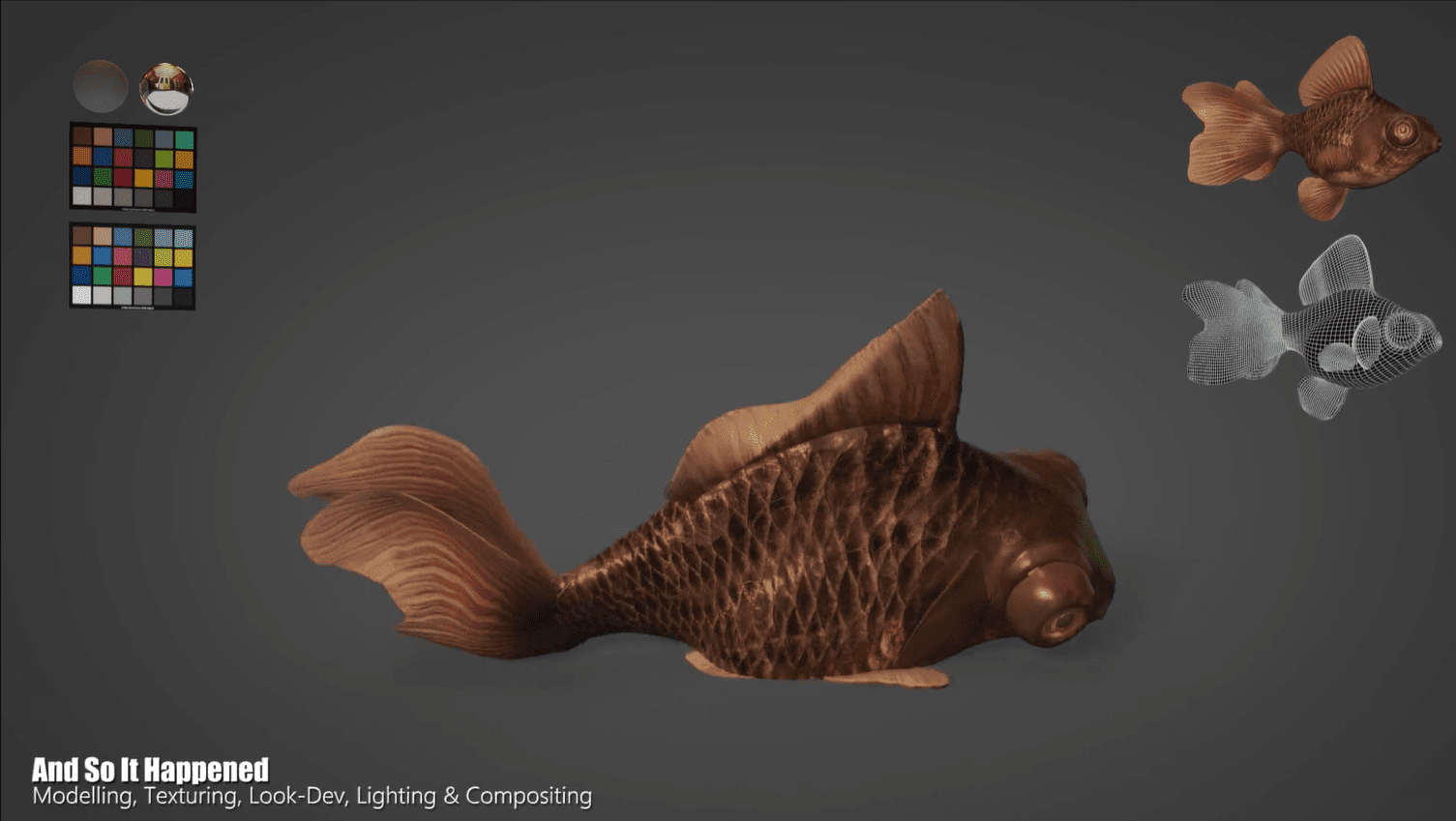