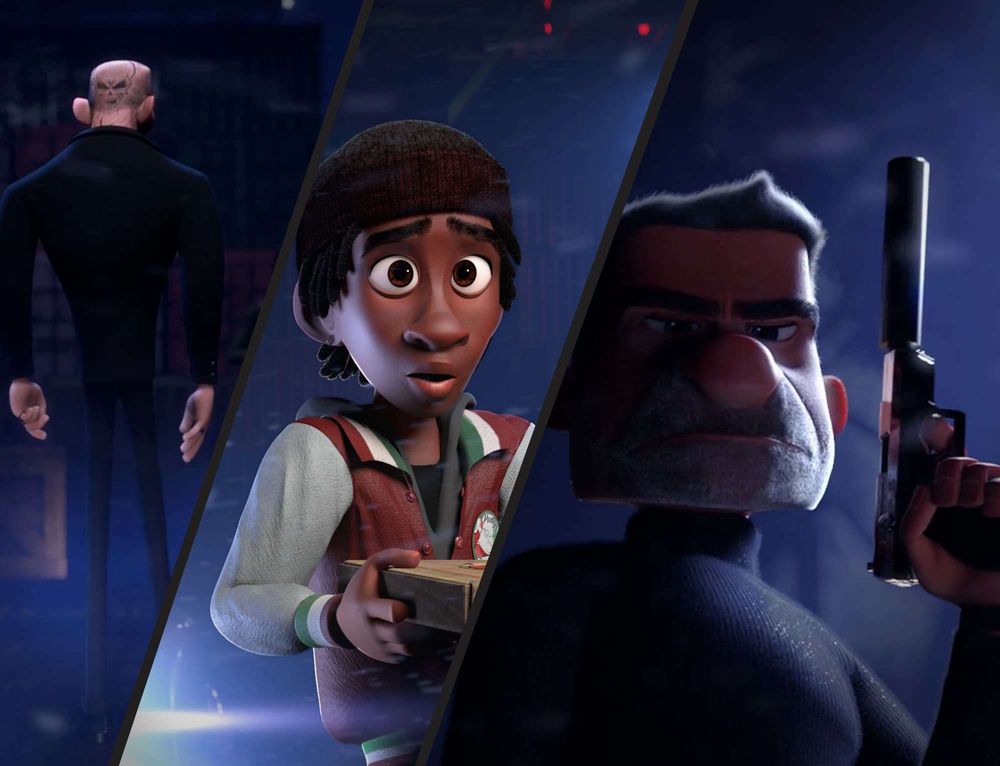 Jeremy Schaefer recently won Rookie of the Year - 3D Animation in the Rookie Awards 2020. His entry to the contest absolutely blew the judges away with its technical and creative skills. Rightly so, Jeremy is an intern at Walt Disney Feature Animation and we simply can't wait to see what films he will make in the future. Jeremy was kind enough to share some advice about lessons he learned while making his students film. Read on and learn!

Something I have found essential in my creative process is having a determined mindset to not settle.

Most often, I settle in my art, or fail to achieve my full potential, when I do not show my work to anyone throughout it’s creation. I learned to approach my work with an open mind. I understand that as I’m going into a project, I will not have this grand idea that I will simply knock out on my first attempt.

Instead, I don’t get too attached to my first pass. I try to execute my ideas as clearly as possible, but then, I show it to someone. And you know what? Most always there’s notes, and suggestions, and questions. So I dive back in. After that round, I could think, “Cool, I don’t have to show it again. I got the answers I needed.” But that’s almost never the case. Even after that round, I’ll maybe think, “Surely. there’s not more notes”, but, there probably is. And I’ve learned that this is how my work improves, and become so much stronger than what I started out with.

What Makes Me Settle

Of course, there must be a point where I have to stop, the piece must be completed. But at the same time, I’ve noticed patterns that can lead me to stopping short of what I may be capable of. I’ve found that it’s usually pride, fear, or a bit of laziness. And I most definitely am guilty of all three!

When it comes to pride, sometimes I may feel the notes are overbearing and destroying my original work or my idea. But something I learned at school is don’t ever think you have the best ideas in the room. I’ve gotten so many amazing suggestions from my teachers, mentors, friends, and family. I’ve found I should always, always, always go with the BEST idea and not be stuck on MY idea. Art is such a collaborative process, and this is how we all create the best we can.

With fear, sometimes I just feel afraid to change what I have. Lots of times I’ll believe I already have a solid base, and the notes feel like they’ll just throw everything off whack.

With fear, sometimes I just feel afraid to change what I have. Lots of times I’ll believe I already have a solid base, and the notes feel like they’ll just throw everything off whack. But yet, the beautiful thing about technology is, I can save a backup, haha. So after I remember this, I just save, and then take an hour and see what I can do to make the changes. And almost always I find those changes improved my work and were worth making.

Lastly, sometimes I just have a lazy attitude about it. Maybe it’s towards the end of the project, or I already changed it 10 times. But then I always remind myself that the project will last forever with my name on it, so I will push forward and try to achieve a note, especially if it’s an obvious one.

All this being said, you can’t hurt your mind or body by beating yourself up. But I think keeping these things in mind can help you push your work past what you thought you were capable of.

I’d like to list and show a few examples from The Box Assassin, so you see what I mean when I say to not settle.

This first one is the opening shot from the film. I originally had this shot with the package on a fairly typical house porch. It had been this way for a while and I had already begun lighting the film. I was using an asset from one of my friends, and there was nothing really wrong with the shot. This is what I had, and it worked.

Then one night I was discussing the shot with my girlfriend. I told her I wasn’t totally happy with the shot and asked if she had any suggestions. She said maybe it could be a bit more specific.

She’s from New York, and mentioned maybe a stoop. I looked it up, and I realized that would fit a lot more with the setting of the film than a suburban house. I was hesitant, very hesitant... I remember thinking of all I would have to do, "but...but...but I’ll have to make all this new stuff, and model the stairs, and the background assets, and then textures for it all.”

Right there, I could’ve settled and said nah, its fine. But I realized she had a great idea, a better idea, so I ran with it. And now it’s one of my favorite shots of the film. Thanks Anna!

Another great example is during the animation part of the production. Animation kinda ran up until the very end because I was constantly trying to not settle. I had this one shot that I felt was pretty close to final. But I continued to get a note on that shot from multiple people. People were responding to not only the animation, but also the delivery of the dialogue.

What I had could've “passed”, but something wasn’t right yet. It’s this clip right here. The animation was over exaggerated, and I gave the wrong direction to the voice actor.

Eventually, I realized the solution. Redo it, haha. I was able to find another delivery of the lines from the amazing voice actor for Craig, Jonathan Myles. Then one night, I deleted almost every keyframe I had, and started with just one pose to really simplify it. This isn’t a stand out shot from the film, but it's a great example of starting over and when you already have something there. Thanks Eric, Ray, Sagar, and Liron!

One last example is from the second semester of my junior year, where I began the pre-production phase of my film. By the end of the semester, every student is to have developed two film ideas complete with storyboards, an animatic, and visual development.

With about five weeks left of the semester, the faculty vote on whether those ideas pass or fail. The results of the vote determine what film you'll be working on in your senior year. Sometimes only one idea passes, maybe both, or even none.

I was fortunate enough to have both of my ideas pass! The only thing was, neither of those ideas were, The Box Assassin. I had spent the majority of the semester working on two totally different ideas than the film you see today. With five weeks left, I still wasn't super thrilled about either idea I had made.

It's a weird thing to explain to people; to have worked hard on something for weeks, then step back and realize you just don't love it. There was an idea I had brought up a few weeks prior, and that was The Box Assassin.

I'll admit, at first I didn't love this idea either. My professors saw some potential in it, and encouraged me to try and develop it more. After talking to them, I got the go-ahead to develop a 3rd idea from scratch. This was not practical, but looking back it was definitely the right decision. My professors encouraged me and pushed me every step of the way, so a huge thank you to them.

It took many passes, but with their help and feedback, it really became something I loved making. Again, it would’ve been easier to settle with what I had, but pushing for something better, even if it was messy, was worth it in the end. Thanks Andy and Paul!

Overall, I just want you all to realize that the film didn’t come out like this, or anything close to this, on the 1st, 2nd or 3rd pass. I know for myself, my ideas grow and develop so much from where they originally started. So don't beat yourself up early in the process. Keep pushing, and you'll get there.

Jeremy is a animator and filmmaker who recently graduated from Ringling College of Art & Design. He just released his short film, The Box Assassin, which is now available to watch online. 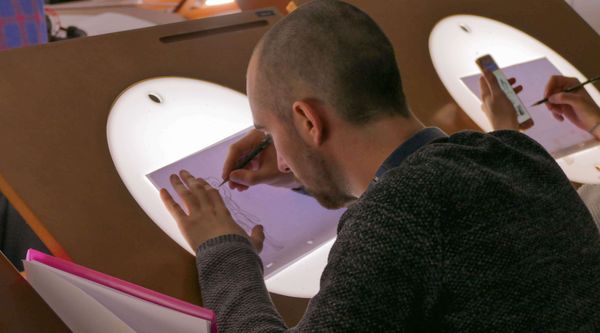 The 3D Animation program is really underestimated. When the FX artists and matte painters decide to work on an animated film, the result is of industry quality. The school even opened a 2D Animation/Stop motion program last year and students are in love with it. 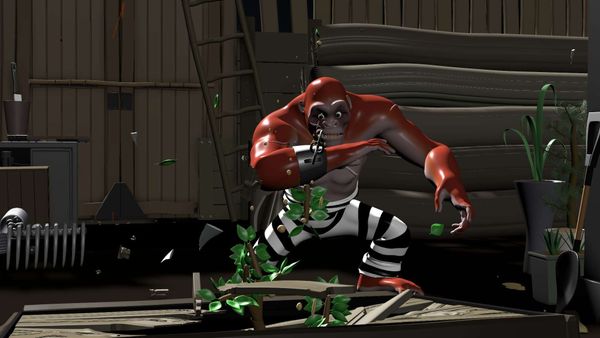 Animation looks better when it is easy to track. And, when our eyes recognise organised shapes, the movement can remain in our brain longer.