Œil pour Œil (“ooy-poor-ooy” or “Eye for an Eye” in English) is an award winning student short film produced by students from ESMA in Nantes, France. In this article we learn how having a solid plan, before starting was key to the success of this production. Hugely entertaining, with a unique style, the students nailed the look and humour.

It all started with an idea Thomas had about an unlucky, one-eyed pirate captain and his one-eyed crew. We set out to create a funny, wacky universe around the story of this captain, one that would please audiences of all ages.

At first, our teachers advised us to create a series of short gags; however, as production started, we were compelled to tell a story—one that we felt would require a bit more development than we could achieve through gags alone.

We ultimately created a series of gags linked together by a story, and that became Œil pour Œil! We are happy with how everything came together—the pitch was funny, we felt very free in the design and creation of the characters, and it all fit perfectly with the cartoonish animation style that we envisioned for the film.

Before production started, the team prioritized developing a clear, shared vision of what we wanted the film to look like. We wanted to create something original and unconventional across all aspects of the film, from character design to the final compositing.

We spent five months fine tuning the ocean simulation in order for it to look exactly how we wanted it to look, which was neither classic nor realistic.

We spent a lot of time finding good references and understanding what we liked about each one. For example, we loved the designs created by Blue Zoo Animation Studio for their short movie, No More Stuff. We also liked the crazy look of an advertisement created for Cartoon Network featuring a pirate.

The main characters in Œil pour Œil are Captain Buapalatas (wordplay on the French expression “boire la tasse” which means “to involuntarily swallow a mouthful of water when swimming” and “to lose a lot of money”—bad news for a pirate!) and Mary the exasperated barmaid. We made a concerted effort to keep these two characters in the foreground and the pirate crew in the background. It was hard to know at times how far we could push the animation as we wanted to find a middle ground with how we used caricature in the film.

The animators on the team, François and Robin, had a tendency to get a little carried away—sometimes they would exaggerate the characters’ eyes and mouths to the point that the animation was incomprehensible. Other times, what worked from a certain angle did not work from another, so the face wouldn’t look like anything at all.

To address this challenge, the animators mainly worked under the same angle once the camera was established for a shot. We started researching the artistic direction we wanted to take for the texturing and rendering the summer before production officially began on the short.

At first, we were going for something very cartoonish. In the end, we decided to use Substance Painter because we wanted our textures to look painted but not overly so. Because there is a lot of wood in the short, we were able to follow the same workflow for most of the textures. Once we finished the layout in Maya, we exported everything to ZBrush to sculpt the boards, then headed back to Substance Painter to add texture.

Related Article: How to Develop a Stylized Short Film

Because we began learning RenderMan the year prior to starting work on Œil pour Œil, we were already comfortable using the software; that said, we inevitably had a few issues along the way, just like with any other software.

Fortunately, our texturing workflow was quite simple, so we didn’t have to tweak much and had no issues going from Substance Painter to RenderMan.

Our render times were about 1 to 1.5 hours per frame—we were surprised it didn’t take longer! This ended up being very useful because it allowed us to do as many retakes as we needed. As a team, we were well organized, quickly identifying the shots that would likely take a long time to render so we could work on them first.

A significant challenge we experienced while making this film was the rigging. We had to create a rig that was universal enough to be used on most of the characters, while still giving us the freedom to animate specific facial features like the eyes and the mouth. The main issue at the rigging stage was optimization. The animators needed to move each part of the face depending on the camera angle. We knew the mouth rig would be tricky.

Sometimes, the characters’ mouths are wide-open, the tongue and teeth visible; other times, their mouths are off to one side of their faces and completely closed. We saved time by giving the exact same mouth to each pirate, a choice we made when designing the characters. We also created a generic rig for the pirate crew that allowed us to use one basic pirate as a template for the others.

Another considerable challenge we faced was the abundant use of water throughout the film, present in 75% of the shots. We spent five months fine tuning the ocean simulation in order for it to look exactly how we wanted it to look, which was neither classic nor realistic. Alan, our FX artist, had to learn exactly how to achieve what we were looking for. We wanted something that was stylized, cartoonish, and not too heavy, but we couldn’t find a good reference.

We ended up dividing the ocean into two parts: a mesh that is animated and simulations around the objects such as the ship. The hard part was making sure the simulation would match the animation, which was cartoonish and fast. We had to speed up and slow down the simulation in order to find the right balance.

Finally, another challenge we really enjoyed working through as a team was a closeup shot of a mug of beer. We wanted the viewer to wish they could drink it and drew inspiration from real beer advertisements, particularly the condensation droplets. With the beer you see in Œil pour Œil, these kinds of realistic details are visible, even if the foam is relatively cartoonish.

In order for us to stay organized, we used ftrack to guide the production of Œil pour Œil. With ftrack, our teachers were able to monitor our progress and provide us with feedback on the film. We also used ftrack as a tool for comments, review sessions, playlists, and more to facilitate constant communication.

This helped us get into the habit of presenting our work for criticism, which is something we regularly have to do in the professional studio environments we now work in.

The sound design and music play an important role in Œil pour Œil. We wanted to reference  the sound universe of iconic 8-Bit video games like Super Mario. Our music composer, Jeffrey Brice, and Studio des Aviateurs (sound design) were able to find the right style through repetitive, chiptune-like music cues and classic video game sounds. For the voice acting, we were lucky enough to work with former ESMA student Antoine Perrichon.

At first, we thought we were going to record him for some initial tests, but he was so good that we kept everything! Antoine voices Captain Buapalatas and the whole crew. Mary is voiced by Avital Sthapura, who did an amazing job, too.

Finally, we made the creative decision to make the language of the film nondescript. While some of the words and expressions will be recognizable to a French-speaking audience, the dialogue will make sense to audiences of all languages.

All said and done, we learned a great deal during the 18 months we worked on Œil pour Œil. Not just about art and technical requirements, but about how to work as a team and organize ourselves as we would on a professional production. Each of us improved not only in our respective fields, but also as collaborators.

The communication within the team was excellent and our teachers were invaluable resources along the way.

Today, we have all found jobs with studios in Montreal, Paris, and London, which feels amazing after a long period of hard work.

Alan is an FX artist who recently graduated from ESMA Nantes, France. He was co-director and visual effects director on the short movie Oeil pour Oeil. He is now working at London. 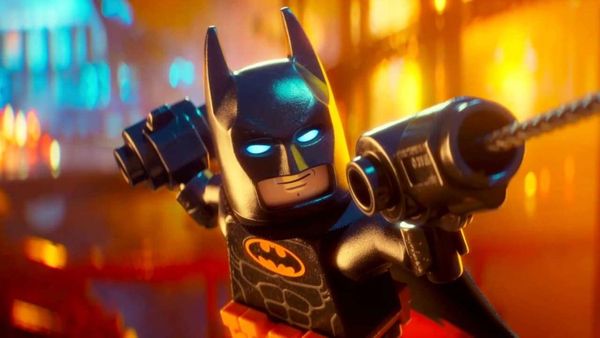 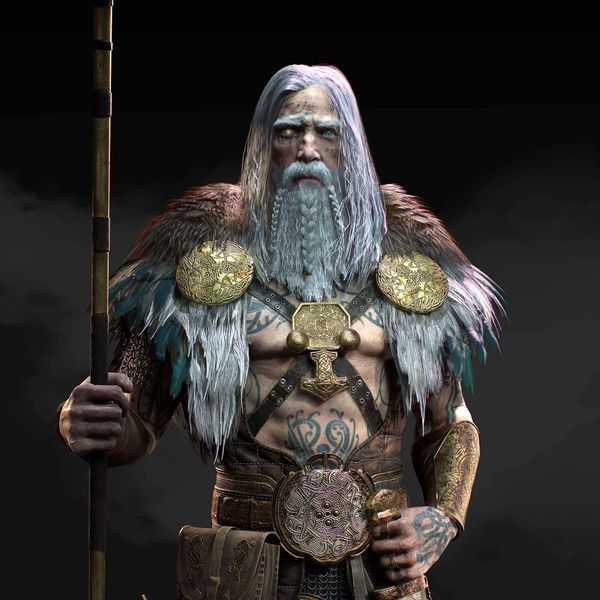