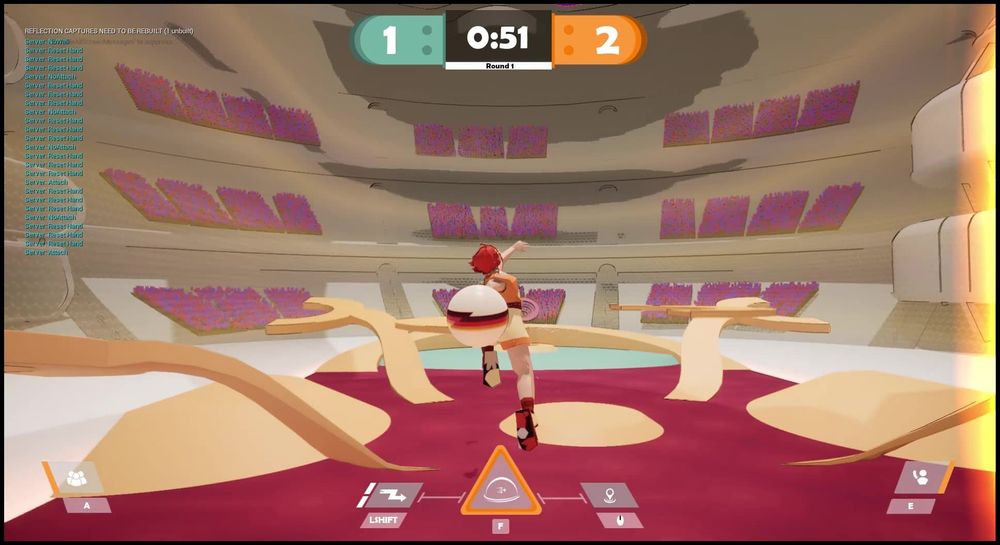 Simple Game and Level Design Tips to Enhance Your Game

Graduating at Bellecour Ecole and aspiring to be a Game designer, Hugo Bouvet, shares his tips to improve gameplay based on his entry to the Rookie Awards 2022.

Hugo Bouvet is a student at Bellecour Ecole majoring in Game Design. Developing a game as their graduating project, Hugo and his team decided to create a multiplayer game based on cooperation and dynamic motion. The project received great feedback and was enjoyed by so many, that the team decided to submit it to the 2022 Rookie Awards. Learn more about Hugo’s tips for designing your game and its levels.

What makes a game fun to play is most of the time related to its gameplay - this is what will keep the player entertained and will ensure they have a good time. I think that no matter its level of details and polishing, a game can be quite boring if its design part has been left aside.

However, it is actually fairly simple to work on your game design if you have the right methods and it will enhance the game experience if there is already a well-rounded art style. I’m going to show you the process we’ve gone through with Slammin Legends and I will share some tips to improve your overall design.

Identifying your intentions and stating the feelings you want to share through your game is really important to start designing your gameplay. It will help you to design systems of mechanics that are complementing each other and create the experience you want to convey.

On Slammin Legends, we started to brainstorm as a team and wrote down everything that came to our minds, then we took the time to merge these ideas and keep the most attractive ones. We ended up with our intentions: a cooperative sport game, using special abilities, in a positive environment.

After you have defined your intentions, it is mandatory to take some time to look for references emphasising how you visualise your game. You can find some games, movies or activities, and if they match your intentions you should start to see a unique vibe emanating from your moodboard.

Here are the references that inspired us for Slammin Legends:

This may be reassuring if you are an artist but you don’t have to design a very deep and complex mechanic to make your game enjoyable. As we say “Efficiency is elegant, and less is more”. Based on your intentions and references you can start to imagine some very simple mechanics that will convey the intentions you want to share, and they don’t have to complete each other yet, the objective is to find the one which in game is the most satisfying to play with.

I advise you to read Iterating mechanics by Avram Dumitrescu if you want to get deeper in the process.

As we were mainly inspired by basketball we started to design simple mechanics like throwing a ball, and we also added a dash to move faster and steal the ball from the hands of your opponents. Once we had enough mechanics to test on our prototype we started to test them together.

The most important step to create the fun within your game is to test your mechanics, and note everything you find relevant in order to improve them: How the players interact with it? What makes it fun? How would the game be if I get rid of it? What does it bring to the experience?

It could take you some days, or even weeks, but at some point you will find the mechanic that makes your game unique and fun.

We found out that it was actually diverting to have a ball in your hands and try to keep it away from the other players, on the other hand there is also an interesting stake when you have to steal the ball from the other players. We decided to keep these mechanics and improve them in order to “cultivate” what makes them satisfying.

Once you get your main mechanics, your goal is to find the best way to highlight them. You need to think about some rules that will shape them to fit your intentions, and it will naturally add some depth to your previous “simple” mechanics.

If you want to know more about adding more depth into your game, here is a great article by Alex Kubodera I relied on.

One of our intentions being set on cooperation, we had the idea to encourage teamplay by creating a score multiplier when passing the ball to your teammates. The more passes you make, the higher the points you can score will be, and this would increase the number of passes happening during a game.

As you can see here, by simply adding a rule to your mechanics, you can reinforce the presence of your intentions. This is where the art of game design begins.

In a multiplayer game it is important to keep in mind that in order to have a fair game, every action needs to respect a certain balance. Each of them needs to have a reward and a punishment, and you need to be careful to avoid falling in a loop where the rewarded players will keep being endlessly rewarded, this is a retro-positive loop. You actually want to punish the player because this is what makes the game challenging and creates a stake.

If we take a closer look at our score multiplier rule for instance, we balanced it in the following way:

The multiplier increases as long as team A is passing the ball. If team B manage to steal the ball, they are rewarded by keeping the scorable points and team A is punished by losing the ball possession. We can say here that team A was actually punished by team B, this is a natural punishment. However, in order to avoid the retro-positive loop effect, we decided to create a punishment by slowing down a bit the speed of the player carrying the ball, which makes it easier for the other team to recover the ball.

Once you understand this concept of balancing, you can even imagine adding more mechanics to your game, to develop your current system and deepen your intentions.

Seeing how our Slammin Legends was starting to gain more depth in its gameplay, we wanted to expand the complexity a bit in order to bring more freedom and creativity to the game. We decided to add some special abilities to the players while being as simple as possible. So we spent a lot of time thinking about abilities that could be used both in an offensive and defensive way, and would remain usable by every player. Moreover, adding special abilities would be beneficial in every aspect: it would bring more strategy and cooperation, make our game more unique, and allow a place for creativity.

We finally came out with these new mechanics:

After finally exploiting your mechanics, you have to test them over and over in order to balance them as much as you can, and be sure that both the fun and your intentions remain still. I suggest you test your game with different players, observe their reactions and send them a form to know if they understood your intentions and if they enjoy playing the game in the current state.

Once your gameplay starts to be satisfying, it is time for you to design your game environment with some level design. Your objective is to create an environment relying on two major points: guide the player to its objective, and use the game mechanics to reach that objective. Slammin Legends being a multiplayer game, we also need to think about having a balanced level.

We started to look for some court references based on our intentions and quickly analysed them. Most sports courts are symmetrical, have a defense area, a center and a goal. For our game, we wanted to encourage aerial moves and have different ways to get to the goal, so after taking these elements into consideration we started prototyping.

We designed some high ground areas in order to create some aerial plays and we also designed a relatively flat space in the middle to create a sort of a sandbox where the players could place their abilities freely. We also relied on these elements to drive the vision of the player to the opposing goal. Since the ball is often standing in the air and the players are looking at it, we used colours as a landmark both in and out the court to always provide them with guidance on their current location on the court.

A lot testing is required before you actually get to see the player going through the level in the way you expected him to go. During each test you need to check if: the metrics are good, the objective is easily identifiable, and the level can’t be completed without using the main mechanics.

These are probably the main points you will have to improve every time, but these improvements will shape your level and if you stay steady you will end up with a well-rounded level design.

Finally, you have a balanced set of mechanics that are completing each other, you have a level highlighting them and guiding the player to their objective. All you need now is to add some juice to your game. The juice is like the cherry on the cake, this is what makes an action satisfying to complete. Most of the time the juice is added through screen shakes, smooth UI animations or a short melody. Use your artistic skills to create your juice!

I recommend you to watch this video from Game Maker Tool Kit to know more about the Juice.

"Here we add some Game juice and we try to find the Magic..." - Tommy Norberg

On Slammin Legends we decided to use both sounds and visuals as a way to get a "juicy" gamefeel. When a player is scoring a goal for instance, a commentator and a crowd are cheering in the arena, and some confetti are rising from behind the goal.

We mostly relied on VFX particles and voice acting, but you can also think about adding slow-motion effects, different camera angles, or anything that makes your action feel satisfying!

This is the entire process we followed as we designed designed Slammin Legends. Starting from simple mechanics to creating a deeper system, and keeping the playtests consistent and relevant in order to find what makes your game fun, are the keys to enhance the game experience you want to share. I believe that coupled with a developed art direction and polished assets, this process has everything to make your game stand out.

Thank you for reading so far! And don’t forget to check out our full project here.

Game design graduate student, specializing in UI/UX, and passionate about designing gamefeel. My objective is to make competitive games that gather people together no matter their genre, skin or age. 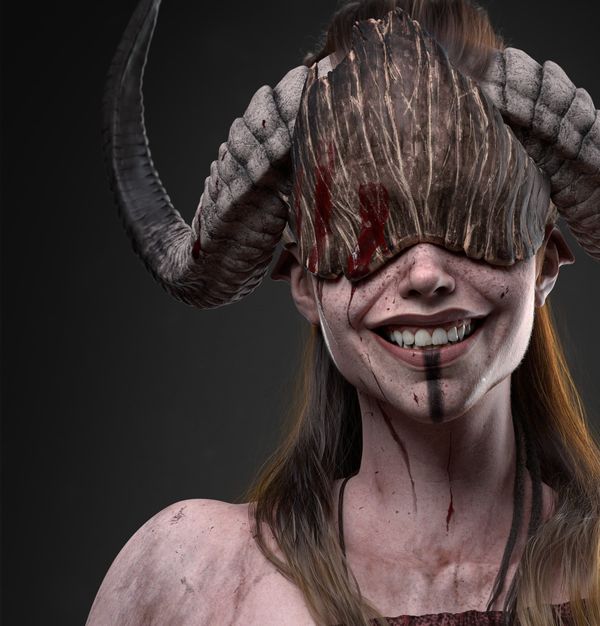 From an idea to a rendered fully original character. In this breakdown, ArtFX graduate Robin Isola, details the process behind the making of "Banshee" in Zbrush, Maya and Arnold. 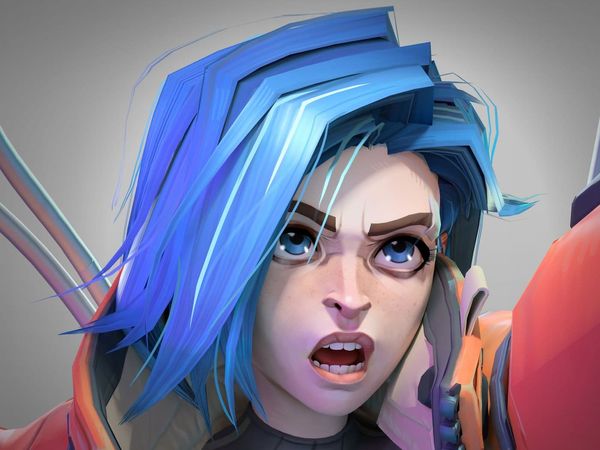