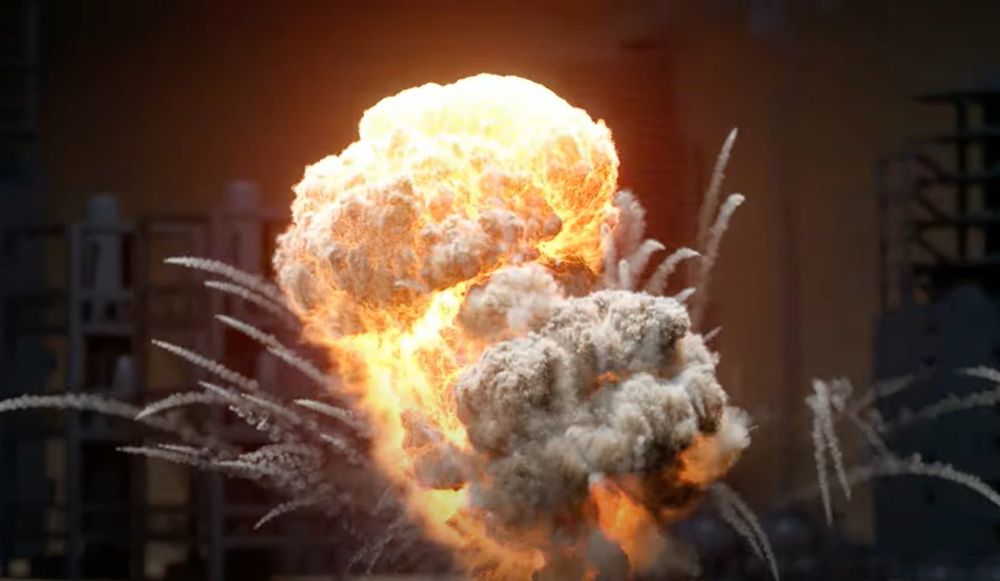 The power of Houdini's procedural system that empowers artists to work freely, create multiple iterations and rapidly share workflows is being clearly demonstrated by aspiring artists on The Rookies. Check out these inspiring projects!

The Rookies provides you with a slick portfolio to showcase your work to the world. It's more than a standard portfolio that other sites offer, it's a resume and record of all your achievements.

If you are an aspiring FX TD and you are building your FX Portfolio, check out these crazy good, made-with-Houdini projects for some inspiration, and get your creative muscles a-flexing!

Houdini seems to be the holy grail of software packages these days with studios desperate to hire anyone with knowledge of this platform. The power of its procedural system that empowers artists to work freely, create multiple iterations and rapidly share workflows is being clearly demonstrated by aspiring artists on The Rookies.

A White shark 3D animation jumping out of the water. Inspired by the work of Chris Fallows. Composed by five students of Isart Digital.

Houdini explosion in an industrial unit

"This is an attempt at making an explosion in Houdini. Tweaking with the pyro burst and trail sources was fun! The comp was made in Nuke."

"After a long time without personal projects, I've created this Nordic Base, started during my live streams on my YouTube channel. I spent two weeks on this project using Houdini, Maya, Clarisse, and comp and matte painting in Nuke. I hope you like it!"

"My first RBD simulation in Houdini I did last December for a university project. I did all the modelling, texturing, lighting and simulations in the scene."

"After the Pacific Rim movies I always wanted to make a large scale scene with a water simulation. With Houdini you can achieve your ideas."

Locomotive smoke simulated with Pyro Solver. To have more control over the smoke, pumps were created with different velocities.

A spooky environment made in one day using Megascan assets, Houdini/Mantra, Nuke and Photoshop.

The concept of this project and all elements were created by Urko Galdona. Procedural modeling was done in Houdini for the quartz and castle, and terrain geo created with Houdini heightfields tools. Field textures & grass from Quixel megascan. Fog and clouds volumetric layers also made using Houdini.

"We were asked to create some sort of simulation for this project. I chose to create an advertisement for SpaceX's upcoming interplanetary travel. I created the environment in Cinema4D and all simulations in Houdini."

Old School Cyberpunk The Final Work of VSFX705 from SCAD.

"This was a fun project I have created based on my favourite game, 'The Legends Of Zelda'. I made everything from scratch: the models and animation in Blender, and all the simulations in Houdini."

"This is a personal project I worked on. Modeled in Maya and ZBrush, Textured in Substance, water sim created in Houdini, rendered with Mantra. I also used some assets from Quixel and Turbosquid."

"The Sim was made in Houdini, and the assets in 3dsMax. Adding the bubbles was a bit challenging but I made it through!"

The artist who created this project used Houdini and rendered it with Vray.

The Rookie Awards 2022 yielded some of the most amazing entries we have seen yet. In this article, we are sharing a selection of the best made-with-Houdini entries we've seen this year.